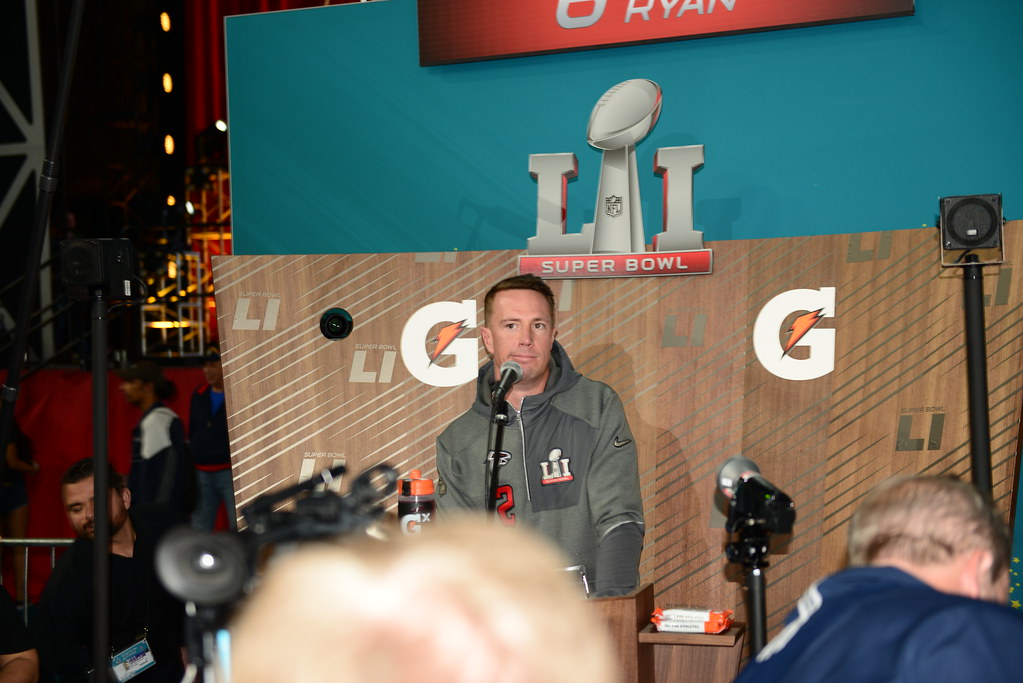 As the 2021 NFL Draft is days away, franchises are getting ready to draft cornerstone collegiate prospects for years to come.  QBs Trevor Lawrence & Zach Wilson projected to go to the Jaguars and Jets respectively at picks 1 & 2. As for 49ers at No. 3, the options are Ohio State’s Justin Fields, Alabama’s Mac Jones, or North Dakota State’s Trey Lance. Smart money says Fields in my opinion. The Falcons at No. 4 could draft a QB.  However, I have three reasons as to why they should steer clear of doing so.

An argument I hear via social media for drafting a QB is his age (35 soon to be 36 on May 17th). Here is the thing: the last I checked, Ryan does not play defense and is not on the offensive line. Matt Ryan has been great since 2016 and I have the numbers to prove it.

Three of the five QBs were drafted in the 3rd round and beyond (Brady – 6th round, Cousins – 4th round, Wilson – 3rd round). Am I conjecturing that there will another Tom Brady, Kirk Cousins, or Russell Wilson? No. The point is that there is a value at the QB position beyond the 1st round.

QBs like Kellen Mond of Texas A&M, Kyle Trask of Florida, and Davis Mills of Stanford will be around on Day 2. Plus, there is no rush to start them because Ryan’s play should GM Terry Fontenot and HC Arthur Smith go that route. There is an out in 2022 should they decide to move Ryan.

There have been several changes that have transpired at the QB position over the last two months. From the retirement of future HOF Drew Brees of Saints to the Panthers trading for Sam Darnold, there seems to be a level of uncertainty going into this upcoming season. The Falcons possess the 2nd best QB in the division behind some guy named Brady in Tampa Bay (maybe you have heard of him).

The Falcons have continuity at arguably the most position in the NFL. The defense is not great as they gave the most yards in the league. New Falcons DC Dean Pees mixes a crowded line of scrimmage with twists and stunts, which will work perfectly with Atlanta’s athletic inside linebackers.

Imagine Foyesade Oluokon, Mykal Walker, Grady Jarrett, and Dante Fowler in this scheme. There is a tremendous upside for all of them here. Plus, there is depth on day 2 and beyond at safety to replace the departed Keanu Neal and Ricardo Allen.

I understand the critics who will say one player does not make a difference on a team that went 4-12. While that sentiment is valid, my counterpoint is that no defensive player is worth a top 5 pick. I love Patrick Surtain II as a lockdown corner but he is a top 10 pick. That being said, get a playmaker who helps you at a future need at TE.

Hayden Hurst is a great TE who was a 1st round pick in his own right of the Ravens back in 2018. Drafting Pitts is not an indictment of Hurst; if anything, it gives you two quality TEs and more options for Matt Ryan.

To me, WRs Julio Jones, Calvin Ridley, and Russell Gage (entering the last year of his contract) are a solid trio on the outside. Now, picture Hurst paired with a guy like Pitts. He is another WR with his 6’6”, 245 lbs. frame with an unofficial 4.44-second 40-yard dash. To me, you cannot pass on that. As I mentioned earlier, you can acquire multiple pieces on Day 2 on defense.

Why Joe Burrow will be the next great QB and nobody is talking about it
Ranking Each 2nd Overall Pick from the last decade
wpDiscuz
0
0
Would love your thoughts, please comment.x
()
x
| Reply