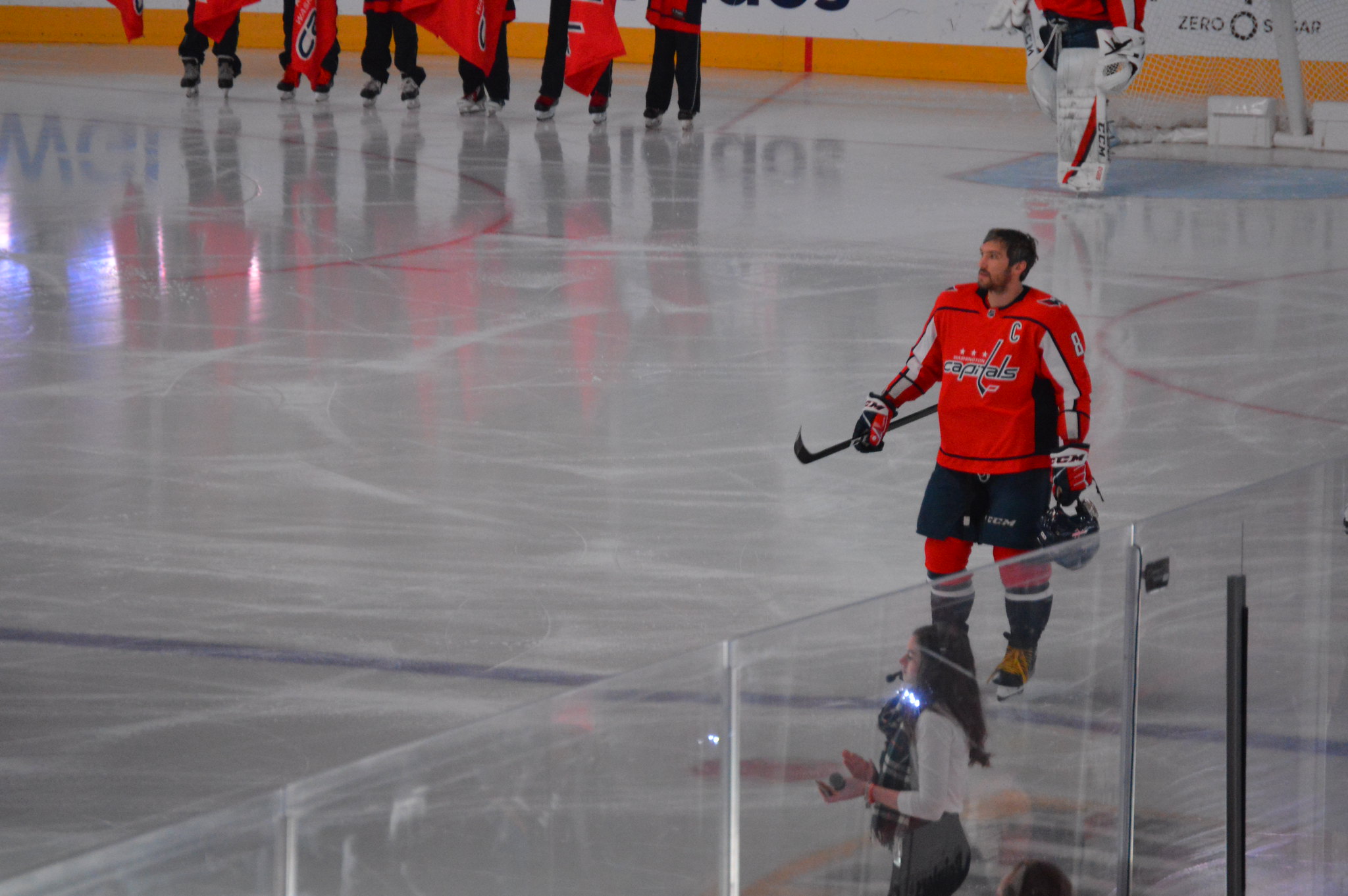 Who is the Best Line in All of Hockey?
Year by year it seems to be a debate that truly never has a sure-fire answer. Which line is truly the best? Now some scenarios around the league see lines constantly being shuffled such as over in Edmonton. So it adds another layer to the already spirited debate. So, here is my breakdown of the top lines in the league and who I think takes the crown.

5. Washington Capitals  Alex Ovechkin – Evgeni Kuznetsov – Tom Wilson
This line has it all, one of the greatest goal scorers in the history of the game, a hard-nose player that can put a puck in the back of the net, and one of the better centermen in the league. Ovi is sitting at 730 goals good for sixth place in NHL history and just one behind Marcel Dionne. I don’t think I have to explain how good Ovi is. Kuznetsov can be the heart and soul of this team, when he is doing good, the Caps are doing great. He started the year slow but has picked it up as late having 9 goals and 19 assists on the year. Tom Wilson is one of the most notorious players in the league. Whether you love him or hate him he does have some skill and compliments the guys on his line. He’s having another decent year as well with 11 goals and 18 assists.

4. Toronto Maple Leafs *Insert Left-Winger Here* – Matthews – Marner
All joking aside you can legitimately insert any left-winger on the Leafs into that slot and it’s going to be successful. There’s been a rotation of them including Alex Galchenyuk, Joe Thornton, and now Nick Foligno. Where this line sees all its success is the unbelievable chemistry of Auston Matthews and Mitch Marner. Marner is one of the elite playmakers in the game and can dangle his way through a team and roof one at any given moment. Then, at Centre, you have the best goalscorer in the NHL in Auston Matthews. A lethal shot that can strike at any moment with his quick release and a defensive improvement from year past puts this line up with the best of the best.

3. Edmonton Oilers Nugent-Hopkins – McDavid – Puljujarvi
When you have the unanimous best player in the game on your line it’s going to be a top 3 line. The Oilers have shuffled their lines a BUNCH this season. Which is what made this such a tough choice. When Draisitl is with McDavid it is unmatched. So I went with the Nuge and Puljujarvi combo for my entertainment. Puljujarvi has had an unreal comeback season sporting 12 goals and 7 assists. Nugent-Hopkins has had a good year as well on the verge of him becoming a UFA, with 13 goals and 14 assists. He started the year on fire but has slowed down as of late with injuries. I said it once I’ll say it again, McDavid is the best player in all of hockey. If you’re going to debate me on that you are NUTS. He has 81 points on the year with a not too shabby 28 goals. He will win yet another Hart trophy this season and may be able to eclipse the 100 point mark in just 56 games. Something no one ever thought we would see.

2.Colorado Avalanche Landeskog – Makinnon – Rantanen
It’s hard to argue against the notion that this line isn’t the best in the game. Mackinnon has been in the Hart Trophy race year in and year out. He has the best hands in the game and isn’t as far behind McDavid for best in the league as people think. Landeskog is an unreal two-way player that compliments both of the players on this line well. He’s put up 50 points in 6 seasons and is putting together yet another impressive season with 16 goals and 41 points. On the right-wing, you have one of the most underrated players in the game, Mikko Rantanen. The 24-year-old has put up 80 points twice in his young career and doesn’t look to be slowing down anytime soon. With 26 goals and 26 assists on the year, he’s a top 10 NHL player.

1.Boston Bruins “The Perfection Line” Marchand – Bergeron – Pastrnak
Although fans of the Bruins may not like the nickname it has seemed to stick and for good reason. The thing that makes this line so great is the defensive side of things. Captain Patrice Bergeron has won 4 Selke trophies which ties him for the most all-time with Bob Gainey, Just proving how good of a two-way player he truly is. Then you’ve got the reigning Rocket Richard co-winner in David Pastrnak. A 24-year-old that is destined to stay atop of the goal race for years to come with his lethal one-timer and slick moves. Ahhhh and finally the man himself Brad Marchand. Love him or hate him he is making a debate for him to be in the Hart Trophy race. He’s got 24 goals and 33 assists being among the league leaders. It’s a hard group to beat and once you put the offensive and defensive effectiveness of this line together… They are simply the best line in all of the NHL.