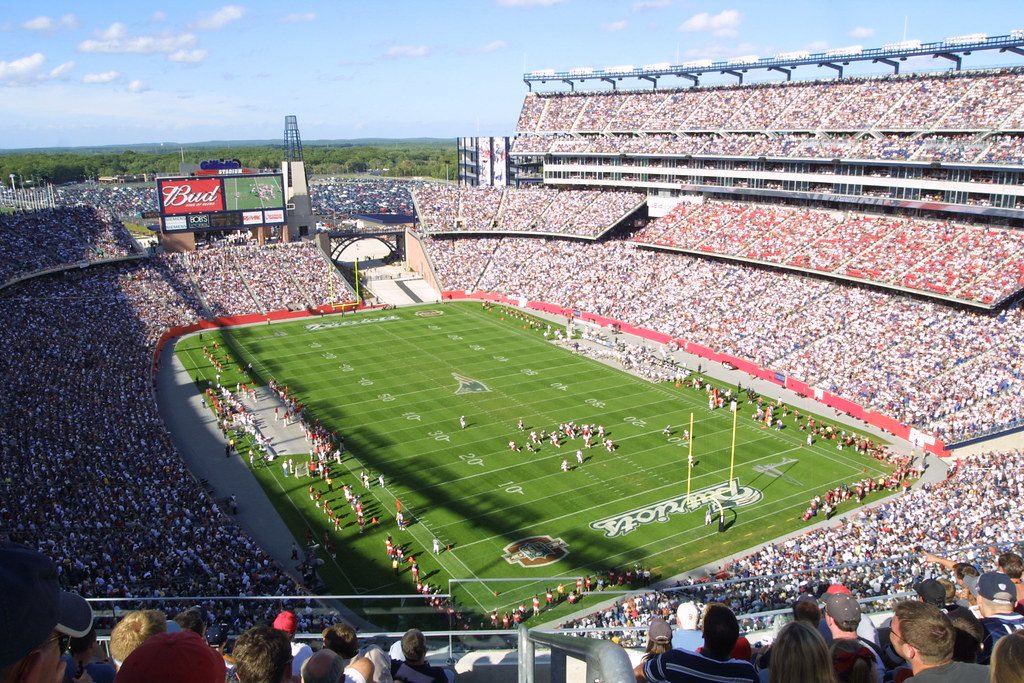 Justin Fields has undoubtedly been the most polarizing player leading up to the draft. Since Fields edged out Mac Jones in the championship, there’s been lots of buzz surrounding potential landing spots for Fields in the pro ranks.

Fields was favored to go second overall for much of the mock draft season, then swarms of projections circulated around him falling all the towards the end of the first round. It’s been a mind juggling process to determine which half of the first round, the former OSU dual-threat QB would land.

As of late, the 2021 draft picture is becoming more clear on where Fields will take his talents. Some teams have announced that they’re out on Fields, while some teams have made it clear that he is a priority. With that being said, let’s dive into the latest scoop on the electric QB.

The Patriots are very serious about having Fields on their roster. Fields is such a shiny asset in Bill Belichick’s opinion, that they are targeting the fourth overall pick to move up for. If Lawrence, Zach Wilson, and Jones/Trey Lance go 1-2-3, it leaves the door open for NE to land their golden QB.

It’s reported that the Patriots would have to not only give up draft picks, but they may send a “defensive star” to the Falcons. And there are reports that the Patriots may be a logical landing spot for Julio Jones. A complex blockbuster trade of Jones, Gilmore (?), draft picks, and Fields could be in the works.

Belichick has made it clear that the 2020 outcome was unacceptable. After watching his former QB Tom Brady win a Super Bowl with the Buccaneers in Tampa Bay itself, the genius in Foxborough spent hefty cap dollar to reshape the roster. Notably, the Pats brought in Jonnu Smith and Hunter Henry to deploy the vertical, short passing attack and get back to their roots of elite TE play.

If Fields is taken by the Pats, he will have a learning curve with the Josh McDaniels playbook, while the still talented Cam Newton is entering year two in the system. With saying that, McDaniels will have more time to groom Fields this off-season, than what he had with Newton last summer. Expect Fields to be more impressive in the Pats mini-camp, than what we saw with Newton last summer. If Fields is sharp and near Newton with running a smooth offense, Fields can eke out the edge with his fresh legs from the QB spot.

As the draft is nearly here, it’s clear the San Francisco 49ers aren’t holding the golden ticket for Fields. According to 49ers Wire, the team is “out” on selecting Fields third overall. The 49ers are now looking to select Lance or Jones and it will ultimately come down to “styles”.

Shanahan seems very intrigued by Jones skill set and he’s immensely confident in himself utilizing a QB beyond their abilities. I believe that Lance is very electric, but the 49ers may be more confident in getting a talented QB that also fits the pocket passer mold.

The Philadelphia Eagles are reportedly “wild cards” in the pursuit to land Fields. The Eagles pick at 12, which may be the perfect spot. If the Pats don’t go through with trading up for Fields, the Eagles may see Fields as a gift when they’re on the clock.

The Eagles will more than likely not trade up after they traded back, but Fields would be logical fit there if selected. Jalen Hurts is the Eagles starting QB at the moment — these two QBs have very similar styles of skills. If the Eagles bring in Fields for competition with Hurts, he would go off the board a lot sooner than many projections, nonetheless.

It may be easy to hear and create the takes of him completely falling in the first round, but know multiple teams in the front of the draft are very interested in Justin Fields.