5 Players that could retire after 2021 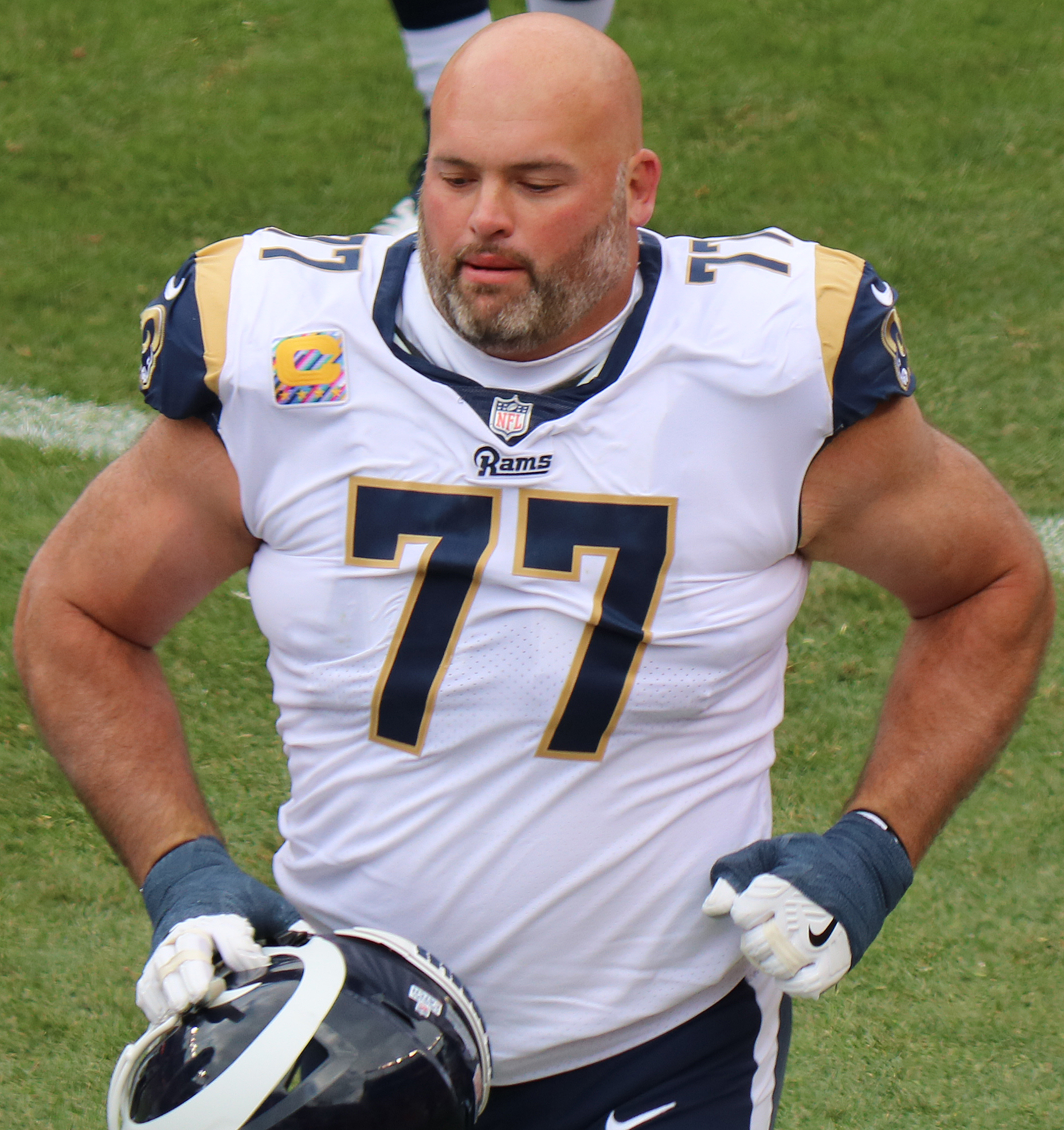 QB Ryan Fitzpatrick may retire after 2021

It is a sad reality of an NFL career that it will come to an end one day. When an NFL player starts their career, none of them can ever predict when it will finish. We have seen some NFL greats call it a day, with Philip Rivers and Drew Brees, both deciding to retire. The question is, who else is likely to retire in the near future? Here are five players who are likely to retire after next season.

Andrew Whitworth
The 55th overall pick in the 2006 Draft, Whitworth is one of the best offensive linemen of his generation. A four-time Pro Bowler and two-time All-Pro, Whitworth spent eleven seasons with the Cincinnati Bengal before moving to the Los Angeles Rams where he will be going into his fifth season in 2021. Throughout his career, Whitworth has allowed 53 sacks and has had 38 false starts. He has also given up 101 penalties and 50 holding calls during his fifteen seasons as a pro. On average, this amounts to 3.53 sacks allowed, 2.53 false starts, 6.73 penalties, and 3.33 per season. Aged 39, Whitworth is not getting any younger. He only played nine games in 2020 due to injury. Despite this, he only had one holding call and allowed zero sacks during these nine games. He is capable of one final great year but there is every chance that the 2021 season could be his final one.

Ben Roethlisberger
Big Ben will go down as a franchise legend and likely Hall of Famer, being a six-time Pro Bowler and two-time Super Bowl champion. With 60,348 career passing yards, 396 touchdown passes, and 201 interceptions, Roethlisberger holds a 156-74-1 record as a starter for the Pittsburgh Steelers. Despite this, Roethlisberger has seen a gradual decline, with the long-term health of his knee a concern to many. There was talk of Roethlisberger retiring this off-season but Roethlisberger has decided to stay for another year.
This will most likely be his final year, potentially helping develop troubled former Washington Football Team quarterback Dwayne Haskins, who could be his successor. Despite being taken later in the 2004 NFL Draft than Eli Manning and Philip Rivers, Roethlisberger arguably has had the best career out of them all.

Frank Gore
A player drafted in the third round in the 2005 draft, Gore has surprised everyone by becoming the running back with the third-most career rushing yards in NFL history.  Gore has played for the Indianapolis Colts, Miami Dolphins, Buffalo Bills, and New York Jets but it is his time with the San Francisco 49ers where Gore has had his best success. Accumulating exactly 16,000 career rushing yards, Gore has also recorded 81 rushing touchdowns, 3,985 receiving yards, and 18 touchdown receptions. In similar fashion to Roethlisberger, many thought Gore would retire this off-season but it appears that new head coach Robert Saleh will have at least one year with Gore.

Larry Fitzgerald
Fitzgerald is simply an NFL great. There is no doubting that he is one of the best wide receivers of the 21st century. Fitzgerald is a former Walter Payton Man of the Year, an eleven-time Pro Bowler with a Super Bowl ring the only thing missing from his illustrious career. The third overall pick from the 2004 NFL Draft has over 17,000 career receiving yards and 121 touchdowns. He is a two-time NFL receptions leader and has twice been the NFL’s receiving touchdowns leader. He will always be remembered for his role in the Cardinals’ run to the Super Bowl and his performance in the big game, one they fell short to the Steelers and the aforementioned Roethlisberger. Time is ticking on his career and with the addition of A.J Green, Fitzgerald’s playing time is going to lessen. With J.J. Watt joining Arizona in the offseason, Fitzgerald is likely to go for one more run at the Super Bowl.

Ryan Fitzpatrick
It will be a sad day when Ryan Fitzpatrick, one of the most likable guys in the NFL, decides to call it a day.
Fitzpatrick, 38, has joined the Washington Football Team this offseason. This will be the ninth franchise Fitzpatrick plays for but it is likely to be his last team. Washington is in a good place, something that most likely was a factor in the veteran quarterback’s decision to join. The team has a great defensive line that includes Chase Young and Montez Sweat along with two great offensive weapons in wide receiver Terry McLaurin and running back Antonio Gibson. Wideout Curtis Samuel is a great pickup by Washington and Taylor Heinicke proved he can be a very capable backup should Fitzpatrick miss time with injury. Some would say that Fitzpatrick was treated harshly by the Miami Dolphins, who decided to name rookie Tua Tagovailoa as the starter in week 7 despite Fitz playing some of his best football. Tua was benched twice mid-game during his 2020 rookie season, the latter which saw Fitzpatrick save the day with an incredible pass that got Miami into field position to win the week 16 game against the Las Vegas Raiders.
Fitzpatrick has shown he can still do it but for how long? 2021 could be his last season as a pro.

Landing Spots for All 5 of the Top QB Prospects
Latest Rumors around Justin Fields: Pats in and 49ers out
wpDiscuz
0
0
Would love your thoughts, please comment.x
()
x
| Reply