Why the Steelers should trade up for a QB 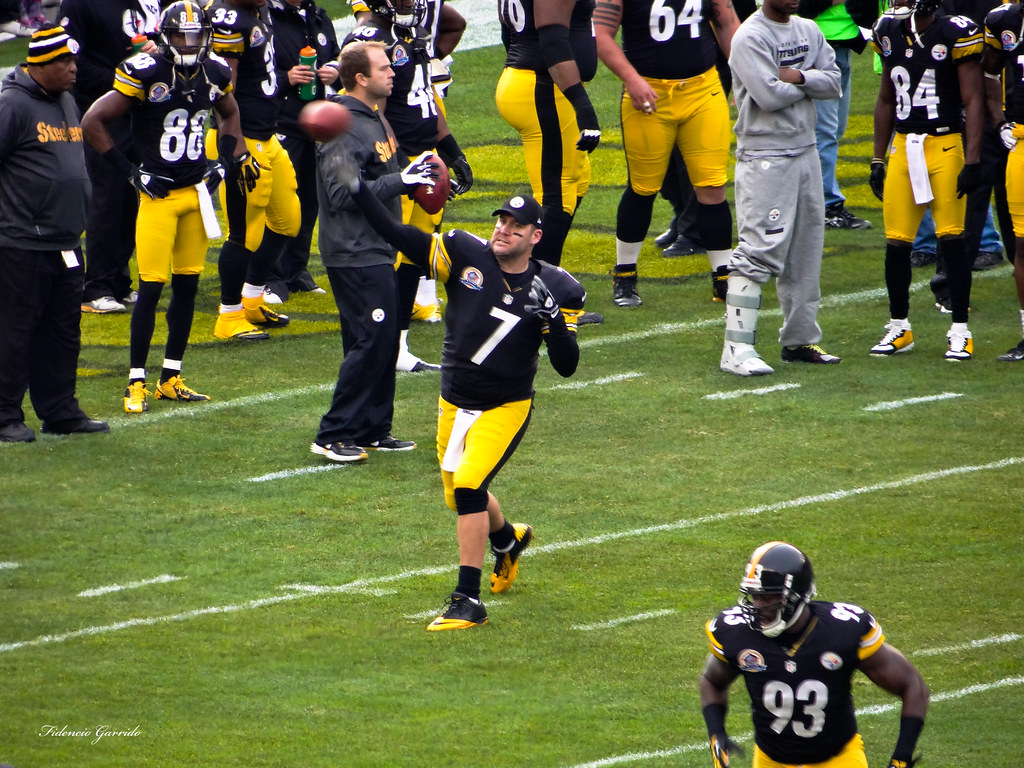 The Pittsburgh Steelers are not a team that typically drafts quarterbacks in the early rounds. They have selected a quarterback in the first round only five times in team history, with only two of those selections taking place in the last half-century. With all due respect to Ted Marchibroda, who played a short and mostly forgettable career in Pittsburgh, and Len Dawson, who played sparingly in Pittsburgh before developing into a Hall-of-Famer in Kansas City, “only two of those first-round quarterbacks” have ever succeeded for the Steelers.

The first is the 1970 top pick, Terry Bradshaw. The Steelers won a coin toss against the Chicago Bears for the right to draft Bradshaw. The Bears’ consolation prize was the second overall pick, Walter Payton. While both Bradshaw and Payton went onto Hall-of-Fame careers, it was Bradshaw who turned the fortunes of Steeler football when he led the team during the 1970s, becoming the first quarterback to ever win four Super Bowl titles.

The next time the Steelers would select a meaningful quarterback in the first round was 2004 when they selected Ben Roethlisberger. Mark Malone was selected in round one of the 1980’s NFL Draft. He went on to have a very mediocre career as a Steeler and made me cry a lot when I was a kid. Roethlisberger, however, again changed the direction of the franchise and, in his second season, became the second Steeler quarterback to win a Super Bowl.

Now, Roethlisberger is 39 years old and heading into what many expect to be his final season at the helm for Pittsburgh, meaning an opening at the position is on the horizon. How they address the situation will greatly impact the next several seasons for the club. Since Bradshaw hung up his cleats, the Steelers have made a handful of dart throws in the second or third rounds of the draft, netting a group of passers who would have moderate starting success in Bubby Brister, Neil O’Donnell, and Kordell Stewart. The only other quarterback selected third round or higher during that time is current backup, Mason Rudolph.

The depth behind Roethlisberger is Rudolph, whose limited NFL starts have indicated that he is not starting material, and former Washington first-rounder, Dwayne Haskins, a pro with some impressive tools, but a reputation for having a poor work ethic and being a bad teammate.

All indications are that the next Steeler quarterback is not currently on the roster.

With the clock ticking on Roethlisberger’s career and holding the 24th pick in this year’s draft, the Steelers have a limited number of options to improve their quarterbacking. The 2021 quarterback class is a deep class. The expectations are that at least five signal-callers are selected in the first round. Depending on who you listen to, up to seven may be chosen. Consensus projections have Trevor Lawrence going first overall, followed by Zach Wilson at number two. Should the Steelers remain at 24, they might not get a shot at any of the top five prospects and could wind up looking at Kyle Track or Davis Mills if they decide to take a quarterback in the first. Should they wait, the pickings become even slimmer. Given the impending need to replace their aging starter and the level of talent on the board, the time has never been better for the Steelers to make a move to trade up in the first round.

Anticipating three quarterbacks being chosen with the first three picks, Pittsburgh would likely need to get into the top ten, in order to avoid missing one of the most coveted options. The cost to make such a move would undoubtedly be substantial, but pales in comparison to missing a potential championship window with a talent-laden roster, due to poor quarterback play.

Acquiring a franchise quarterback is never without risk, but the reward of finding him is always worth the cost. For the sake of the team’s future, Steeler fans should be hoping they pick up the phone and strike a deal with a team near the top of the draft. Failing that, the 2022 Steelers may be down to placing their hopes on the shoulders of Haskins, an unenviable situation by any account.

Why Taysom Hill not Jameis Winston will start and is the ultimate MVP dark horse
Landing Spots for All 5 of the Top QB Prospects
wpDiscuz
0
0
Would love your thoughts, please comment.x
()
x
| Reply