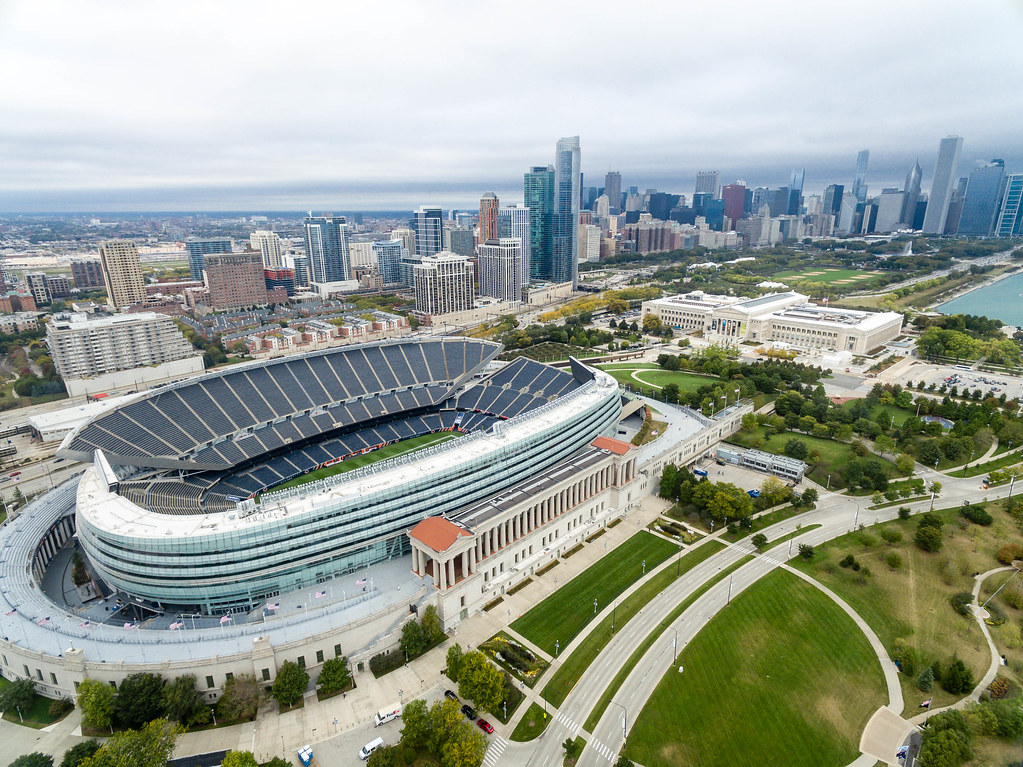 Who will Lawrence, Wilson, Fields, Lance and Jones play for in 2021?

The lead-up to the NFL Draft is a sports process like no other. The speculation, the intrigue, the misinformation and strategy used by different franchises and general managers. Considering the diverse crop of quarterback talent available in 2021, this offseason has been as wild as ever. I mean, just look at this curveball from Jacksonville Jaguars head coach Urban Meyer a few days before draft night.

Trevor Lawrence has been the consensus number one pick for what feels like years, and Jags owner Shad Khan has seemed pretty intent on marketing the rebirth of the franchise around the Clemson star, so why then is Meyer still choosing between three players at No. 1 overall?

It could just be due diligence from a first year NFL head coach, or maybe Lawrence to Jacksonville isn’t as much of a lock as most people thought. After all, there is certainly no reason to play mind-games with opposing GM’s when you’re the one picking first. Yet here we are left with this mysterious quote.

Don’t you worry though, I’ve seen through all the GM mumbo jumbo of the past few months and I’m confident in saying that I have figured out where each quarterback will end up — I think. Either way, I’ll give it a whirl, starting with the aforementioned Jaguars.

I know, after all that in the introduction, I’m still predicting T-Law to DUVAL? That’s right, because if Meyer wants to pull off the most shocking move in recent draft memory, he can do it without my blessing. There are a couple important things to note here though. One, Meyer is not considering Mac Jones or Trey Lance in the top spot. Could this have an influence on other franchises behind him? Urban was a premier college recruiter for a long time after all. Or perhaps he has yet to gain the respect of his fellow NFL peers, and his opinion means very little to them. Two, the former Ohio State HC and program director is likely passing on his former QB, Justin Fields. Meyer actually ranked the quarterbacks in a preseason show in June of 2020, with Lawrence first in his ranks and Fields second. His reasoning at the time was this;

The Jags could certainly throw a wrench in the entire draft by taking either Zach Wilson or Fields, which would probably send Lawrence to New York at No. 2, but it’s highly unlikely and I’m not buying it. Size, accuracy, speed, raw ability, intelligence, drive — Lawrence is the consensus number one for a reason. I’m not saying that he’s guaranteed to be the most successful NFL product, he’s not, but he is the safe bet for Jacksonville. For the sake of all our sanities, let’s move on and assume this sticks.

GM Joe Douglas and the New York Jets have traded 2018 first round pick Sam Darnold, so yes they are 100 percent taking a quarterback at two (for those who haven’t been paying attention). They have been linked to the BYU Cougars signal-caller more and more since Week 17, and I personally don’t see this changing on Thursday night. Wilson checks all the boxes for the Jets. He is an accurate passer and a competitive winner (albeit against lesser competition), known for his on-the-fly decision-making and pocket presence as well as an arm that throws just as far on the move as it does standing upright. Wilson has drawn recent comparisons to Patrick Mahomes for some of these intangible traits, but there’s a contingent of fans that still have doubts that scouts and GM’s are once again sleeping on in-your-face talent.

If Fields can translate his OSU skillset to the pros, it wouldn’t be the first time that the best and brightest NFL minds in the game are totally wrong. I mean he did run a 4.44 forty with a 70.2 completion percentage in 2020. For the record, as you’ll see throughout this article, Fields is my personal QB1 in this class, but that doesn’t mean he appeals to the teams picking in the top three.

Is the infamous “smokescreen tactic” being utilized by Kyle Shanahan, John Lynch and the San Francisco 49ers? It’s quite possible, in fact Joe Douglas and the Jets could be using it too for all we know. If Fields truly is the quarterback with the most upside potential, it would make sense that every GM behind the Jaguars is trying to keep Meyer off their trail by talking up Wilson, Jones and Lance. At the same time, it seems even more likely that the NFL brass are once again scared off by an Ohio State product who has been labeled as a runner that struggles with his progressional reads. If Lawrence and Wilson do indeed go one-two, Fields should be the pick at three in my opinion, but he may not be according to reports.

There’s something fishy about this developing story, because Jones and Lance couldn’t be more different as prospects. I can’t deny that Mac Jones makes sense as Shanahan’s favorite option. The Niners HC has highlighted his on-field and NFL-ready intelligence, citing that the Alabama product is the win-now choice for a team that was in the Super Bowl two seasons ago. Jones is also the most similar to the quarterbacks that have flourished in Shanahan’s system in the past (Matt Ryan, Jimmy Garoppolo). Lance on the other hand makes me scratch my head. He’s from a small program that did not play against NFL-type talent, he’s not game-ready by most estimations, and he’s athletic rather than accurate or experienced. The fact that San Francisco is torn between these two, but not interested in the player that is pretty much the combination of both (Fields) is odd to say the least. For these reasons, I do think there’s a chance that the 49ers are under-selling Fields on purpose, but I’ll begrudgingly stick with Jones here anyway because of how well he fits the Shanahan mold.

Some have the Atlanta Falcons taking Lance at four, but in the end I think Arthur Smith’s new offense stands pat with the reliability of Matty Ice for a couple more seasons and trades down to reconstruct this roster from the inside out. That process may not start with an inexperienced QB, but it could begin with a haul of present and future draft picks. The next question is their trade partner, and although it has not been mentioned as much as a New England or Washington Football Team, the Denver Broncos are my under-the-radar candidate to make the jump from ninth to fourth. George Paton is taking over as GM for the Broncos, and he may try and make a splash in his first NFL Draft having the final say.

Everything about Paton’s thinking for his first draft screams Lance to me. It’s unexpected, out-of-the-box, and hopefully solves the problem that John Elway failed at for years in the same position — finding a franchise quarterback. Drew Lock has yet to display any qualities that separate him from the rest of the league, so I expect Paton to jump at the opportunity to bring in someone that can compete not only with Lock, but long-term with division rivals like Mahomes and Justin Herbert. Of course, the Broncos could also go with Fields here, but I’m sticking with my theme that this inexplicable stigma drops my QB1 down to QB5. I also like the fit for Lance in Denver. He played at North Dakota State, a similar climate, and his build and physicality as a runner bear some resemblance to Elway himself. Although I’m sure Broncos fans would also take his Josh Allen comp.

So where oh where will Mr. Fields land? No he won’t fall out of the top 10, and I don’t expect the Cincinnati Bengals or Miami Dolphins to trade down either when they can grab the players they covet most (Kyle Pitts and Ja’Marr Chase by all reports) at five and six. That leaves the Detroit Lions, who could choose to trade down with the Patriots or the highest bidder, but honestly why would they? The Lions roster moves have signaled a total overhaul rebuild under the new regime of Dan Campbell and Brad Holmes, and they already have enough future draft capital from the Matthew Stafford trade where they don’t need more first round picks. They need a franchise quarterback. The wrinkle that you may point out is that they also received back Jared Goff and his contract in that same deal. Let’s be honest though, Goff is a placeholder in Detroit at best. At worst, he’s a cap casualty after 2022 (when cutting him would only cost $10 million). So why not accelerate the process if Justin Fields falls into your lap?

A player with as much potential as Fields could be a dream for Holmes at No. 7 in his first NFL Draft, and the young QB could even learn under Goff as a rookie before jumpining into the NFL head-first. He can truly do it all; whether it’s his accuracy as a passer or his agility as a runner, his escapability in the pocket or strong arm on the run, his competitiveness as an premier athlete or his confidence in primetime games. I’m not sure why every team is insistent on looking past Fields, and maybe it all is a smokescreen and he goes top three, but it just feels like the NFL scouts and decision-makers are talking themselves into passing on another superstar.