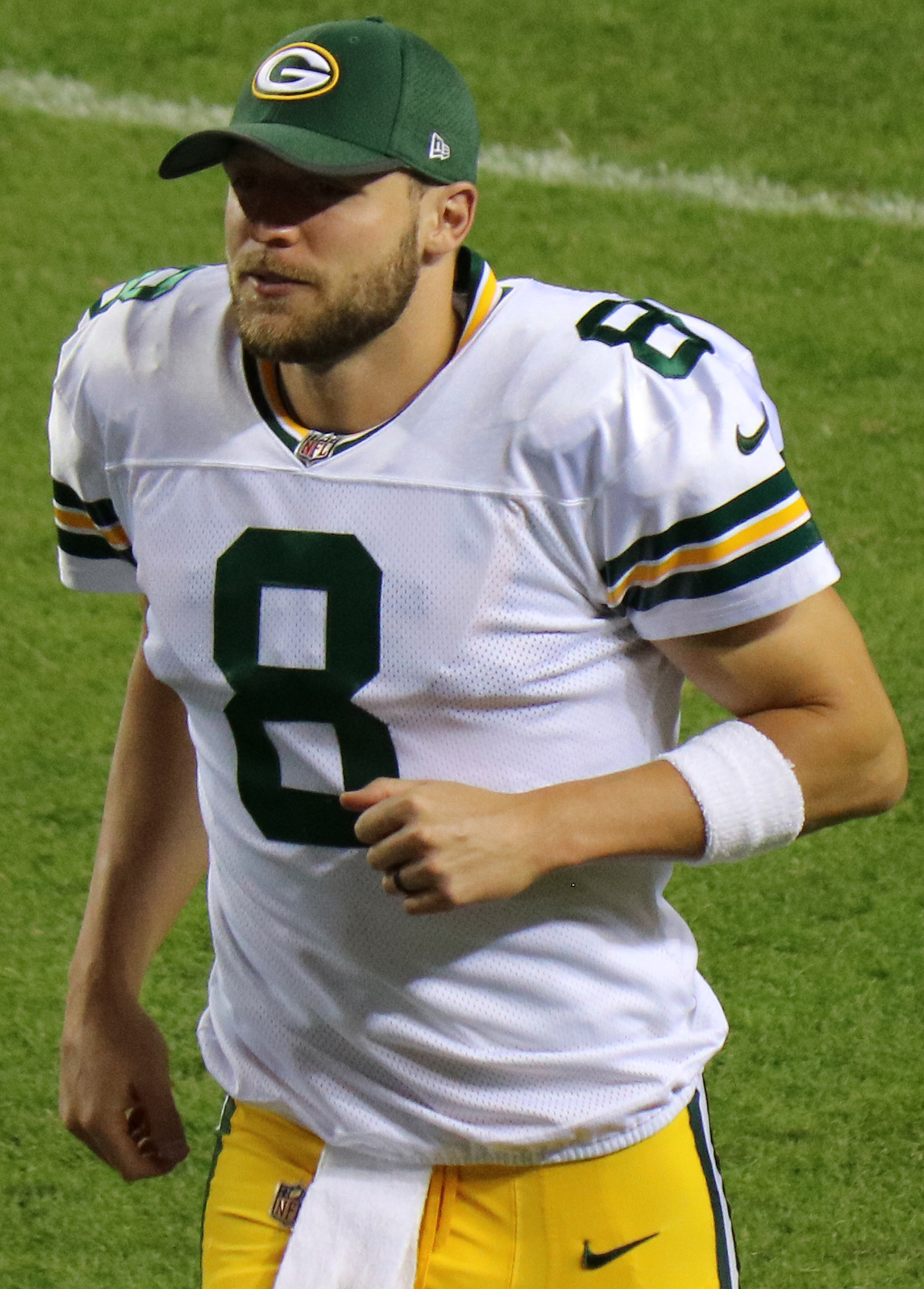 "File:Taysom Hill.JPG" by Jeffrey Beall is licensed under CC BY-SA 4.0

Drew Brees, the future Hall of Fame field general and 5’10 signal caller, recently left this New Orleans Saints throne this off-season. Now that Brees has departed from the Big Easy and the memes throwing shade at his arm strength have shriveled down, the question begs to ask: who will be Brees’s heir?

I’m going to outline the two most likely candidates to get the job done but in the most mysterious, yet necessary fashion. There are two doors, no names, but an intro in front of each profile. We’re going to wipe away the nameplates, assumptions made during or after the season, and select which QB seems like the logical answer to start right now.

I believe it’s evident that option 1, also known as Taysom Hill, doesn’t only carry the most potential but also has been given the expectations to be the Saints signal-caller moving forward. Yes, Winston is the hype man, who has a rocket launcher for an arm, plus it’s inspirational to see the once first overall pick go Sean Payton’s secret lab to improve his toolset. Nonetheless, the undrafted QB from BYU who can block punts, clock a 4.44-40 yard dash, and squat 600 pounds, deserves more attention for his gifted abilities and future on the football field.

Taysom Hill has been in a Saints uniform for four seasons and he showed that he’s a black belt in Sean Payton’s orchestra when he was given the reigns last year. Hill was completely in sync with the number one wideout Michael Thomas during his first four starts. Thomas hauled in 22 passes for 259 yards, which helped Hill post three games with over a completion percentage of 73%. If we put that passing mark in comparison with Winston, Jameis has a career completion percentage of 61.4%.

“Many fans and analysts will point to Winston under Bruce Arian’s “risk it or biscuit” offense that takes masses of shots down the field, but Arians’s transition to Tom Brady made Winston look less like a victim. Brady recorded a 65.7%, which higher than his career (64%), in addition to winning the Super Bowl”

Efficiency, while putting out electric plays is what the QB position for Sean Payton is all about. The Saints have Offensive Player of The Year Michael Thomas and a top 5 RB in Alvin Kamara. Despite Hill not giving AK the touches that fantasy owners desired for much of his time, Hill can be consistent and very effective through the air and on the ground as a QB. Below is a comparison of just how dominant Hill was as a QB in 2020.

Hill was more electric than remembered to many spectators. In comparison to Lamar Jackson, who’s a similar style of player, this is how it stacks up:

Hill and Jackson are influenced by very different offenses, but you can see the comparisons of how both of their skill sets oust similar productions. There are many factors in play that could go against or make a case for Hill to be below or above Jackson’s production. But, it’s safe to say that Hill shows glimpses of a high ceiling in comparison to a similar type of player. This type of QB ceiling is undebatably elite among the league, as known among the whole NFL base.

On the contrary to Hill’s electrifying starting streak in 2020, Hill did have three lost fumbles in his four starts, so he will need to clean up that act by readjusting to how defenses attacked him while he was on the run. The fumbles were his Achilles heel, but his overall turnover count wasn’t astronomical, nor was it a blow to the team through the air – which is very challenging to fix. Running the ball more with more protection and like a QB at times is trusted to be one of the areas Hill focuses on as he’s training like a “full-time QB”.

Hill is on solid ground

Payton has stated that there will be competition between Hill and Winston. Winston will ultimately get more opportunities to show his ability. The former Buc is heading into his second full year in the system, he carries a high level of talent in some areas, plus he’s getting a considerable $12 million dollars to return to the Saints. Yet, he’s not currently being held to the same stature at Hill.

Hill did in fact get “a much larger piece” of the contract piece this off-season than Winston. Payton was impressed not only impressed by his production, but by his limited game tape. In an age where defenses can’t properly prepare for the element of running QBs, the Saints QB guru blatantly knows Hill has a very high ceiling.

To be fair, if Hill is even slightly more impressive than his four-game stretch showcase last year, It’s very hard to imagine Hill not garnering the starting job/losing the expectations he’s been awarded. As widely enunciated, Hill received all the reps in practice leading up the first game when Brees went down last year, then led the Saints to a 3-1 record.

Winston is a promising backup QB and he breathes competition. In addition, everybody is on a new slate each year around. Even though those two points above are factual, I believe the Saints are patient, heavily invested, and optimistic in Taysom Hill’s ability in the offense.

We witnessed Carson Wentz get delivered a four-year – 128 million dollar deal from the Philadelphia Eagles. Wentz struggled, was miserable some more, and eventually, after 12 games, the Eagles tapped out and gave up on the expensive profile.

Hill’s contract and Wentz’s hefty cash flow are structured in different ways, but it’s one of many examples to show that the NFL system is noticeably far from quick to give up on a very expensive figure. Especially before Day 1, it would be nearly impossible to imagine a team throwing the towel on a $100+ million dollar QB — Not to mention an invested QB situated on the Saints offense.