Fantasy Football: 5 RBs who are overvalued 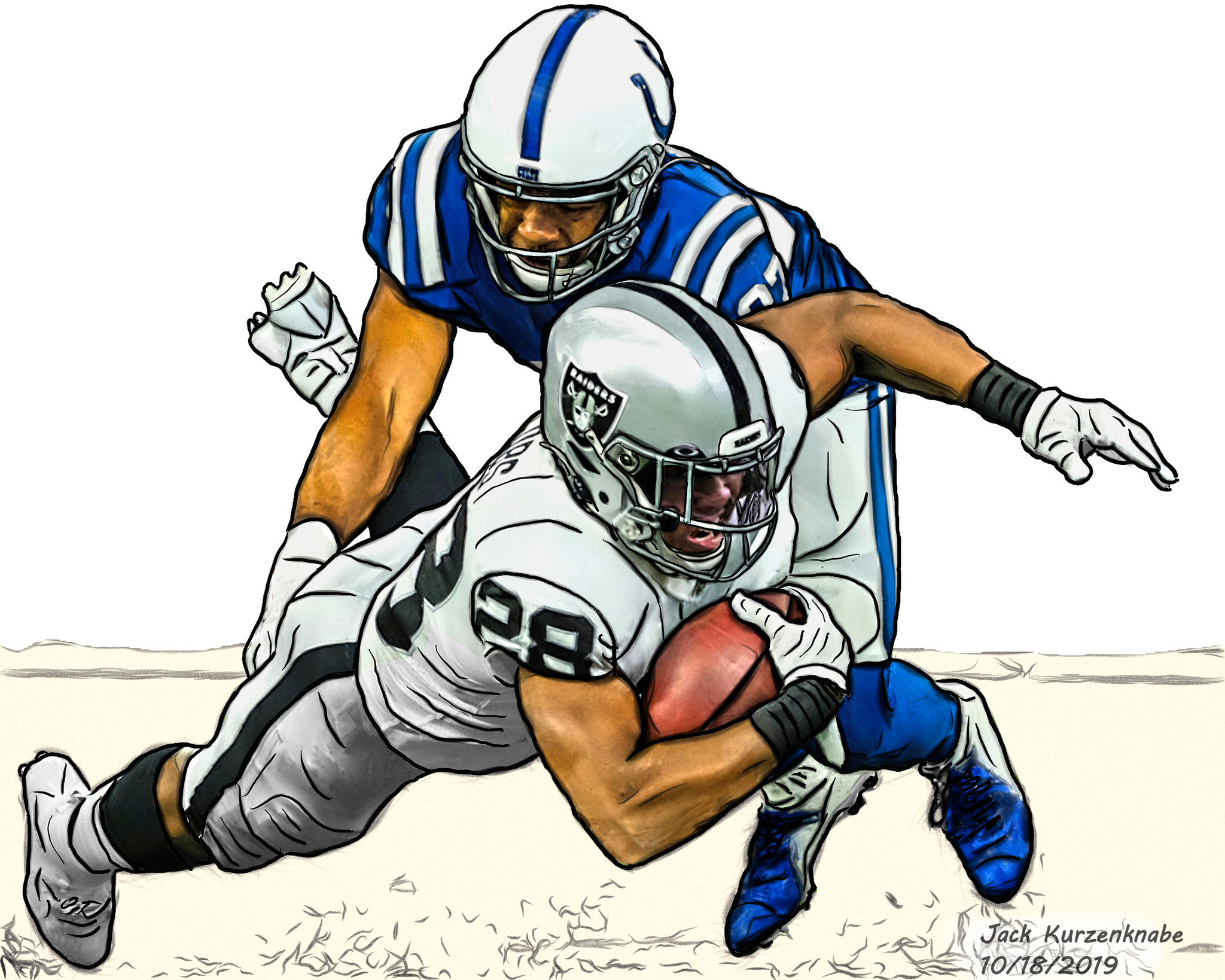 In this piece we will look into five running back who could be overvalued going into the 2021 season. This may be due to current ranking but could also be down to situation.

Cam Akers is an interesting one. He has the talent and will likely pick up much of the outgoing Malcolm Brown’s touches to add to the 156 he had to himself in 2020. My issue with him at the moment is his overall ranking at consensus number 10.

Even though Brown has moved on, Akers will still have Darrell Henderson to deal with, who will likely take some work away. In 2020, Henderson had 138 carries and 24 targets. The rush attempts may come down if the Rams look to give Akers more work, but will that be enough to allow him to cement a top 10 running back?

Akers has the potential upside of a top 10 back, but if Henderson does take work away from him, it may be too much to pay for the second-year running back.

Here is another player who has all the tools to finish as a number one fantasy running back. Sanders has yet to finish as a ”˜one’ in his young career after finishing as a high-end RB 2 in 2019 and had a slight drop in 2020 to the lower end of the RB 2 level.

The Eagles go into the season with a change at quarterback, and it looks as though it will be Jalen Hurts taking over after Carson Wentz’s exit, plus they traded back from 6 in the draft. Will the change of quarterback be a positive one for the team? The answer is yet to be determined, but during the last few weeks of the season, it is clear that Hurts is not afraid to run the ball himself.

Sanders should finish as a solid option at the running back position once again. Will this be the year he breaks into the RB 1 level? I’m not so sure.

Josh Jacobs finished as the overall RB 8 in 2020 while leading the backfield for the LA Raiders. He finished with 180 more carries than backup Devontae Booker and 26 more catches. Booker has moved on and joined the Giants. Whether Booker left or stayed it would still mean Jacobs would more or less have the backfield to himself. This was until Kenyan Drake moved from Arizona.

Drake comes into LA following a lead role with the Cardinals, which was his only season where he has carried the ball more than 200 times (239 total). In his previous years with the Dolphins, he had consistent totals of 133 and 120 before moving to the Cardinals in 2019, where he had a combined total of 170 between the two teams.

The addition of Drake makes the backfield a bit too murky for me. I still think Jacobs will be the lead for the Raiders, but Drake could take some of the receiving work and a consistent number of carries away each game.

Here is another player I like very much. My issue here, however, is the team he plays for, the players the Lions have lost and the introduction of Jamaal Williams.

D’Andre Swift had a decent rookie season where he would gain invaluable information and experience from playing and training with Adrian Peterson. Peterson is a free agent currently, which looked as if the backfield would be Swift’s. However, the addition of Jamaal Williams is not ideal for Swift owners in fantasy. Williams has received 100 plus rushes in every season he has been in the league, as well as being targetted between 34-45 times. Swift should be the lead in this backfield, however, Williams will get his touches.

The Lions have moved on from Stafford, with Goff travelling from Rams in a blockbuster trade during the early part of the off-season. Kenny Golladay, Marvin Jones and Danny Amendola have left, with Tyrell Williams and Breshad Perriman being added to replace them. These two additions go into a very depleted receiving group. A lot of pressure will be placed upon Hockenson and the running backs to carry the team. This should provide Swift with many opportunities, however, how good will these opportunities be against stacked boxes which would force Goff to throw?

As I stated, I like Swift, Perhaps as my second running back. I would feel a little uneasy with selecting him as my top fantasy RB option.

When I was looking through various rankings going into the 2021 season, I was surprised to see Harris as high as 25 on consensus rankings. If that level holds, I can’t see myself grabbing many Damien Harris shares. The New England backfield has long been one to avoid in fantasy which is unlikely to change during the 2021 season.

The backfield will still be a crowded one with James White and Sony Michel ready to take work away from Harris, As well as the fellow RBs he will share with he will likely have Cam Newton to contend with, starting at quarterback (at least at first, after the Patriots landed Mac Jones in the first round) who led the Patriots in touchdowns, scoring 13 total touchdowns, which included 12 rushing scores.

Rex Burkhead is still a free agent and this would clear a little room and some backfield touches if he does not return to New England. Although Burkhead had around half of Harris’ rush attempts, he did finish with 92 total touches.

Harris has hardly had any receiving work at all during his first 2 seasons in the NFL. As we can see from the above tables, he has only caught 5 passes over this period, limiting his upside, especially in half and full PPR formats.

Grading each first round pick of the NFL draft
PLAYERS ON THE MOVE – DRAFT DAY TRADES
wpDiscuz
0
0
Would love your thoughts, please comment.x
()
x
| Reply