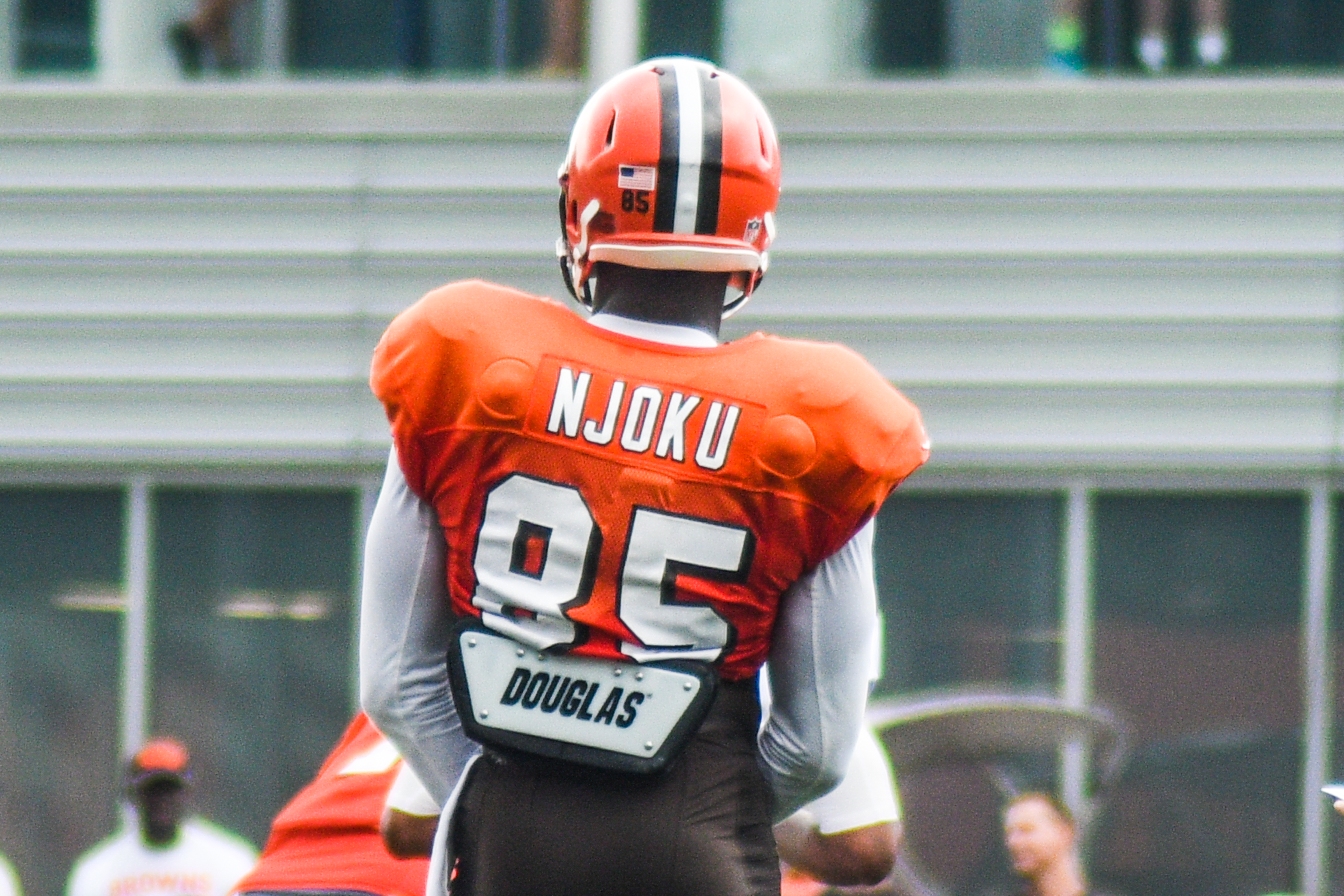 One of my favorite things about day two and day three of the NFL draft is to see which vetrean players get traded. Well that time of year is now upon us so let’s take a look at some of the players that could potentially be on the move this weekend as well as their potential landing spots.

Gardner Minshew – As soon as the Jaguars were awarded the #1 overall pick Minshew was no longer in the long-term plans for Jacksonville. That became even more evident once the Jaguars singed Nick Mullens to be the backup QB. Projected landing spot: Washington Football Team – Washington was the team that fell short of acquiring a quarterback in the first round last night and Minshew would be a perfect matchup for their offense with Ryan Fitzpatrick and he’s on a cheap rookie deal and has long term starter potential.

Ronald Jones – The runningback room in Tampa is getting very crowded. They resigned Leonard Fournette and added Giovani Bernard this offseason to go with roster holdover Keshawn Vaughn. Fournette will be the first and second down guy while Gio handles the passing game work which leaves Jones without a role.  Project landing spot:  Los Angeles Chargers – Jones could be the thunder to Ekeler’s lightning. The two would serve as a great one two punch.

N’Keal Harry – Harry is a player that has unbelievable talent however things just haven’t aligned for him in his first two seasons. His rookie year was plagued by injury and last year the passing game was reminiscent of a pee-wee football game.  It may be best to see Harry move on to a new situation and there have been rumors this offseason that is exactly what could happen.  Projected landing spot:  Kansas City Chiefs – The Chiefs need to replace Sammy Watkins and could use the size in their WR room and the RedZone. Andy Reid also knows how to use his weapons and Harry could serve a specific role for Kansas City.

Anthony Miller – Miller is a player that has shown flashes at times but has never consistently put things together. Chicago appears to be tired of waiting and Darnell Mooney was a fantastic late round find last year making Anthony Miller expendable.  Projected landing spot: Tennessee Titans – The Titans could use all the wide receiver help they could get and Miller should be a very cheap option to acquire and would immediately step into the slot role in Tennessee.

Brandin Cooks – It seems inevitable that this will be a wasted season for the Houston Texans with the Deshaun Watson distractions and the lack of draft picks to build the team. It makes sense to move on from Cooks with the team not in a realistic position to compete this year. They should trade Cooks and acquire a draft pick to help replenish their stock.  Projected landing spot:  Detroit Lions – The Lions have a major need at wide receiver and they appear to be committed to Jared Goff as their quarterback since they passed on both Fields and Jones in the draft. Cooks would immediately step in as wide receiver #1 and he would be reunited with Goff. Cooks is also just 27 making him a perfect fit for now and the future.

James Washington – Things have just not worked out in Pittsburgh for Washington. Pittsburgh is stacked with wide receiver weapons and both Washington and Pittsburgh are in need of a fresh start. Projected landing spot:  Arizona Cardinals – The Cardinals want and need a field stretching wide receiver and that is exactly what Washington does best. Washington could come in and fill a specific role for Arizona and his role would help open up the offense.

Zach Ertz – The Eagles are in salary cap purgatory and Zach Ertz has to be moved. The question is not if, but when. It is entirely possible the trade does not take place until after June 1st to help minimize the dead cap money from moving on from Ertz but if Philadelphia wants to acquire an additional draft pick in this years draft then the time is now.  Projected landing spot:  Indianapolis Colts – This fit makes too much sense.  Indianapolis needs a tight end, they have the cap space and this move would reunite Ertz with both his former quarterback and coach. Indianapolis is also a win now team and this is a win now move.

Evan Engram – Engram has struggled with consistency since entering the league. We have seen flashes of greatness but far too often we see a player that just hasn’t put it all together yet. This offseason New York brought in Kyle Rudolph which makes Engram expendable. Projected landing spot:  Jacksonville Jaguars – New head coach Urban Meyer craves speed for his offense and that is one thing that Engram has. Jacksonville also has a glaring need at tight end and this draft is not the deepest at the tight end position.

OJ Howard – Howard is coming off a major injury and has yet to live up to expectations. He’s also on the final year of his deal and Tampa may want to use that cap money in another area. Projected landing spot:  San Francisco 49ers – All we kept hearing last offseason was how the 49ers wanted another great tight end to pair with Kittle.  Although we have not heard those same rumors this offseason it makes more sense now than ever.  Kittle was injured most of last season and the 49ers just drafted Trey Lance and nothing would help him or the 49ers more than to continue and add to their weapons.

David Njoku – Njoku flashed early on in his career but the last two seasons he has been mostly non existent. Last off season Njoku demanded a trade and then retracted his trade request. I believe the trade happens this offseason. Projected landing spot:  Carolina Panthers – The Panthers need an athletic tight end and they need to give Sam Darnold more weapons. This move would accomplish both.