Breaking down the Saints first round draft pick 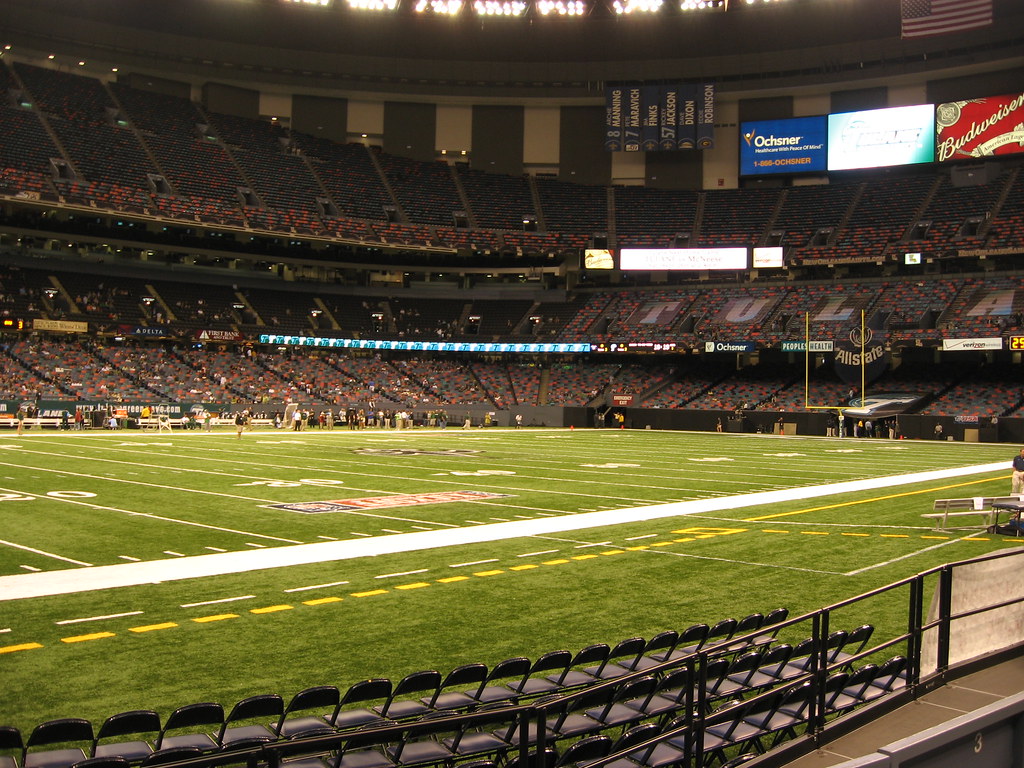 Day one of the 2021 NFL Draft is in the books.  How did your favorite team do?  The Bears have the steal of the draft with Ohio State’s QB Justin Fields at Pick 11.  The Raiders left most scratching their heads with Alabama’s OT Alex Leatherwood at Pick 17 when there were bigger needs still on the board.

My beloved New Orleans Saints had Pick 28 and had been rumored to have been in talks all day with other teams for potential trades to move up.  My gut tells me they were trying to move up for one of the top QBs or WRs, but when that didn’t happen the expectation was to take a CB, DE, or WR.  My blood pressure was rising, the tension in the air was thick and looming.

As I saw the Titans take CB Caleb Farley at Pick 22, I thought there was a chance for us to grab another highly ranked CB and even potentially take Ole Miss’s star WR Elijah Moore.  Remember our famous QB Archie Manning, who graduated from Ole Miss, and son Eli Manning followed him there years later?  Of course, you do, so the Saints and the Rebels have a long history together, which made me even giddier to think about Thomas and Moore running slants and catching touchdown passes.

At this point, I’m on my feet with nervous anticipation.  This pick is in and with the 28 pick the Saints choose Payton Turner, DE out of Houston.  My jaw drops, and I am confused.

Let’s go back to 2018, when the Saints traded up to Pick 14 and selected Marcus Davenport out of Texas-San Antonio.  He definitely wasn’t immediate starter material as he was viewed as a developmental player, our defensive future.  Davenport has not lived up to his expectations.  He recorded three sacks his rookie season, a few more in 2019, then seemed to regress.  He has not panned out to be the elite pass rusher the organization thought he would become.

Flash forward to 2021, Turner was not expected to go until the late 2nd or 3rd round.  He is 6’6” and 268lbs and was a three-year starter at Houston with a 4.25 short shuttle on pro day.  Needless to say, he is fast and explosive off the line with long arms, but was he the elite 1st round pick the Saints needed?

Still on the board were DEs Joe Tyron Washington, Gregory Rousseau, Miami, CBs Eric Stokes, Georgia, Asante Samuel Jr, FSU, and Elijah Moore, WR Ole Miss.  I do believe that any of the players would have been an immediate need filled and potential future face for the Saints.

The Saints really needed a top-tier CB to play opposite Lattimore. The team also desperately needs a strong receiver to help elevate whoever is under center and take pressure off Thomas as he looks to bounce back from 2020. Yet, here we are. As any good faithful fan and fantasy football guru knows, you must dig deeper, watch a few tapes, and realize that an NFL organization might know more than we do.  So, that’s what I did.  Turner is a beast and superbly athletic.

He needs fine-tuning, but he showed great progress in the last three years at Houston.  He posted 68 solo tackles and 9.5 sacks in his collegiate career.  The Saints must compete even harder now in the NFC South with the loss of Brees.  The Superbowl defending champions Buccaneers have an incredible defense and brought back all their key players and will continue to add to that in the draft.

If the Saints have added depth to the defensive front with Turner to keep atop their division, then I hope to not be bitter.  Turner might just be the surprise draft pick. The change in NOLA, the player that bolts off the edge, rushes the offensive line and gets to the QB, specifically Brady, and if that happens, then I am a happy fan.

The more and more I dive into Turner’s playing ability and potential, the more I like the pick.  It might take some time for me to shake the feeling of what-ifs, but as a devout WHO DAT nation member, I have to respect the pick and look to round two where we must get a WR to complement Thomas.  I also have to trust the process and trust the fact that the organization remembers the Davenport pick and we don’t forget, I hope they didn’t either.  Welcome, Payton Turner to New Orleans!

The Best Draft fit from round one: Najee Harris to Pittsburgh
Top 10 NFL Prospects and their pro comparisons
wpDiscuz
0
0
Would love your thoughts, please comment.x
()
x
| Reply