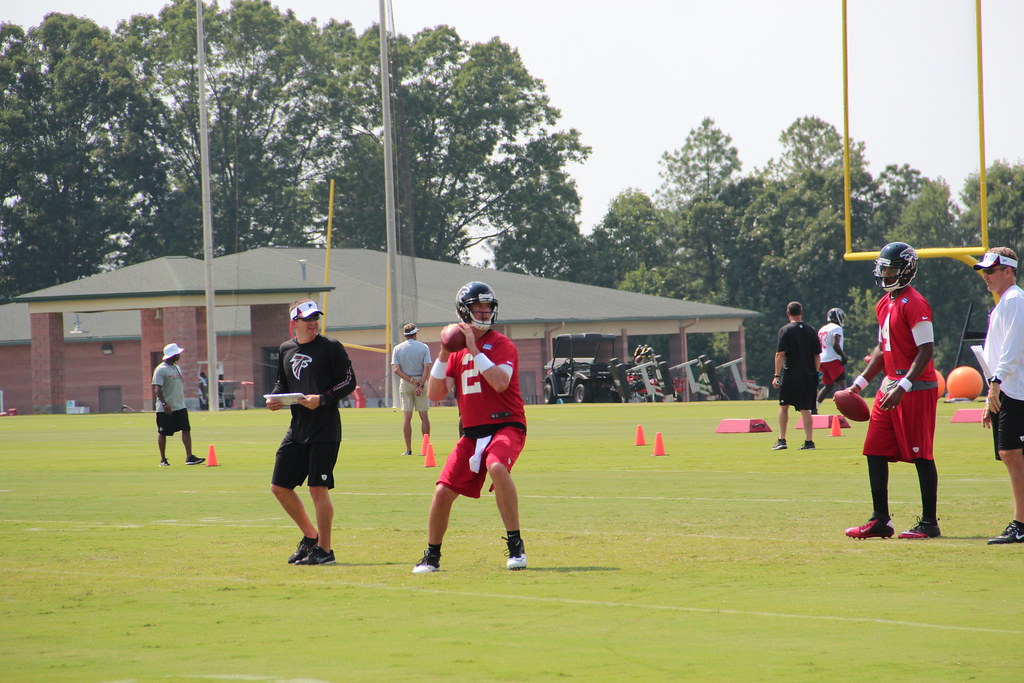 The 2021 NFL Draft has concluded.  All of these new rookies will fill holes on some teams and shake up depth charts for other teams.  There are a few QBs that you should try to buy now in your dynasty league.  Trading in dynasty can be tricky because everyone values picks and players differently.  However, acquiring any of these QBs will help you win now and two of them could help you win for the next decade.  For the purpose of this article, this is for super-flex dynasty leagues since that is the most popular dynasty format

There has been speculation this offseason if the Atlanta Falcons would draft a QB with the 4th pick.  Now we know they drafted the highly touted “unicorn” TE, Kyle Pitts.  It makes sense that the Falcons are sticking with Ryan this year because he would be a $65 million dead cap hit if they traded/cut him this season.  I expect Matt Ryan to be on the team in 2022 ($40 million dead cap), but there is a chance he could be traded/cut going into the 2023 season since he carries only a $15 million dead cap hit.  However, if the Falcons make the playoffs and Matt Ryan continues to be healthy then Ryan could play until the end of his contract when he becomes an unrestricted free agent in 2024.  If the Falcons make the playoffs then they will not have the draft capital to select a top QB prospect to replace Ryan.  The Atlanta Falcons passing offense is loaded with Julio Jones (32 years old), Calvin Ridley (26 years old), and Kyle Pitts (20 years old).  There is speculation that Jones could be traded this offseason.  If he does get traded it would have to be after 6/1 and the Falcons would have a dead cap hit $23 million split across this season and next season. However, I do not know if there is a team out there will to take on the rest of his contract with a salary cap hit of almost $20 million for each of the next two years and he is already 32 years old.  Their running game is expected to be average at best with Mike Davis appearing to be the lead back.  The Falcons are not expected to have a good defense again this season.  All of this leads me to expect Matt Ryan to have more pass attempts this season than in 2020, which was a career high 626 attempts.

The team with Matt Ryan will probably be willing to trade him for an early/mid 2021 1st round rookie pick or an expected early 2022 1st round pick.  It is hard to make hypothetical trades with players since everybody values players differently and team needs impact trade value too.  The rookie picks give you an approximate value to start negotiating with the Matt Ryan team.  Over the last five seasons, Ryan has finished as the QB12, QB11, QB2, QB15, and QB2.  In super-flex leagues, Ryan is a valuable starter.  If you expect to contend this year then offer a 2021 1st round rookie pick (assuming it isn’t top 3) and go try to win the championship this year.

Tua Tagovailoa did not have a stellar rookie season, but he was coming off a serious hip injury from college and he was a rookie.  This offseason the Miami Dolphins signed Will Fuller and drafted Jaylen Waddle (played with Tua at Alabama) with the 6th pick in the draft.  The Dolphins also drafted a top OT prospect in the 2nd round to continue to improve a team weakness.  Tua will have a lot of speedy WRs on the field this season, and he will have an entire offseason to work with his teammates and coaches.

The team with Tua had to use a high rookie pick last year, but you may be able to use an early 2021 1st round rookie pick to make a deal.  Based on the NFL Draft, the Dolphins seem committed to Tua, so try to get a 23 year old QB on an improving NFL team on your roster.  Tua’s stats from 2020 will not sway you to make a trade, but optimism of a better NFL roster and a young QB in a super-flex league is enticing to have on your roster.

Very few people saw this coming after Tyrod Taylor was named the Los Angeles Chargers starter for Week 1, but Justin Herbert (23 years old) had an incredible rookie season once he became the starter in Week 2.  Herbert broke Baker Mayfield’s record for most passing TDs in a season (27) by throwing 31 TDs in 2020, in 15 games.  The Chargers selected one of the best OT prospects with their 1st round pick in the 2021 draft, and signed free agent All-Pro center Corey Linsley.  In 2020, the Chargers had several injuries and their offensive line was subpar, and Austin Ekeler missed 6 games.  The Chargers offense should take another step forward this season, and they will continue to add talent around Herbert as his career continues.  Herbert is definitely the most “expensive” player to trade for in this article.  If you have the 2021 rookie 1.01 pick then you could trade it for Herbert, which is basically trading Trevor Lawrence for Justin Herbert.  Lawrence in considered one of the best QB prospects in at least a decade and is a year and a half younger than Herbert.  However, Herbert has already proven he can play well in the NFL and is on a much better roster right now.  If you do not have the 2021 rookie 1.01 pick then it will take a package of 1st round picks/very good players to convince the other team to make the deal.  Herbert will not be easy to buy, but he is worth it so you should try to make it happen.