Why have the Packers neglected to upgrade weapons for Aaron Rodgers? 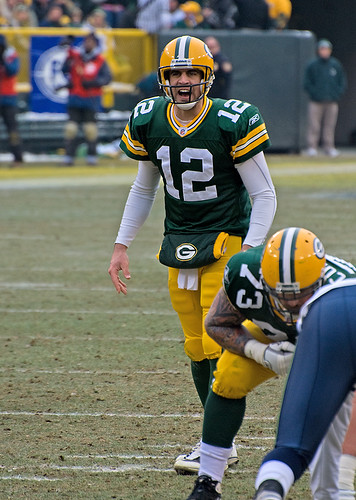 Why don’t the Packers add WRs?

For about four seasons now the Packers have struggled with having weapons for Aaron Rodgers, and fans have loved to use this as the main argument to illustrate why the Packers never make it to the Super Bowl. While the Packers have had abundant success with Davante Adams who has had a pair of 1000 yard seasons along with 4 Pro Bowls and an All-Pro, their remaining receiver depth is limited. Their other 2 starters are Marquez Valdes-Scantling and Allen Lazard.

Valdes-Scantling is a fifth-round pick of 2018 who averages about 500 yards per season, and Allen Lazard was undrafted off of the Jacksonville Jaguars in 2018 and recently had a breakout season in 2018 with around 450 yards and 3 touchdowns 2 years in a row. The Packers have also draft Amari Rodgers in the third round, 85th overall which might be something that will help Rodgers out in the future. While a case could be made that this is an alright group, upgrades are definitely needed.

The tight end position has also been a position of need for a few years, the Packers have toyed around with Jimmy Graham, Marcedes Lewis, Jared Cook, Jermichael Finley, and most recently Robert Tonyan. While some like Tonyan and Finley have had their food moments, Graham and Lewis have been fairly useless and in short none of the tight ends they’ve tried have stuck.

To summarize, Aaron Rodgers has not had premium talent excluding some glory years with Jordy Nelson, Randall Cobb, and Davante Adams. So why is this?

The answer is that the Packers seem to want to focus on their defense rather than their offense. The Packers spent $118 Million dollars on Preston Smith and Za’Darius Smith alone. They have additionally poured $70 Million dollars into extending defensive tackle Kenny Clark. The Packers clearly think that their flaws lie solely on their defense so spending on a high-powered offense is not worth it in the grand scheme.

The next part that goes hand in hand with the last point is that Rodgers already makes all of the players around him better. There are some quarterbacks like Teddy Bridgewater, Alex Smith, and Derek Carr that are elevated by the players around them, and then there are players like Rodgers who are the ones who elevate the players around them. So at that point, if resources need to be contributed to the defense and Rodgers can elevate everyone around him, what need is there to pour money into offensive help?

This next argument is only a theory – It’s possible that the recent neglect of the receiver and tight end position is due to the tension between management and coaching with Aaron Rodgers. Rodgers and LaFleur/Gutekunst have been at odds ever since they got there and the failure to get Rodgers weapons might be something so simple as a petty desire to let Rodgers to maintain the elite level and not be garnered slight improvements.

There are moments where elite QBs can get their choice of weapons if it’s not a big investment. Tom Brady has gotten Antonio Brown, Drew Brees got a WR that he trained with the last offseason, but Rodgers hasn’t been as fortunate. I believe it’s mind-boggling that the Packers can retain Kevin King, their defensive front at the current price still, but they can’t find “good value” wideout for A-Rod.

Why Gregory Rousseau can win Defensive Rookie of The Year
3 QBs to Buy after the NFL draft
wpDiscuz
0
0
Would love your thoughts, please comment.x
()
x
| Reply