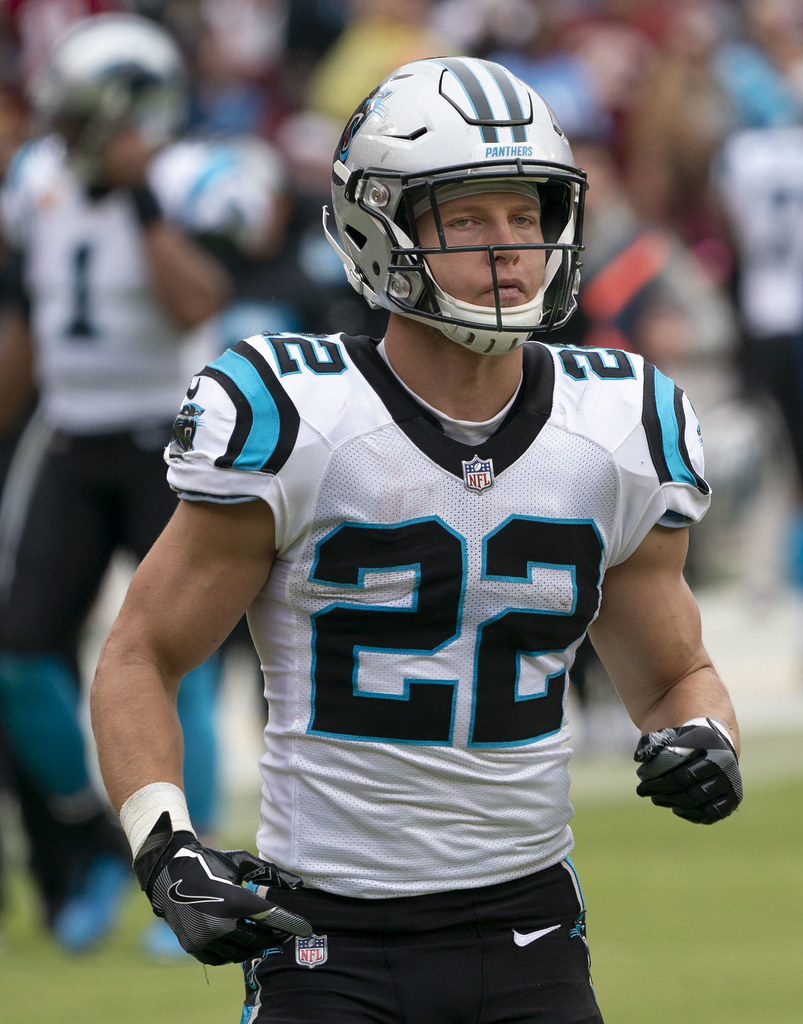 There’s no doubt at this point that the NFL has become a pass-first league, and quarterbacks are now more important to a team’s success than they’ve ever been. Anyone can see this evidently when looking at the historical winners of the MVP (Most Valuable Player) award.

The last 14 recipients of the award have all been quarterbacks, and given what this article opened with, it might seem strange to argue for a player from another position to win. However, considering Christian McCaffrey’s talent, it’s not a stretch to say he could be a candidate. This article is not, by any stretch, trying to argue that McCaffrey is the MVP favorite, however, it should convince you that he is a better candidate than any sleeper QB. Here are three reasons why.

This is the first and most obvious case to be considered when evaluating CMC’s MVP case. Due to injuries, the superstar RB was only on the field for three games last year, but in 2019, his numbers were absolutely mind-boggling.

In 2019, McCaffrey was absolutely dominant. His 1,387 rushing yards along with 1,005 receiving yards made him just the third player to have a 1,000-1,000 season, and he is in elite company, as Marshall Faulk and Roger Craig are the only ones to ever accomplish the feat. McCaffrey’s 2,392 scrimmage yards that year were good for the third-most in a season all-time, behind only Chris Johnson and the aforementioned Faulk.

The “last 14 MVPs have all been QBs” statement is usually a strong argument against a player from another position, however, McCaffrey’s numbers alone mean he warrants special consideration. He received just that in 2019, finishing third in offensive player of the year voting, and there’s reason to believe that he could be higher in 2021 if there isn’t a dominant Lamar Jackson/Michael Thomas this time around.

There is precedent for choosing RBs as MVPs

QBs have dominated the MVP race as of late, but if a quarterback doesn’t win, the winner has been likely to be a running back. In fact, running backs has been the only other offensive position in the league’s history to have a player receive the award. Yes, you read that correctly.

Any running back who wants to be considered must be historically good, but we’ve already established that McCaffrey fits that description. In fact, McCaffrey’s numbers are arguably better than any RB MVP we’ve ever had.

McCaffrey’s season had more scrimmage yards than any RB MVP year (Faulk and Johnson didn’t win MVP in their biggest years), and while he did score significantly less touchdowns than most, he still deserves to be looked at in a positive light. The lack of touchdowns isn’t as concerning, essentially because the game has changed to where offenses are almost always pass-first in the red zone. If you eliminate that concern, McCaffrey beats almost anyone in stats. Add that to the fact that he’d probably still be good as a pure WR in the NFL, and you’ve got the full package for a potential darkhorse run.

The QB candidates have their concerns

Like mentioned before, McCaffrey is not the favorite to win MVP, and a player like Patrick Mahomes will certainly have much higher betting odds, as he should. However, Mahomes and the other QBs do have concerns that could limit their MVP cases.

Mahomes is a fantastic player, but he had a historically lucky campaign in one category: interceptions. Mahomes had a whopping 16 dropped picks in 2020 alone, which begs the question: if a few had gone the other way, how good would his season have looked? Josh Allen, another candidate, seems to have hit his ceiling, and most experts agree that it’s doubtful that he gets much better than last year. Russell Wilson struggled with turnovers last year, and with Seattle shifting more towards a run-first offense again, he might not get the opportunity to compete. Lamar Jackson was figured out by stingy defenses last year, Dak Prescott doesn’t have a huge sample size, Aaron Rodgers is getting older, Kyler Murray was hurt, and when Murray was healthy, he didn’t show an absolutely massive ceiling for the most part.

Why McCaffrey could win

The previous paragraph was undoubtedly chock-full of cherry-picked narratives, but it’s not to say that all, or many of those are true/or will most likely come true. However, it is beneficial and interesting to make a point about darkhorse picks. A darkhorse pick is never one that someone expects, and usually, they have to get some breaks to truly be in the race for #1. As established, McCaffrey is a very talented player, and he should be fully recovered from his injuries in time for 2021. If he regains his old form, he probably still isn’t likely to win MVP in place of a QB, however, with a few breaks, it’s definitely possible, which is why his darkhorse argument is very convincing.

3 underlooked candidates for Comeback Player of The Year
Why The Washington Football Team will be NFC East champions again
wpDiscuz
0
0
Would love your thoughts, please comment.x
()
x
| Reply