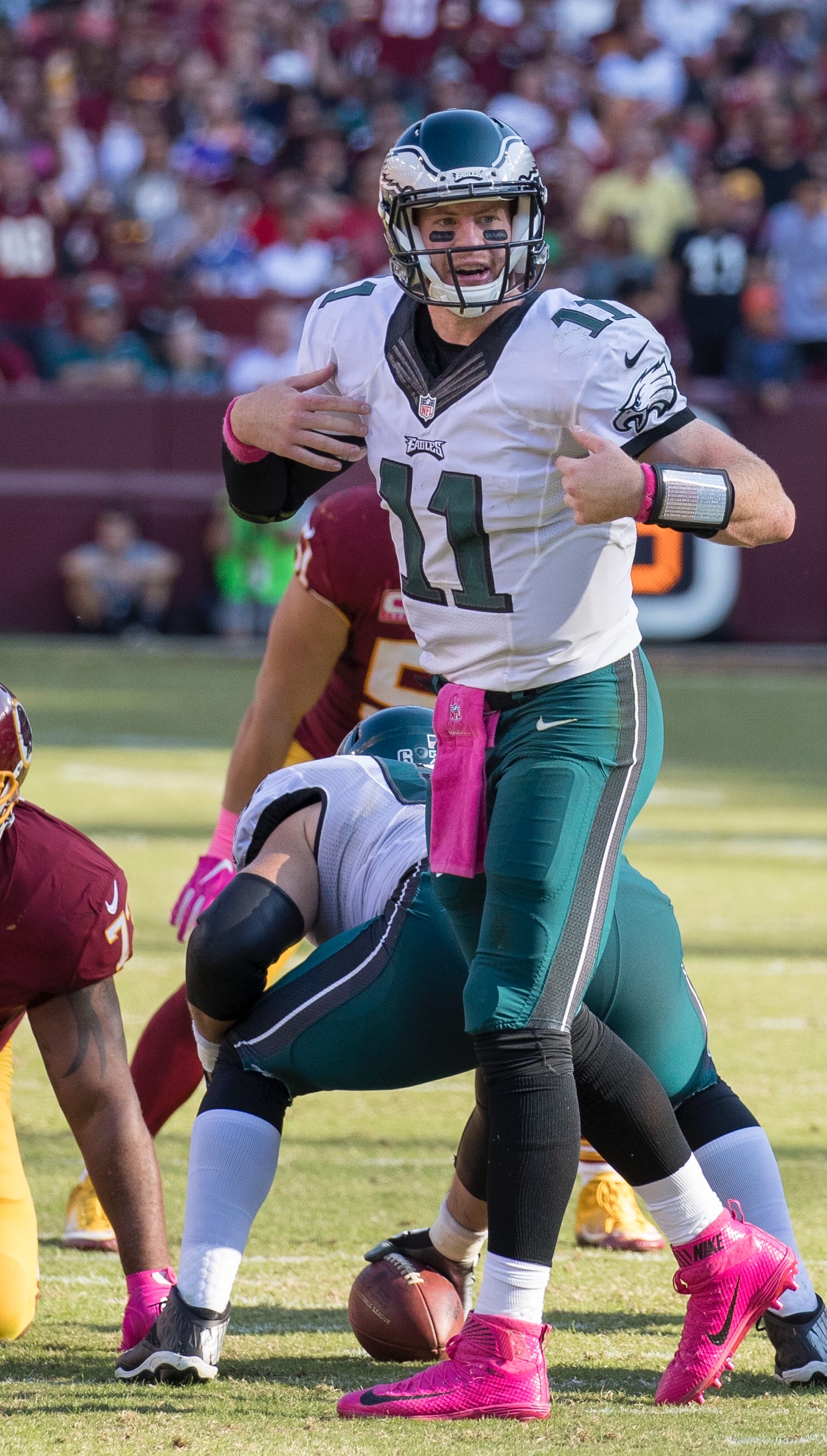 The Indianapolis Colts went into the 2021 offseason as a team in flux. After losing their starting quarterback and left tackle to retirement following the season, the team needed to fill some holes, and fast. Fast forward a few months, and the team is situated well to win the division, and should the cards fall right, they’re a young team with championship potential.

So, what happened? What makes the Colts the early favorites to hoist the AFC South Championship banner this season? Let’s dive into three reasons why Indy is poised to potentially make waves in 2021.

Which Wentz Will Arrive in Indy?

After an early offseason trade with the Philadelphia Eagles which netted Indianapolis former second overall pick Carson Wentz in exchange for a third and a future second/first, Indy solved the problem of who would be under center for the team for 2021.

The question that remains, however, is if the Colts will get pre-2020 Wentz, or the Wentz that played last season as arguably the worst quarterback in the league.

Prior to his fall in 2020, Wentz was a rising quarterback, having played at an MVP level during the Eagles 2017 Super Bowl season and overcoming injuries and poor offensive help to perform well in 2018 and 2019. The wheels suddenly fell off in 2020, however, as Wentz struggled horribly, throwing 15 interceptions in just 12 games and getting benched for 2020 second rounder Jalen Hurts halfway through their Week 13 matchup with Green Bay.

If the Colts can get an earlier version of Carson Wentz, they have the offensive line and weapons to field a top 5 offense. If he struggles again, the team could fall apart entirely.

The 2020 Colts defense was a pleasant surprise, going from a subpar/bad unit to one of the league’s best. With the acquisition of DeForest Buckner playing a pivotal role in the improvements of the front 7, the team finally was able to field its first top-10 defense since 2007.

In the 2021 draft, Ballard improved the unit further, adding Kwity Paye and Dayo Odeyingbo in the first and second rounds, respectively. While Dayo might not see the field until the latter half of the season, Paye should come in as an impact player right away, pairing with Buckner to overcome the loss of Justin Houston in the offseason.

While the defense did perform extremely well in 2020, there is even more room for improvements in 2021. If the newcomers can make an impact early, the defense could be championship-caliber.

After the draft had come and gone, Colts fans were upset that the team had failed to fill the massive hole left on the left side of the line by Anthony Castonzo. Free agents Sam Tevi and Julien Davenport were nothing more than backup-level players, and the team failed to draft an offensive lineman until the final round of the draft.

On Monday, May 10th, the Colts finally filled the position.

Long-time Chiefs left tackle Eric Fisher, a former first-overall pick, hit free agency with one big issue holding him back: an Achilles injury suffered during the Chiefs victory over the Buffalo Bills in the AFC Championship game.

With most projections expecting the tackle to be out for the start to the season, fans of the Colts shouldn’t immediately expect the left tackle position to be set. Instead, it will likely be one of Tevi or Davenport holding the position down for a few weeks until Fisher is ready to go.

Once he does check out as healthy, though, the team shouldn’t have any issues from a left side of the line comprised of Fisher, All-Pro Quenton Nelson, and Pro-Bowler Ryan Kelly.

With so many questions surrounding the AFC South in 2021, the Colts seem like the team best situated to take advantage of the issues surrounding their divisional rivals. The Jaguars seem to be a year away from competing, with first-overall pick Trevor Lawrence and rookie head coach Urban Meyers likely to need time to acclimate. The Texans seem to be having issue after issue, headlined by the allegations surrounding their franchise quarterback Deshaun Watson. The Titans, likely to be the one team with a chance to challenge the Colts, got worse in the offseason, losing many key defenders.

With the door wide open in the AFC South, the Colts are the best bet right now to lead the way in 2021.