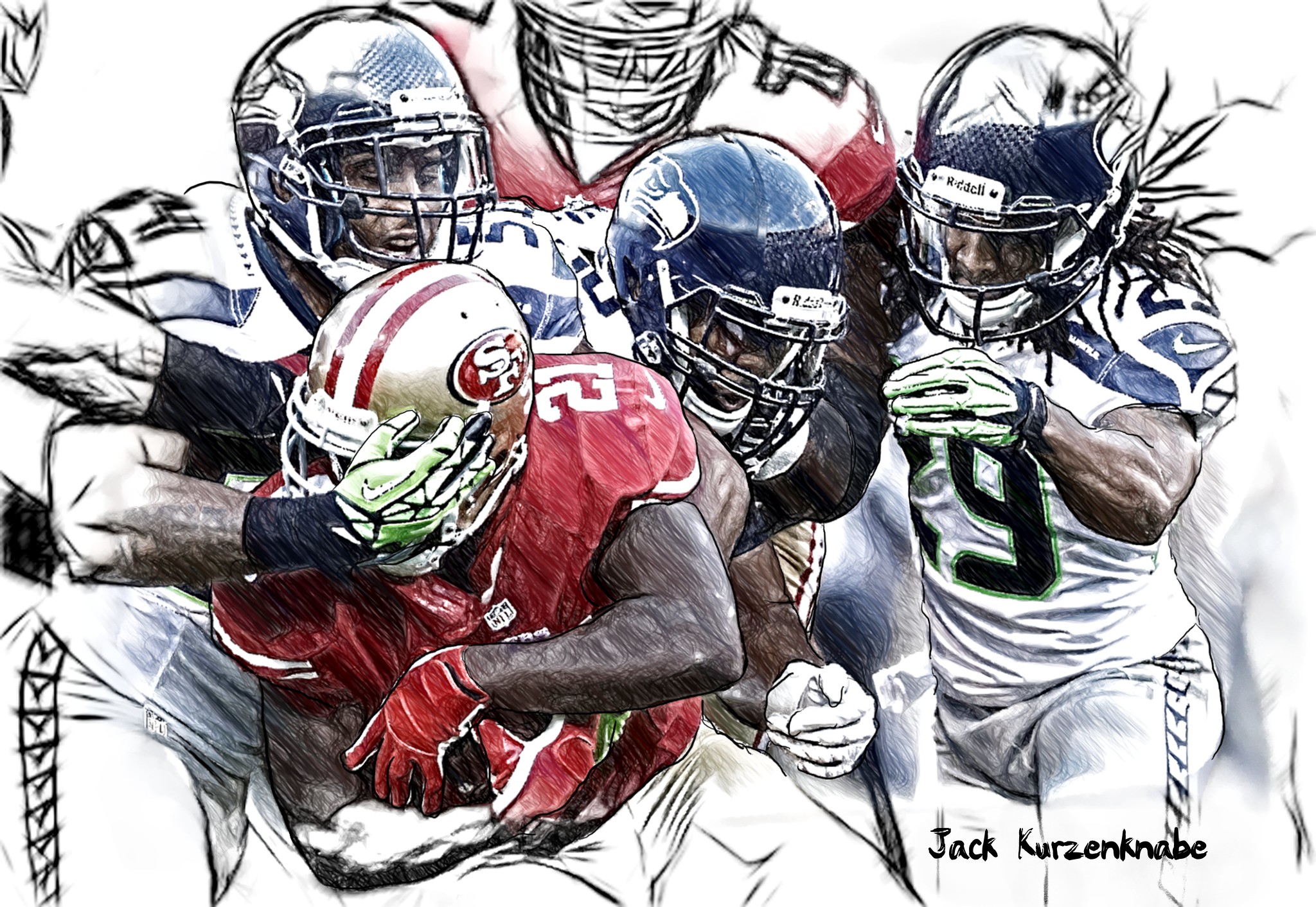 The NFL Draft is now complete as this offseason continues to push along. Teams are filling out their rosters and preparing their personnel for this upcoming season. With the free-agent market thinning out, and most of the worthy prospects already being signed, if a team needs a player to improve an area of their game, the trade market may be the best way to do it at this point.

For teams looking for a running back, an interesting name that could be available via trade is Raheem Mostert of the San Francisco 49ers. He, unfortunately, dealt with some injuries last year but was very productive in the 8 games that he did play, accumulating 677 total yards and 3 total touchdowns. He is a useful weapon out of the backfield and comes with a relatively cheap contract, but his time with the 49ers may be running short.

Mostert is set to become an unrestricted free agent after the upcoming season, so it would make some sense for the 49ers to explore trade options now instead of letting him potentially walk for nothing at the end of the year. The fact that the team used two of their draft picks this year on running backs Trey Sermon and Elijah Mitchell, and also signed free agent Wayne Gallman to join a stable of backs that already included JaMychal Hasty and Jeff Wilson, could be a big indicator that the 49ers are already thinking about moving forward without Mostert.

If San Francisco does in fact look to deal him, here are three potential fits that may be interested in acquiring the versatile back via trade.

The Bills are a team that has been reportedly looking for more help at the running back position. Devin Singletary and Zack Moss didn’t do enough last year to help their young superstar quarterback Josh Allen. This is already a dynamic offense, and one of the best all-around teams in the NFL, but if they could improve their rushing attack they would be even more dangerous.

Mostert would be a good fit in Buffalo, not only for his rushing abilities but for his contributions in the passing game as well. He would give them another solid option out of the backfield and allow for a true committee approach to the position. This is a role that Mostert is already comfortable with because Kyle Shanahan and the 49ers offense utilized him in that exact way. The Bills are already a real contender this year, but making a move for Mostert could improve their chances even further.

The Titans have the most dominant running back in all of football. That beast is of course Derrick Henry. He’s coming off of a monster season where he rushed 378 times for 2027 yards and 17 touchdowns. All three of those totals lead the entire NFL. He is the true definition of a workhorse at the position, and he is as durable as they come, but for the longevity of his career and to optimize peak performance, it might be time for the Titans to get him some help to share the load.

This is where Mostert could come in. The offense would still obviously feature Henry as its main threat, while the contrasting style of Mostert would serve as a nice change of pace as the second option at running back. The one thing missing in the arsenal of Henry is that he is basically a nonfactor in the passing game. Mostert could assume those duties and do so effectively in a third-down back type of role. He could bring a new look to the Titans backfield that they were clearly missing last year.

The Dolphins are one the worst teams in the NFL at the running back position. Their offense is both young and solid everywhere else, including Jaylen Waddle, DeVante Parker, Will Fuller, and Mike Gesicki catching passes from now second-year quarterback Tua Tagovailoa. They have invested heavily in the offensive line and in targets for Tua, but the one thing still missing is a reliable option in the backfield.

Mostert could potentially solve that very problem. If acquired, he would instantly be the best running back on the team. Providing Tua with a more consistent rushing attack would be a valuable asset for his development. It would take some of the pressure off of him to carry the entire load and would also open up the play-action passing game that he is so good at. All of these things considered, and including the fact that he was born in the state of Florida, the perfect fit for Mostert just might be Miami.

D’Andre Swift is the key for the Lion’s playoff chances
Fade These Second Year Players in Redraft
wpDiscuz
0
0
Would love your thoughts, please comment.x
()
x
| Reply