What is the best and worst case scenario for Packers 2021 season if Rodgers leaves? 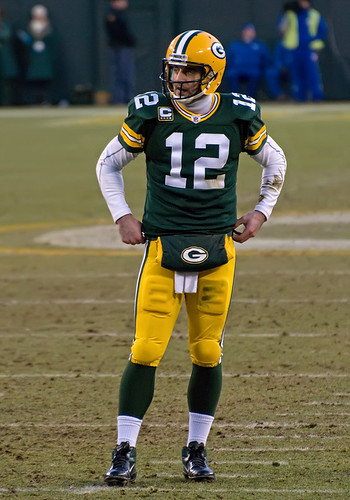 The Green Bay Packers are in a bit of a predicament as of right now. They don’t know if they will have they starting, Hall of Fame, all time great, quarterback for this season or not.

You know, nothing crazy.

The Packers have a lot to figure out before the 2021 NFL season begins. Who exactly, is their starting quarterback? Is Jordan Love ready to take the mantle? Is Rodgers willing to come back? Whatever happens, if the Packers are unable to bring back Rodgers, whether they trade him, or he retires, all is not lost.

The Packers still have a great one-two punch at running back. They have arguably the best wide receiver in the NFL. And their defense, while it has been shaky at times, is not awful. Love gets more criticism than he deserves, not because he was the pick, but because the Packers spent a first round pick on him, instead of helping Rodgers by drafting a receiver. So, Love could potentially be the man. And after sitting behind one of the best to ever play, learning for a year, perhaps Love could even be a good player.

But then again, Love has never played a down in an NFL game. So he could flop as easily as he could succeed.

The worst case scenario for the Packers without Rodgers is pretty simple. Jordan Love looks like a rookie quarterback, because he has never played a down in the NFL. He struggles to read defenses, make simple throws, and fails when the team needs him most. The Packers defense proves itself unable to carry the team, and typically folds in the second half of games.

The Packers try to run the ball, but because everyone knows they are doing it, its largely ineffective. The Packers win five games, through some heroics by Davante Adams and Aaron Jones, but are mostly an easy opponent for competetive teams.

This scenario could also play out in a not-so-bleak sort of way. Love could show flashes, and make big plays, while also throwing crucial interceptions. An up-and-down season from Love is not unreasonable, seeing as he is untested. This is probably more realistic than the prior outcome.

In this case, the Packers win seven games, through some flashy plays by Love, and the aforementioned Adams and Jones. But they also lose games in a similarly spectacular fashion, as Love throws interceptions during crucial portions of games. He will also be confused by defenses that use schemes that he has never seen, and those games result in some blowout losses.

At worst, the Packers probably win no more than five games. They could win even less, but their winning culture and talented offense should help them win games that they might otherwise lose.

Jordan Love is the next Justin Herbert. He proves the Packers right for trading up to get him. He shows off his big arm, consistently taking advantage of rookie Amari Rodgers ability to run past defenders. Davante Adams remains the number one on offense, but Love proves willing to share the load. Robert Tonyan leads the team in touchdowns, and Love himself scores over thirty through the air and ground.

Defenses are unsure of how to confuse the star quarterback who seems to recognize most everything. That year that he sat behind Rodgers proves more than valuable. Love throws for over four thousand yards and nearly wins offensive player of the year. The Packers win ten or eleven games and make the playoffs. unfortunately, they lose in the first round, but the future is more than bright with Love at the helm.

At best, the Packers can win eleven games without Rodgers. IF everything went well, no one major got hurt, and Love turned out to be a star. This scenario is less likely than the first one, but it could happen. Should you bet on it? Only if you are willing to throw away some money.

What if neither scenario happens?

It is also quite possible that the Packers don’t play horribly, but are not very competitive either. The most likely case is that they are simply mediocre. Love looks like a second year quarterback who is playing his first season. Flashes potential, but struggles to read defenses at times and makes some mistakes. The Packers struggle to run the ball consistently, feeling the loss of Corey Linsley.

But at the same time, Jones will have big games, just not many in a row. The Packers offense remains up-and-down throughout the season, and the defense makes plays one game and gives up plays the next week. A frustrating season for Packers fans, but not a truly disappointing one, considering the circumstances. They finish the season with around seven or eight wins.

This scenario seems most likely to happen. The Packers have too much talent to be truly awful, but they have too big of an unknown at quarterback to be a Super Bowl Contender. The other two scenarios are very much possible, just probably not as likely as this scenario. If Rodgers does not play for the Packers in 2021, this scenario is the most probable. Don’t be shocked, however, if either one of the other two happens instead though.

The rise and fall of the Seattle Seahawks draft empire
D’Andre Swift is the key for the Lion’s playoff chances
wpDiscuz
0
0
Would love your thoughts, please comment.x
()
x
| Reply