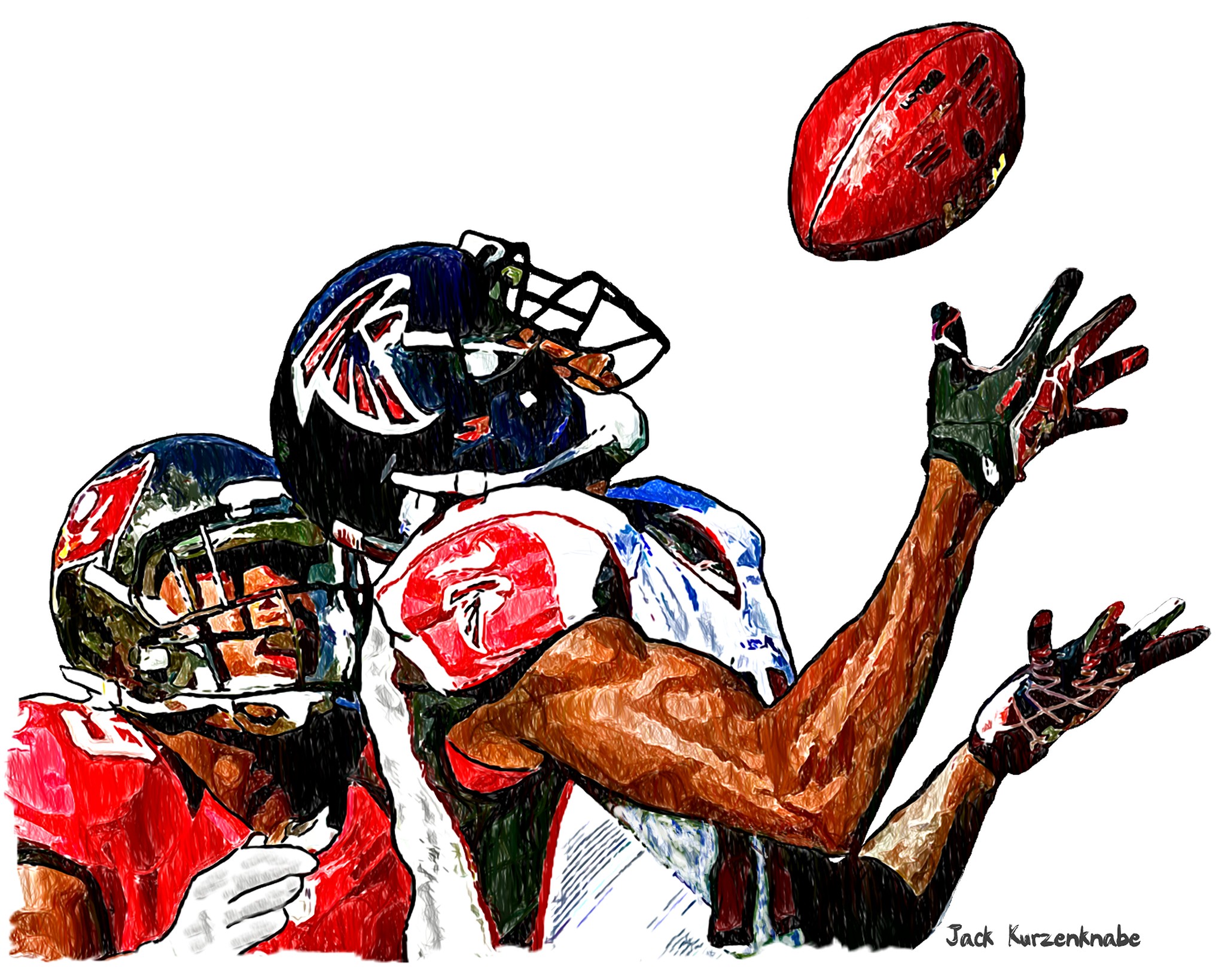 Julio Jones as of late has been one of the bigger names being thrown around in trade rumors.  Teams like the New England Patriots, Philadelphia Eagles, Indianapolis Colts, and San Francisco 49ers could all use another receiving weapon to truly give them an edge.  However, in this article I will be focusing on why the Las Vegas Raiders would be the best and most exciting option for Julio to be traded to.

The Raiders need a true #1

One of the most glaring reasons this would be a fantastic move for the Raiders is their lack of a true WR1.  Now to pre-empt this, I think Henry Ruggs is a very good player and will be extremely good at the NFL level.  I also like John Brown and Bryan Edwards individually.

The issue is, none of these players are WR1 material yet, however with the mentorship of a seasoned elite veteran such as Julio Jones, he could mold them to fill his role.  The other part that is huge about this is the play style difference between Ruggs and Jones is blatantly clear.  Julio is a 50/50 go up and get the ball type of receiver who relies heavily on his strength and route running to get the ball.  Ruggs is a deep speed threat who relies on his ability to get behind the defense and field vision to make receptions.

This yin and yang type of difference in playstyle would be phenomenal to watch as a fan of the NFL.  Pairing those two alongside Darren Waller and Josh Jacobs at the other skill positions for Derek Carr to work with would be a finely tuned machine.

Something that would hugely benefit Julio in the later years of his career would be the chance to work in a little bit slower tempo of an offense.  The Falcons pass intensive deep ball offense takes a toll on the body over time, which we have seen with his injury history.  The Raiders currently run a West Coast style offense, which is heavily reliant on play-action passing and heavy running attack.

For Julio to be able to work in the short range, i.e. 10-15 yards from the line of scrimmage, that would likely preserve him from a ton more injuries for awhile.  Letting Ruggs handle the deep ball while he, John Brown, and Darren Waller work the intermediate would be a fantastic time for offensive coordinator Greg Olson to scheme around.

Taking Pressure off of Derek Carr

My final point somewhat connects to the previous two but also separates itself from them as well.  Derek Carr is also entering the years of his career where he may lose a little juice depending on his regression speed.  At 30 years old, he is by no means an older QB in the league, but as reliant as he has been on hurling the ball downfield, he may have to cut back on that a bit.

Allowing him to have a receiver who can get up against DBs and high point the ball would allow him to be slightly less accurate at times, including while under pressure.  At the very least it would give him one more weapon to throw to who he knows he can rely on to make the catch in big scenarios.

Three ways the Packers can heal the Rodgers strain
Which pass rush duo has the edge: Cleveland or Washington?
wpDiscuz
0
0
Would love your thoughts, please comment.x
()
x
| Reply