3 reasons why Michael Thomas is the most disrespected WR 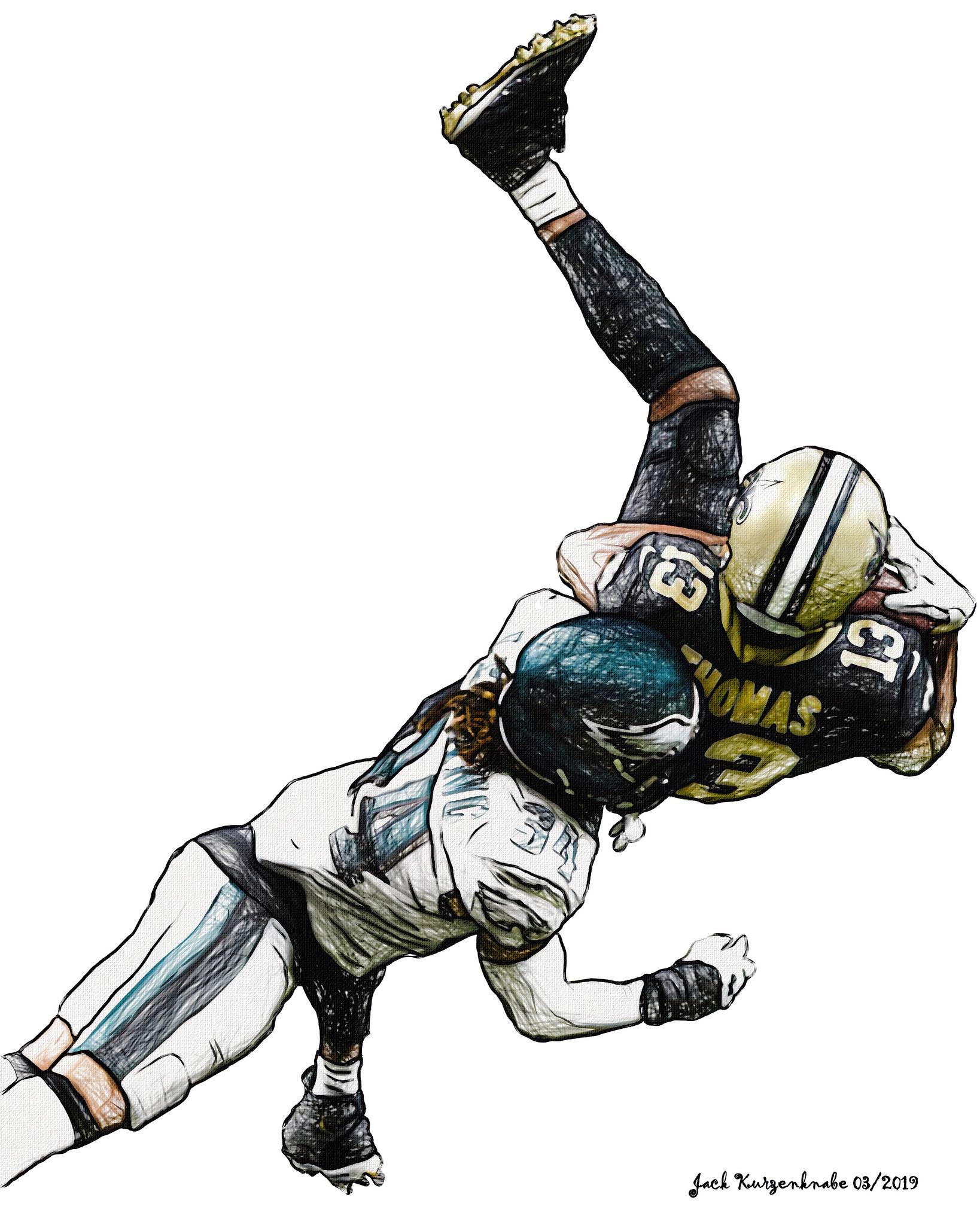 Cantguardmike is underrated to many fans

Michael Thomas gets the most undeserved hate out of all the receivers in the league. All the guy does is dominate year after year, but you would never know that if all you did was search his name on Twitter. My best guess as to why is that fans view him as a “diva” for being outspoken and emotional. To help dispel some of this unwarranted hate, I dive into 3 reasons why he is still one of the best receivers in the game today.

Thomas has had an 85 or higher PFF grade since entering the league.

Yes, I know that PFF is not the one true source for grading players, but they do a really good job of it. If they didn’t, we wouldn’t see them advertised every Monday night. No doubt, 2020 was a relatively rough year for Michael Thomas as he missed 9 games due to two separate injuries and ended up only playing 4 games with Drew Brees when he was healthy. Even with the injury-plagued season, Thomas still graded out really well during the games he did play as he finished a final grade of 85. For those who aren’t familiar with PFF grades, they aren’t like Madden ratings. 70-79 is really good and 80+ is getting to the really high performers level. For context, Patrick Mahomes only had a 91 PFF grade in 2020. So Michael Thomas earning an 85 while playing through injury and not-so-good QB play is very telling. Looking at a larger sample size, Michael Thomas was graded as 90+ for 2017, 2018, and 2019. He’s been nothing short of phenomenal during his career.

According to Matt Harmon’s “Reception Perception”, Michael Thomas is really good when going against Man Coverage and Zone Coverage. This is shown by his 80% or higher success rate against both man and zone over the last few years. Along with this, Player Profiler had him as a top 5 receiver in the following categories during his last full season (2019): target share, completed air yards, yards after the catch, red zone receptions, yards per pass route, catch rate, true catch rate, and contested catch rate. Needless to say, when healthy, Michael Thomas is a beast. Even in an injury-riddled 2020 season, he finished top 5 in target share, air yards share, true catch rate, and contested catch rate. As long as he can stay healthy, I fully expect Thomas to return to his dominant self in 2021.

Let’s talk about a bit of background first. After having a rough two games against Tampa Bay, Carlton Davis called Michael Thomas a “slant boy” on Twitter this past January, and that nickname has definitely stuck around. Michael Thomas is a short-to-intermediate expert, and he’s now getting a bad reputation because of this. Even if he thrives on these shorter routes, he’s not even close to just a “slant boy”. NFL.com released an article that graded the top 3 receivers by route using Next Gen Stats. Yes, Michael Thomas was the highest-graded receiver on slant routes, but that’s far from the whole picture. Thomas was also the highest-graded receiver for crossing routes, out routes, and hitches. As I said, the guy thrives in the short to the intermediate area. This does not make him a lesser receiver, it shows that he has perfected his craft.

I don’t know what brings all the disrespect on for Michael Thomas, but I do know that it is completely misguided. Statistically, very few receivers have a resume as good as Michael Thomas does since 2016, and he deserves way more respect than he receives.

What is the ceiling and floor for the Bills in 2021?
Are the Chiefs Just an Elite Team Right Now or a Dynasty?
wpDiscuz
0
0
Would love your thoughts, please comment.x
()
x
| Reply