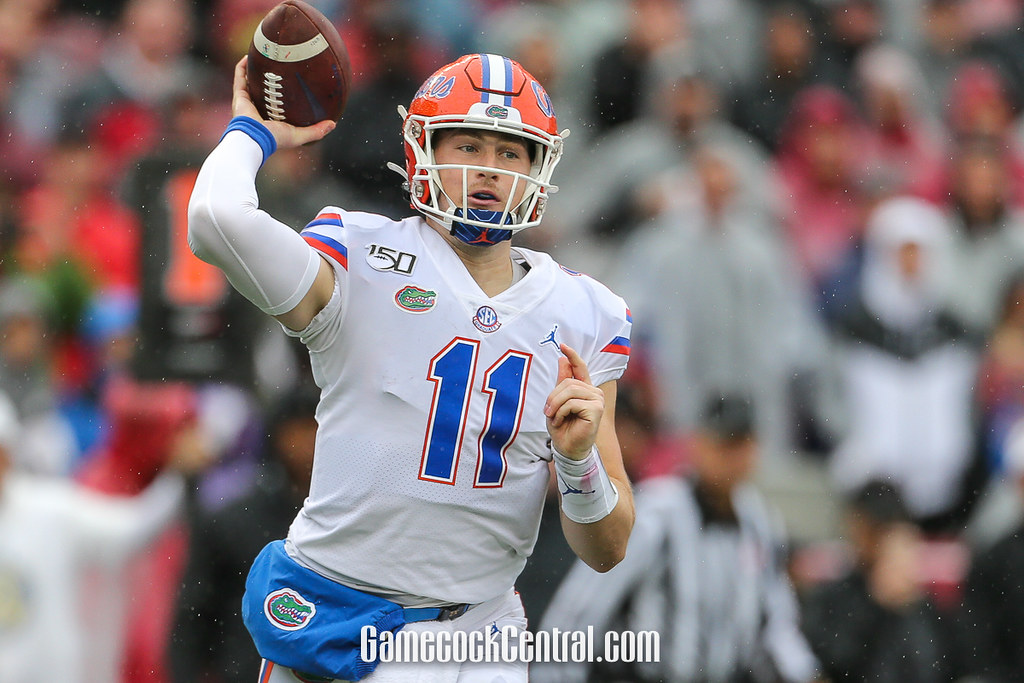 Elijah Mitchell is ready to excel

With dynasty rookie drafts coming to a close for most of us, it’s time to get the trading on. This is when it is important to start getting those sleepers that can supercharge your roster (or at least your taxi squad). Here are five rookie sleepers you should be trading for right now.

Before you go looking to trade, check your waivers, because Doaks may have slipped through the cracks. The Miami Dolphins finally addressed their running back room in the 7th round at Pick 244, selecting Gerrid Doaks from Cincinnati. Now normally a 7th round running back wouldn’t cause for a second look, but it is the Miami Dolphins whose starting running back in 2020 was Myles Gaskin, also a 7th round running back. With a new scheme and play book, it’s a clean slate for the RB room, and, for a minimal investment, there isn’t a 0% chance Doaks wins the job or at least a role. Doaks is no slouch of an athlete with an 87% burst score. I think at worst he is the handcuff to own in Miami.

At least we know this A. Rodgers will be a cheese head. I feel like we’ve been waiting forever for Green Bay to add another pass catcher and they finally did in the 3rd round at Pick 85 with Amari Rodgers. Amari is due for a place right in the starting offense in the slot role. I see him as what they wanted Ty Montgomery to be: a slot receiver who may also work out of the backfield at times on gadget plays. Amari Rodgers has already shown ability at Clemson, where in his senior year he posted 1020 yards and 7 touchdowns on 77 catches. The time to buy is now though because you can take advantage of the uncertainty regarding who will be quarterback. No matter what, I believe Amari will be featured.

The San Francisco 49ers spent a Day 2 pick on Ohio State standout Trey Sermon. In fact, they traded up to land the RB, which could signal how much Kyle Shanahan values him. While Sermon will be the more sought after 49ers rookie RB, Elijah Mitchell could present the real value. By all accounts, Mitchell is a perfect fit for what Shanahan likes to do offensively. He’s got great vision, makes one cut and takes off. Mitchell also ran a 4.38 40-yard dash at the Senior Bowl and is tough to bring down with his 5-foot-11, 215-pound frame. He has all the makings of a late-round RB that Shanahan turns into a 1,000-yard rusher out of nowhere.

This was one of the more surprising fallers in the NFL draft. Pre-draft, Jordan was the 2 or 3 on most peoples’ boards for fantasy tight end. But he fell in the NFL draft all the way to Day 3, where the Houston Texans selected him in Round 5 at Pick 147. Brevin was actually the 10th tight end take in the 2021 NFL Draft. The silver lining here is he ended up on the Texans, who have a big hole in the tight end room. Last year, the combined power of Jordan Akins, Darren Fells, Kahale Warring, and Pharoh Brown netted 87 receptions for 913 yards. That’s not a bad pie if all the pieces are together. Brevin may take some time, but he is a good pass catcher who has the opportunity to work his way up the depth chart.

The Buccaneers were the first ever Super Bowl winning team to have ALL of their starters return. With that, they made quite a shocking pick at the end of the second round at Pick 64, selecting Kyle Trask, a quarterback out of Florida. Trask is presumably the heir apparent to Tom Brady, who can’t play forever ”¦ can he? The two-year college starter was known to be a project quarterback with the skills to be a possible starter. What better spot than to learn behind arguably the greatest quarterback of all time? Trask in his senior season had 301 completions and 4,283 yards, which is a solid stat line for any college QB. If he develops and absorbs the knowledge from Tompa Brady, we could see a solid starter in a couple of years. It’s better now to get ahead of it, especially if you have a spot on your taxi squad.

There you have it, 5 sleeper rookies you should be targeting right now. Make sure to follow me on twitter @KidFlashFF

Why the Jets Defense Will Rebound Under Robert Saleh
Three Browns Players with the most to prove this Offseason
wpDiscuz
0
0
Would love your thoughts, please comment.x
()
x
| Reply