Patrick Mahomes’s quest to be the greatest 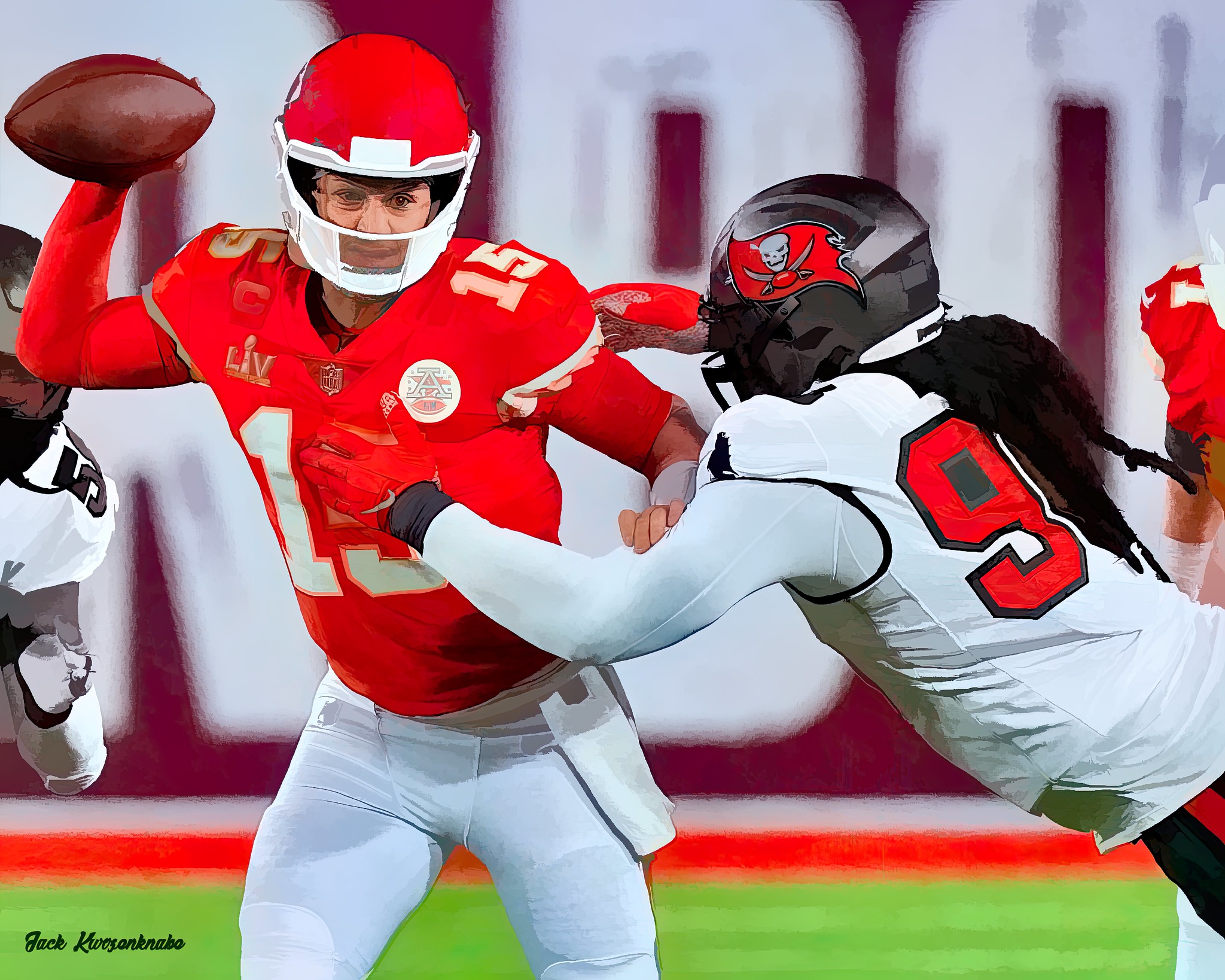 For the second article of the first week, let’s take a look at the most talented quarterback and arguably best player overall in the NFL today: Patrick Mahomes of the Kansas City Chiefs.

Still just 25 years old, the young quarterback’s career is already worthy of Hall of Fame consideration. With a pair of Super Bowl appearances (including a win) and an MVP award already on his mantle, Mahomes seems easily destined for Canton at this early stage of his career. Although I could leave this article here and everybody would agree already, let’s break down the numbers.

Statistically, Patrick Mahomes ranks 17th all time in passing yards through a players first 4 seasons, with 14,152 yards in that frame. He also has second most touchdowns in that period with 114, behind just Dan Marino’s insane start to his career with 142 scores. While overall these numbers seem great, you must take into account that Mahomes only played a single game as a rookie in which he didn’t even score.

Removing the stats from that game and imagining his rookie season starting in his second season, Mahomes leads all players in first three career seasons in both yards with 13,868 (nearly 1,000 ahead of Andrew Luck’s 12,957) and passing scores with 114 (16 ahead of the 98 put up by Dan Marino).

Moving on to the advanced statistics, Mahomes sports the highest career passer rating in NFL history with 108.7, as well as leading the all-time category of passing yards per game as the only player above 300 yards per game. On top of all of this, Mahomes career record of 38-8 gives him a 0.826 career win percentage, which, after four more games, would put him atop the all-time win percentage list, just ahead of Otto Graham’s 0.814.

With 26 quarterbacks already in Canton today (Manning, Montana, etc.), and a handful more coming in the next few years (Brady, Brees, etc.), the list is already full of some amazing talents at the position. However, should Mahomes continue his dominant stretch for a full career, there is every possibility that he could go down as the greatest of them all, and dethrone Brady as the eventual G.O.A.T.

Tune in early next week for our third installment of the Quest for Canton Mini-Series, in which we will talk about the younger brother of another future Hall of Famer: T.J. Watt.