3 reasons why Clowney could have a career season 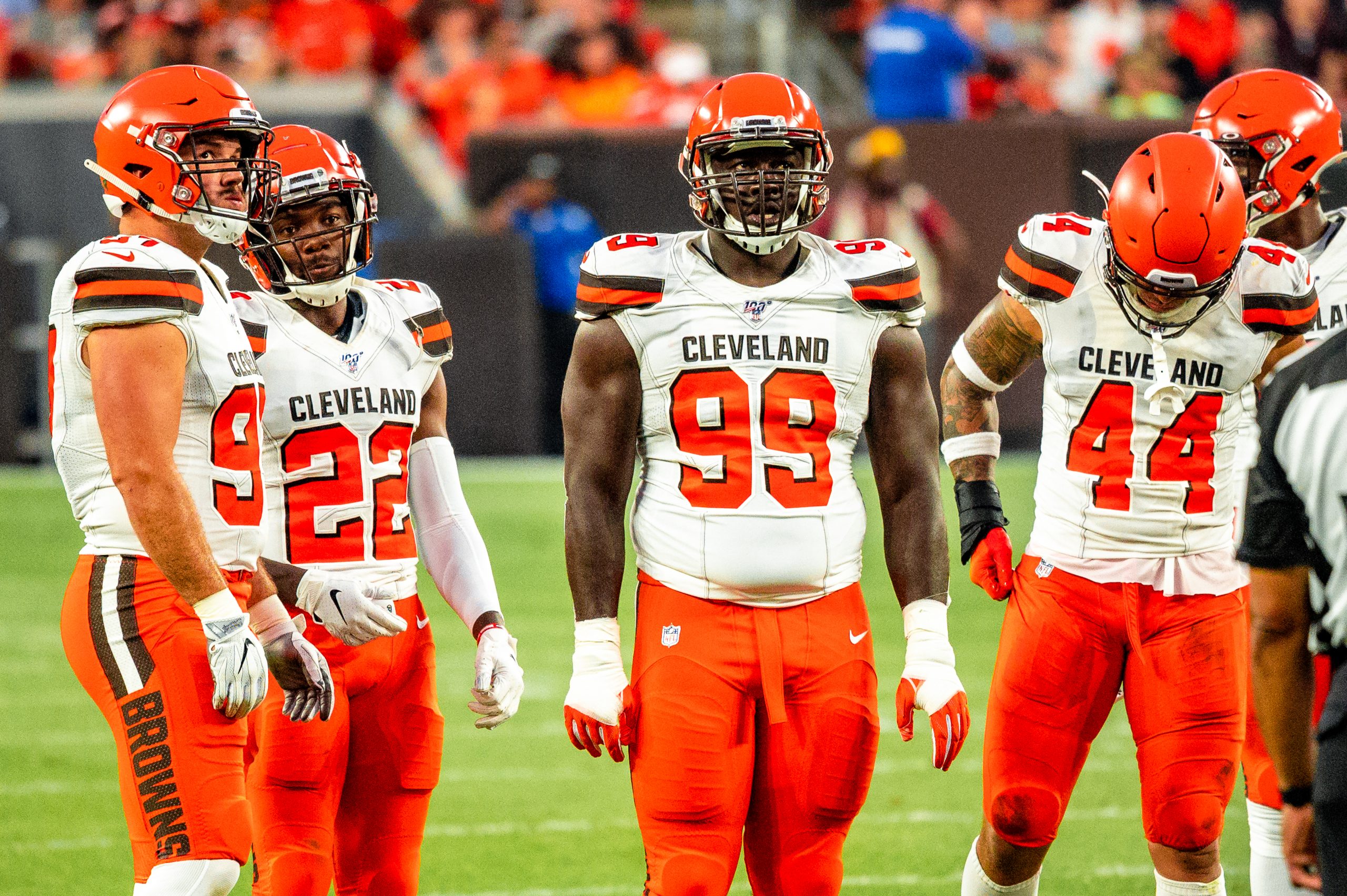 Browns Clowney will unravel his potential in 2021

Jadeveon Clowney had the worst year of his career since his rookie season when he appeared in only four games. A knee injury knocked Clowney out of his first and only season with the Tennessee Titans. After signing with the Cleveland Browns this off-season, Clowney wilh have a chip on his shoulder and be prepared to show that he can still be one of the top defensive players in the NFL. The Browns will also be looking to build on a strong 2020 season and Clowney will be thrust into a big role with this team. Here are three reasons why he will have a career season.

Injuries have plagued Clowney since he entered the NFL. This upcoming season, that should no longer be a problem. After missing half of last season, Clowney has had time to prepare his body and be ready for the 2021 season.

The Browns having such a deep defense should also allow for Clowney to not have to overexert himself, like he has potentially had to in the past. A healthy Clowney could easily be a top-5 defensive player in the NFL.

The Browns have assembled one of the top defenses in the NFL and were also able to return a majority of the starters from last season. The Browns strong draft will also help with this.

In the first round of the draft, the Browns selected Northwestern cornerback Greg Newsome II. Newsome paired with other corners, Denzel Ward, Greedy Williams, and Troy HIll plus safeties Grant Delpit, John Johnson III, and Ronnie Hrrison Jr, this secondary will be a terror for opposing wide receivers.
As offenses struggle to get past this secondary, Clwoney will be fighting to get into the backfield. The longer that the secondary can lock down the offense, the more opportunity that Clowney will have to make a big play.

In a potential bigger draft selection, the Browns selected linebacker Jeremiah Owosu-Kormamoah. This linebacker out of Notre Dame has proven that he can get into the backfield and disrupt plays.  During his two seasons at Notre Dame, he accounted for 24.5 tackles for loss. He is able to consistently get into the backfield and while only having 7.5 career sacks, is still able to impact both on run and pass defense.Clowney should benefit from Owusu-Koramoah, who opposing offensive lines will also have to scheme for. The defensive unit had 38 total sacks last season. The defensive line themselves accounted for 20.5 of these sacks. WIth the addition of Clowney, this unit will account for even more.

The biggest reason for Clowney having the biggest season of his career will be the guy lining up down the line from him. Myles Garrett has proven to be one of the best defenders in the NFL. Garrett accounted for 12 sacks last season in only 14 games played. He is a dominant force that can do almost anything he wants on the field. His ability to make plays forces defenses to prepare for him constantly. He is consistently double teamed and it is just an overall nightmare for opposing offensive coordinators.

Clowney has proven that when there is another star on the defensive line, he can be even more disruptive. While J.J. Watt and Clowney weren’t able to share the field often in their five-year run together, the one season where they were able to was a strong year for both players. The 2018 season saw both Watt and Clowney play at a high level. Watt recorded 16 sacks while Clowney added another 9. The two also combined for 34 tackles for losses.

In this same 2018 season, Myles Garrett had a career high in sacks with 13.5. Garrett also has the upside of age so this duo, if all goes well, will be able to perform together for some time.

So now add Clowney into the conversation and see what happens. Clowmey played some of his best football when playing alongside J.J. Watt. And Watt received treatment just like Garrett. Clowney should be able to reap the benefits of having Garett double teamed and being the central focus. In the least, his stats will look good. The potential for both of these players to have double digit sacks is very real.

3 reasons why the Lions will have a better defense in 2021
Patrick Mahomes’s quest to be the greatest
wpDiscuz
0
0
Would love your thoughts, please comment.x
()
x
| Reply