three biggest question aside from Rodgers for Packers right now 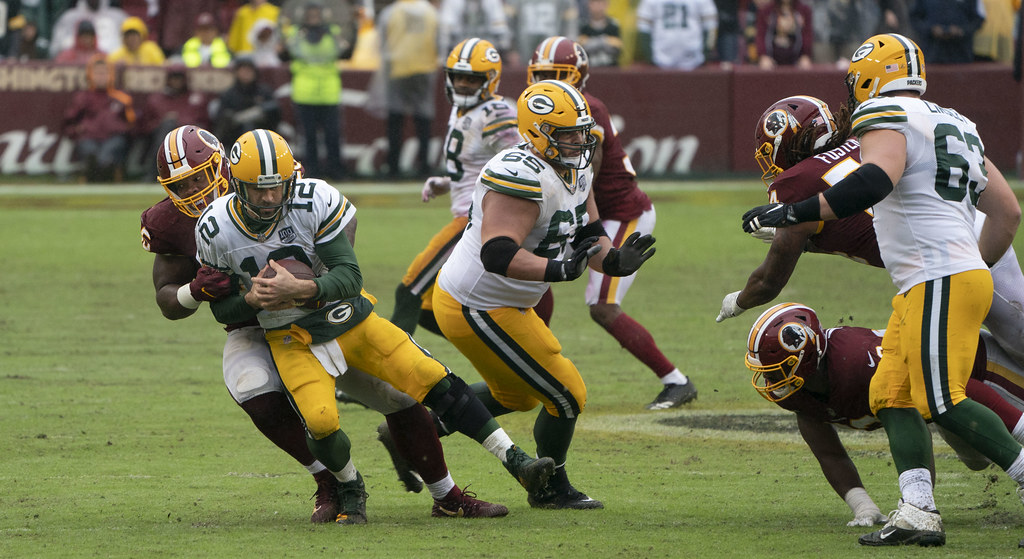 Who is the WR2 for Green Bay?

The Green Bay Packers have a lot to worry about right now. Mostly it concerns the deteriorating relationship between the Packers and Aaron Rodgers. Those are not the only problems that face them as they prepare to begin training camp. Positional battles will take place in training camp to determine who exactly starts as the number two receiver. Or who the center is.

Another problem that the Packers seemingly have ignored is their run defense. While they were ranked at 13th, to 11th last year, those numbers do not tell the true story. The Packers run defense in 2020 was mostly a liability. The Titans – Packers game where Derrick Henry did not rush for 100 yards was an aberration. Packers fans heading into that game fully expected Henry to have his way with the Packers run defense.

So, what real problems face the Packers heading into training camp? There are three big ones, as I have already outlined. And while the Packers have drafted some players to potentially fill in those spots, that does not mean that these questions have been answered. Only that a potential solution exists. The 2021 NFL season will prove whether or not those solutions are effective.

Who is the number two receiver?

Davante Adams might be the best wide receiver in the NFL. He’s in the top 3 if he is not number one. However, the players that line up with him don’t exactly crack any “top 25 wide receivers” lists. For good reason. Adams had 149 targets last year. (149! Let that sink in how dependent Rodgers was on Adams. Or how good Adams is. Or both.)

The next closest receiver, Marques Valdes-Scantling, had 63 targets. Aaron Jones, the Packers running back had the same amount of targets. However, Valdes-Scantling only caught half of the footballs thrown his way, for 33 receptions. Jones had 43. Allen Lazard, who had 43 targets, had the same amount of receptions as well. Robert Tonyan actually was second on the team with 52 receptions. The problem here is that Tonyan is a tight end.

So, who is the number two receiver? Is it Lazard? Perhaps, but the lack of targets is concerning. Valdes-Scantling certainly underperformed, with 30 targets resulting in no receptions. If the quarterbacks best options are his two running backs, who combined for 78 receptions, or his tight end, then the quarterback is in trouble. Especially if that quarterback is not Aaron Rodgers.

The Packers seem to be hoping that third-round draft pick Amari Rodgers can be that number two receiver. Rodgers (the receiver) is a fast, quick ,sure handed receiver. Matt LaFleur will certainly take advantage of Rodgers speed on jet sweeps and screen passes. Training camp will certainly help the Packers figure out who is the number two receiver. Amari Rodgers shows a lot of potential, with his speed and talent. However, if he does not win the job, that does not bode well for the Packers wide receiver core.

This might seem like a dumb question. After all, the Packers drafted Josh Meyers in the second round of the 2021 NFL draft. While Meyers will certainly have the inside track to start the season at center for the Packers, the level of play he gives will probably not be equal to what Corey Linsley gave. And there is no guarantee that Meyers picks up the job. He is a rookie and sometimes rookies underperform. Should he win the job? Yes. Will he? Probably, but he could not.

Being a rookie, his level of play will just not be as strong as Linsley’s was. Meyers might eventually reach that level of play, but not this season. He will be learning how to call out protections, read the defense to an extent, and how to play center at the NFL level. Even more concerning perhaps, is the depth behind Meyers. If Meyers falls, the level of play falls off a cliff. The only player behind Meyers on the Packers roster is Jake Hanson, who has never started an NFL game. Or played in one.

Can the run defense be fixed?

Out of the three questions facing the Packers as they enter into training camp, the run defense has the least amount of possible answers. The Packers ranked around 13th best rush defense in the NFL last year. However, they were 26th in yards per carry. The Packers did nothing in free agency to add a player to help their linebackers or defensive line. They added a 6th round pick at linebacker, and a 5th round pick at DL.

Those players will probably not start, and the 6th round pick, Isaiah McDuffie, may not even make the team. So the Packers will essentially be returning the same players, on one of the worst run defenses in the NFL. Their scheme will probably be changing in some portion with Joe Barry being named the new defensive coordinator. But there is only so much a scheme change will do. In the end, it will come down to talent and skill, and the Packers simply lack that when defending the run. Can Barry fix it? Perhaps. But I would not bet on it.

3 reasons why Jim Schwartz will resurrect the Titans defense
How the Arizona Cardinals will win the NFC West
wpDiscuz
0
0
Would love your thoughts, please comment.x
()
x
| Reply