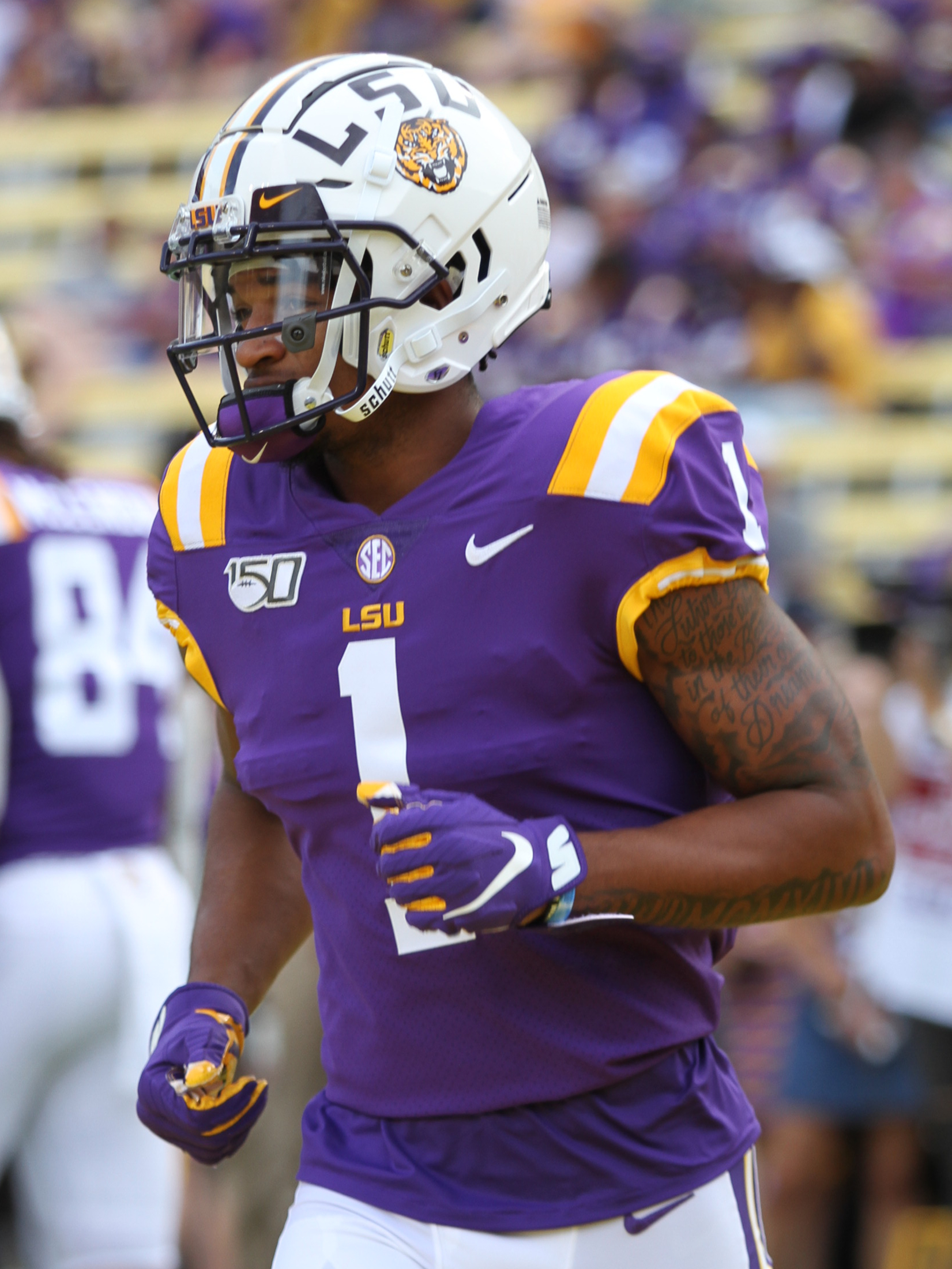 Many fantasy football players usually want the ”˜shiny new toy’ or rookies going into the new season. With the 2021 NFL draft now in the rearview mirror, we all know where the rookies will be beginning their careers at the highest levels.

Before the fantasy season kicks off, it could be the best time to take advantage of this ”˜rookie fever’ and sell players for peak dynasty value. This piece will look at three such rookie’s who could be sold for a haul.

Toney split opinion going into the draft but ended up being selected by the New York Giants at pick number 20 following their trade with the Chicago Bears. They moved up to this spot previously owned by the Giants to snatch Justin Fields.

The fact that Toney was taken this high and was the 4th wide receiver drafted in this class could be tempting in its own right to some dynasty owners. However, I would not be too sure. The Giants have added Kenny Golladay, who should come in and take over as the number one target in this offence, and also signed speedster John Ross. These two free-agent signings and the draft pick of Toney have crowded a receiver room that already has Sterling Shepard and Darius Slayton sitting in it.

As well as having players added at both the wide receiver and tight end positions, 2021 will also see Saquon Barkley’s return. Therefore we should assume that there will be fewer passes to go around.

It is also unclear what the future holds for Daniel Jones at quarterback. There were whispers that the Giants could either draft a signal-caller or perhaps grab one in free agency, this did not happen, and the Giants will continue with Jones under centre for the time being. Suppose Jones does not perform with the available weapons. In that case, the Giants may take a leaf out of the Jets book and cut their losses and move on, which would potentially mean two transition years in a row for Kadarius Toney, initially after joining the NFL and secondly with a new quarterback.

Could Zach Wilson be a star in the NFL? The answer to that is yes. However, will that happen this year or even next year? To that question, I’m not so sure.

Much like Toney, Wilson comes into the NFL with a 1st round draft cost which may be enough to get a good return on a dynasty trade, especially as he went 2nd overall to the New York Jets in this year’s draft.

It is primarily due to his landing spot that I am not overly excited about Wilson in 2021.

Wide Receivers at teams with a starting rookie quarterback-

If we look at the above table, we can see the top receivers for each franchise who will have a rookie quarterback playing in 2021 (The Chicago Bears are included as I expect Fields to start at some point). I prefer the group of both the Bears and the Jaguars compared to that of the Jets. Corey Davis is an excellent receiver who had a very productive 2020 season as a second wide receiver behind AJ Brown at the Titans. Can he step up to become an alpha receiving option for Zach Wilson? Will 2nd-year receiver Denzel Mims step up and breakout this season with a new quarterback under centre?

When we look at the running backs that Wilson has to lean on, it seems as if he will not have a workhorse behind him. Thus far, Tevin Coleman joined, following his exit from San Francisco, and took Frank Gore’s place during the offseason.

The Jets are rebuilding, and I’m unsure how quickly Zach Wilson can hit high fantasy value.

Ja’Marr Chase has the chance to be a superb player in the NFL. He is a player I have personally drafted in a start-up league. However, I am currently considering testing the trade market to see what I could get back for him.

He is the consensus wide receiver 15 currently, which for me seems high. There are a few other reasons why I think he could be a sell.

Firstly, will Joe Burrows be ready to play again from the very start of the season? And if he does, will he be able to play to the same level he was at pre-injury? Even if he does return to a reasonable level, it is common knowledge that the Bengals O-line is a problem area for the team. The line will need to be addressed at some point to protect their first-round draft pick from 2020.

Now, it is true that AJ Green has left Cincinnati to join the Arizona Cardinals, which will vacate targets that Chase can step into. However, Tyler Boyd and Tee Higgins will both take a large target share, limiting production at first.

Joe Mixon only played six games in 2020, and getting him back could help the offence substantially. Without Mixon, the team had to be pass-heavy and should Mixon play the whole of the upcoming season; pass attempts should decrease.

Why Steve Belichick can be the next great head coach
Which QB had a better career: Joe Montana or Troy Aikman
wpDiscuz
0
0
Would love your thoughts, please comment.x
()
x
| Reply