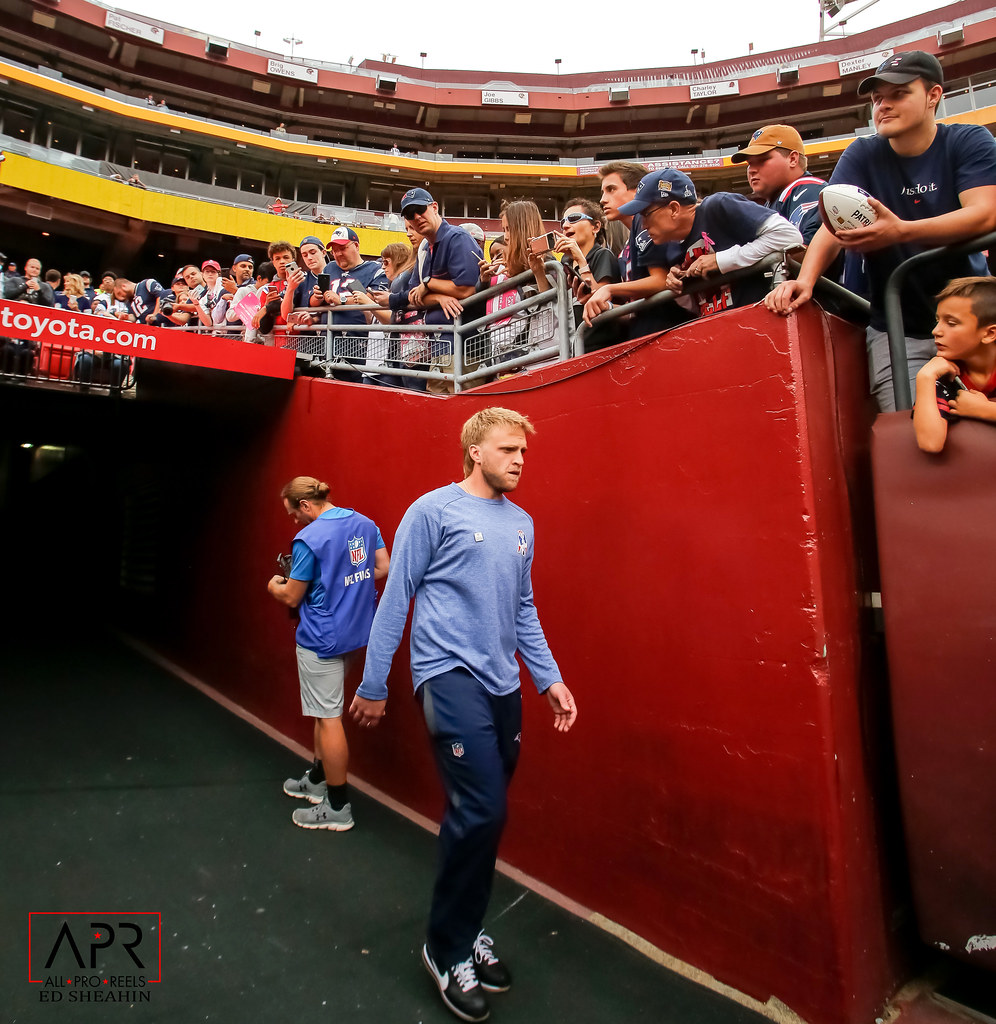 "STEVE BELICHICK" by All-Pro Reels is licensed under CC BY-SA 2.0

Steve Belichick is primed to be the next legend

Steve Belichick has been a part of the New England Patriots coaching staff since 2012 when he was hired as a defensive assistant straight out of college. His history predates that as his father has been the head coach of the team since 2000.

While many people know him just as longtime Patriots Coach Bill Belichick’s son, Steve has proven to be much more than that. In his nine years with the team, he has quickly climbed his way through the ranks as he is now the coach of the outside linebackers. But what is the future of Steve Belichick’s career? Let’s take a look at why he can be one of the next great coaches in the NFL.

What He Does Now

Steve is currently listed as the outside linebackers coach for the Patriots, a position that he has held since 2020. Before this. he was both the coach of the safeties and the secondary.

But that is not all that he does. It is the NFL’s worst kept secret that Steve also calls plays for the Patriots defense, or at least does occasionally.

Former New England linebacker Jarod Mayo is the inside linebackers coach for the Patriots. It has been reported that he calls plays on defense as well. So there is no clear play caller in New England, but instead, a duo that knows all of the ins and outs of the team.

What the Next Step Is

But, that could potentially change soon. As noted, Steve has spent time calling plays on the defensive side of the ball, alongside Jarod Mayo. These two are the unofficial defensive coordinator, seemingly splitting the duties.

If Bill Belichick decides to name an official defensive coordinator, it would make sense for it to be Steve. Outside of just being Bill’s son, Steve has achieved a lot during his short time in the NFL.

His coaching helped cornerback Stephen Gilmore have the best season of his career in 2019, which resulted in Gilmore winning Defensive Player of the Year and being named to his second First Team All-Pro team. This 2019 defense also led the NFL in both scoring and yards allowed per game. This success must be attributed to Steve in some way, even if not entirely.

The next step in helping Steve move forward would be to give him the official title of Defensive Coordinator. His proven knowledge on the defensive ball is clearly there but his achievements may be getting lost in the shuffle because he does not have the title of defence coordinator. After receiving this title, if Steve hasn’t already, head coaching looks should begin to roll in.

Why He Can Be Great

Belichick seemingly has all of the intangibles needed to be a great head coach in the NFL. His strong defensive mind will be heavily sought after in a league that is starting to rely so much on offense.

He also, much like his father, seems to live and breathe football. His knowledge and involvement at the highest level of the game can not go unnoticed. He has been in an NFL locker room since 2011 and has already experienced five super bowls and won three. He has been a part of every facet of the game and has become a proven leader. His defensive units have been regarded as some of the best in the NFL.

The knowledge that his father has passed down to him will only help him become an even better coach. Bill Belichich, when all is said and done, may go down as the best coach in NFL history. His son will undoubtedly learn more about the game through the things that he has already experienced.

The expectations will be high for Steve once he reaches the pinnacle of coaching, whenever that may be. But, if anything that he has shown to this point is real, he will be up to the task. And he might just end up being great.