The Seahawks are the most logical fit for Julio Jones 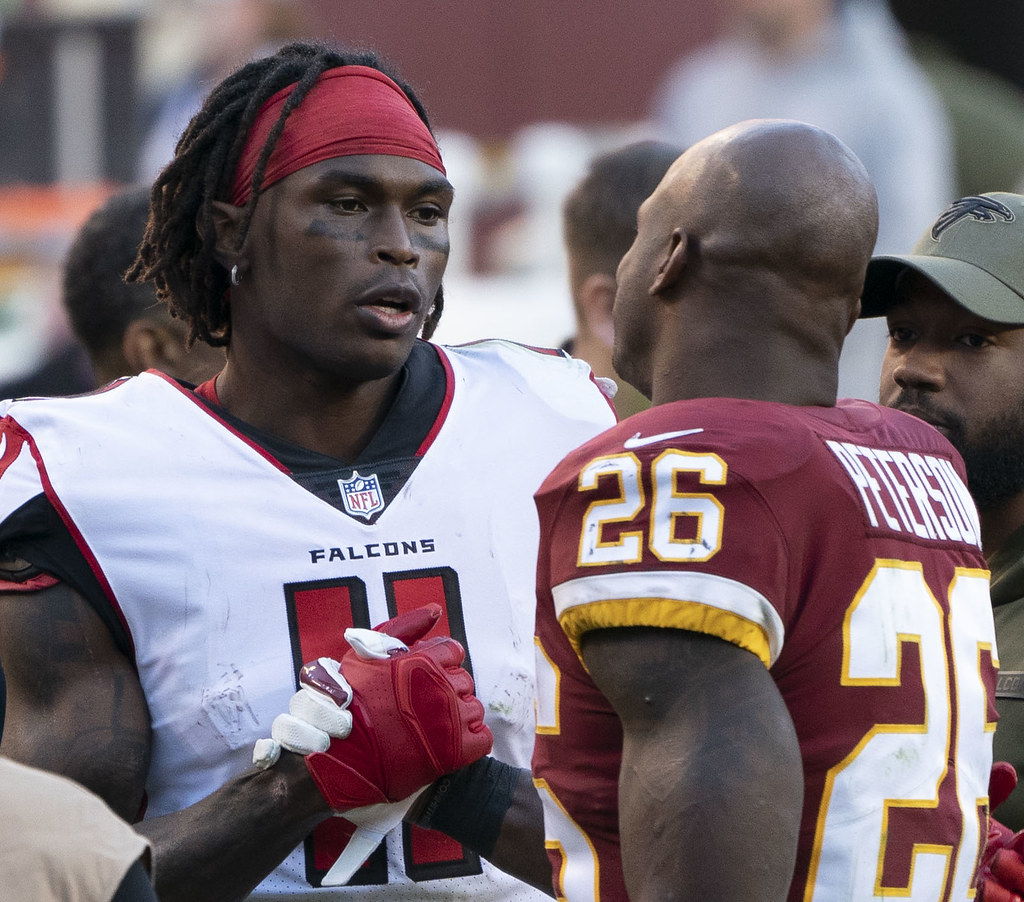 Imagine Julio Jones, lined up next to D.K. Metcalf, with Tyler Lockett behind both of them. You can hear the announcer already…

Oh, the possibilities. The Seattle Seahawks would have the best receiver core in the NFL. And it might not be close. Jones is one of the best receivers to ever play in the NFL. He is closer to the end of his career than he is his prime, but he still commands tremendous respect from defenses.

An offense with Metcalf to take the top off the defense, and Locket the stud slot receiver is already pretty good. Throw Julio Jones in, and it becomes an abundance of riches.

But, how do the Seahawks make this happen? They certainly are not going to trade almost any player on their roster, unless it would be someone who doesn’t start. The Seahawks just don’t have enough talent to be able to afford that. The Atlanta Falcons are going to be looking for players, or a good number of picks.

Reportedly the Falcons are willing to take a second-round pick. If that is the case, then the Seahawks should pounce. They could make an offer like this: a 2022 second-round, fourth-round, and a sixth-round pick for Julio Jones, and a 2023 fifth-round pick. The Seahawks don’t have to trade a first-round pick, and they get Julio Jones. The Falcons in turn receive some valuable picks, and more importantly, more than two.

The Falcons want as many picks as they can get because they will soon be rebuilding. They can use those extra picks to draft a player, or to trade up and draft a quarterback that either sits behind Matt Ryan, or takes his place. Seattle will have to make some financial decisions though.

On the schematic side of the ball, Julio Jones ensures that Russel Wilson will pretty much always have a mismatch. Perhaps four defenses can provide the cornerbacks, safeties, and linebackers needed to cover the threats that Seattle would trot out. The passing game would be such a threat that the run game should open up, even if Seattle’s line does not play well. Why? No defense will stack the box when Julio Jones and D.K. Metcalf can burn anyone in your secondary. And the duo of Jones and Metcalf would immediately compete for the best receiver duo in Seahawks history.

The top four receiving duos in Seahawks history would look like this, though the order could arguably be changed. Golden Tate & Doug Baldwin at number one and Darrell Jackson & Bobby Engram at number two.
Steve Largent & Sam McCullum and Doug Baldwin & Tyler Lockett at three and four respectively. Julio Jones and D.K. Metcalf could be ranked in the top three immediately, and after a year or two of production, they could easily take the number one spot. Not to mention Tyler Lockett rounding out the group, which would be the best trio of receivers in Seahawks history.

So Seattle would have a loaded offense. They can restructure some contracts and will be able to afford Jones. And Russel Wilson will be happy. If Seattle is able to trade for Jones, there is no way that Wilson asks for a trade. In fact he would probably be willing to take less money in the future to keep the team, and the receiving core, together. If Seattle wants to add bring their offense up to the next level, and keep Wilson happy, they should trade for Julio Jones.

It makes sense for the Seahawks. And it makes sense for Julio. He does not have to be the number one receiver. That job is taken by Metcalf. He would still receive his money. And he would go from Matt Ryan, who probably won’t make the Hall of Fame, to Russel Wilson, who will go down as one of the greatest quarterbacks ever. And playing with the best deep-ball passer in the NFL would sound pretty good to Jones. Wilson ranked 1st in 2019 in deep-ball passing, and 8th in 2020 by PFF and Pro Football Reference. In 2020 Wilson threw more touchdowns on deep passes than twelve quarterbacks had in total. That’s pretty good.

And compared to other teams’ offers, Seattle makes the most sense. The Patriots have a rookie at quarterback. They don’t have a very talented offense, anywhere you look. And the all-work-no-play culture in New England is probably not what Jones is looking for. Tennessee seems like a fine fit at first. However, the Titans have only $3 million in cap space, compare to the Seahawks $11 million. That would require more extensions and/or cutting of players to fit Jones’ contract into the Titans cap space. And the Titans have a question mark on offense, with Arthur Smith’s departure the Titans have a new offensive coordinator. Jones would probably prefer to go to a team where he already knows what the offense looks like, instead of something brand new.

Will it happen? It seems like it has legs, as Seattle has been reportedly looking at trading for Jones. It just remains to be seen when it will happen. The Titans are reportedly strong contenders but again, they have much less cap space to afford Julio than do the Seahawks. It’s a better fit and win-win-win for all three parties if Jones were to be traded to Seattle. The Seahawks get a great receiver and keep their quarterback happy. The Falcons receive the draft picks they want, and the cap relief that they desperately need. Julio Jones will still get his money, he will have one of the best quarterbacks in the NFL throwing to him, and he won’t have to worry about being the number one receiver. Everyone gets what they want.

Terrell Owens: tribute and reflection of the polarizing wideout
Why the Saints Made Fantastic FA and Draft Moves with Little Cap
wpDiscuz
0
0
Would love your thoughts, please comment.x
()
x
| Reply