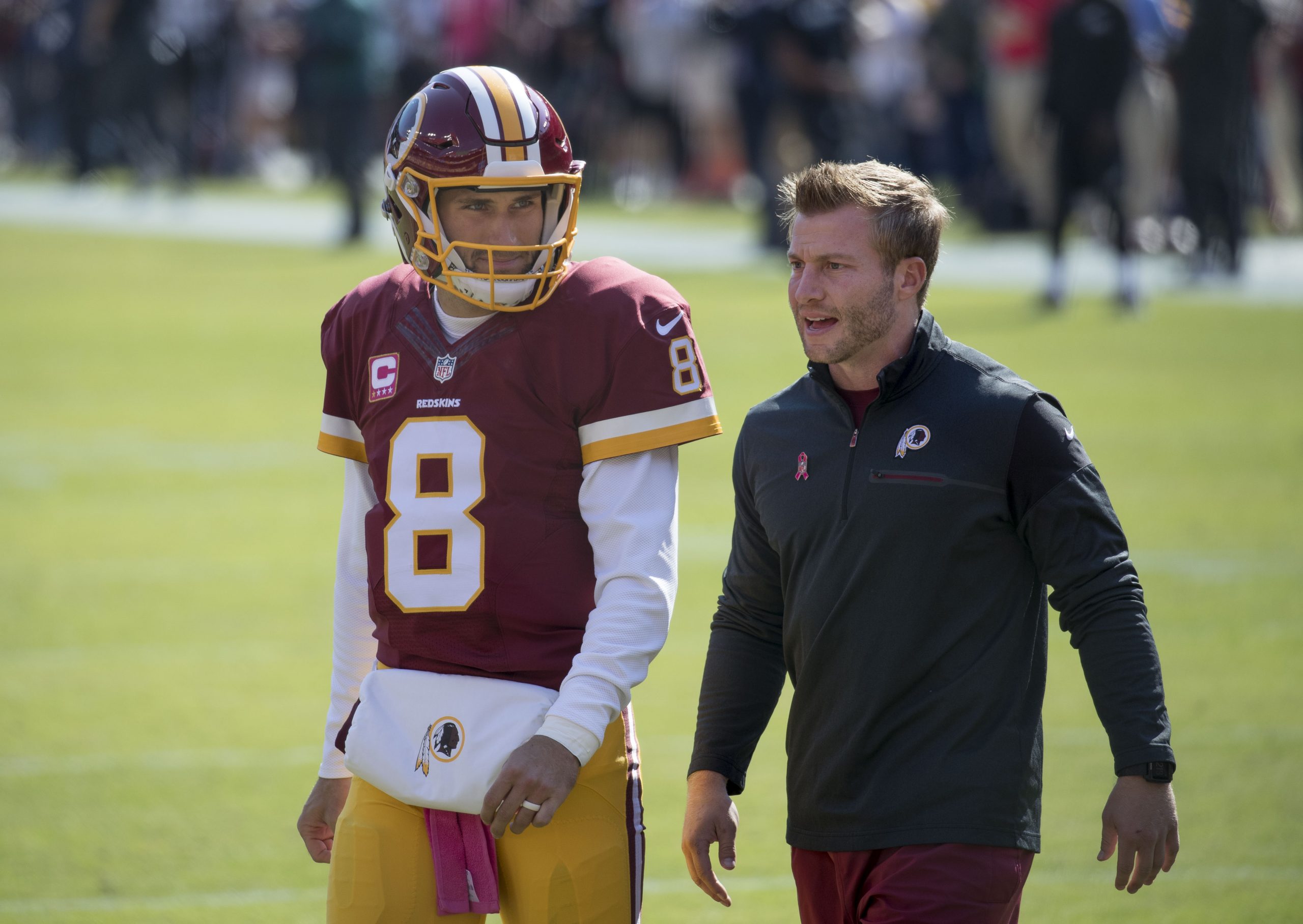 Rams Sean McVay is unique from any head coach

Los Angeles Rams head coach Sean McVay has been one of the most interesting coaches to watch since he began as a coordinator in 2014.  As the youngest head coach both currently in the NFL and in NFL history, clearly, something sets him apart from the rest.  Even with no college coaching experience to his name, he still has led the Rams to a 67.2% winning percentage during his tenure.

In this article, I will be going over the reasons why McVay stands out against the rest of NFL coaches.

One of the biggest and most notable things about Sean is how good he is at drawing up hypothetical plays for the playbook.  The Rams offense relied heavily on play-action in 2018 when they went to the Super Bowl, and clearly this was effective.  Being able to utilize play-action as much as they did is something few teams could do prior to 2020 when it became the norm almost.

This usage of play action has really revolutionized the NFL in a lot of ways, as prior to the Rams using it, it was very minimally effective.  With Sean being able to create new versions of it to cater to Jared Goff during those seasons, he made it extremely effective.  The increase in effectiveness in Goff when using play action is absolutely phenomenal, just to list a few from that 2018 season:

McVay being able to draw up an NFL playbook he likes with no knowledge or previous experience as a college level coach is impressive to say the least.  It gives him the advantage of drawing up plays without college bias though and gives him a chance to play call purely based on his coaching staff and not any previous experiences before the NFL level.

Sean McVay has had a pretty interesting road to the NFL that not many other coaches have had.  He played three years of football in college at Miami University of Ohio (not the Hurricanes) as a wide receiver, from 2005-2007.  After graduating there, he immediately went into the NFL as part of the Tampa Bay Buccaneers assistance staff.  Learning from at the time head coach of the Bucs Jon Gruden, he likely gathered a lot of information from him early in his career.

McVay also was a wide receivers coach in the UFL, which lasted for about three years and was likely a good experience for Sean to learn outside the NFL in a “college” type setting.  Obviously he went on a fast track to head coaching after that, going from offensive assistant with Washington all the way up to offensive coordinator before being hired by Los Angeles.  This track has never been taken before as he has done it so extremely young.

What I am referring to here is how McVay handles his coaching in terms of three different points.  Preparation, Personality, and Perseverance.  Each of these he has an abundance of, and truly it is something to behold.  In fact, in an interview with Andy Benoit after their 2018-2019 season Super Bowl appearance, McVay admitted that he “overprepared” for that game.

Sean says that he watched every single regular season and postseason Patriots game from 2018 in depth, as well as their last two Super Bowl appearances.  To quote this interview, McVay said,

“You have so much time that you can over-prepare and get away from some of the things that helped you get there. I watched every game from New England’s season. You see stuff that worked in, say, Week 3, but you forget about the amount of stuff that’s taken place since Week 3. You can watch so much film that you lose perspective. You have 18 games of film you can pore over. And then I even watched the Philly and Atlanta Super Bowls closely.”

McVay has so many traits that make him a fantastic NFL coach so far, but these three seem to be the primaries when it is boiled down.

Something some people may have noticed, and some may not have is how Sean runs his offense on the field.  One of the major things we saw in the Super Bowl Rams team is a use of using in-line tight ends as well as extremely close wide receiver routes.  He would do the opposite of what most NFL teams do now in spreading out wide receivers by clumping them up and putting them close together to the rest of the offense.

What this has done is we have seen him draw up plays where these bunched receiver sets use eachother as well as the tight ends to, in basketball terms, “set the pick” or take linebackers off of them so they have room to work.  The Rams have used this scheme a ton over the past few seasons, and it is not used nearly as much by other teams in the NFL or even college mostly.