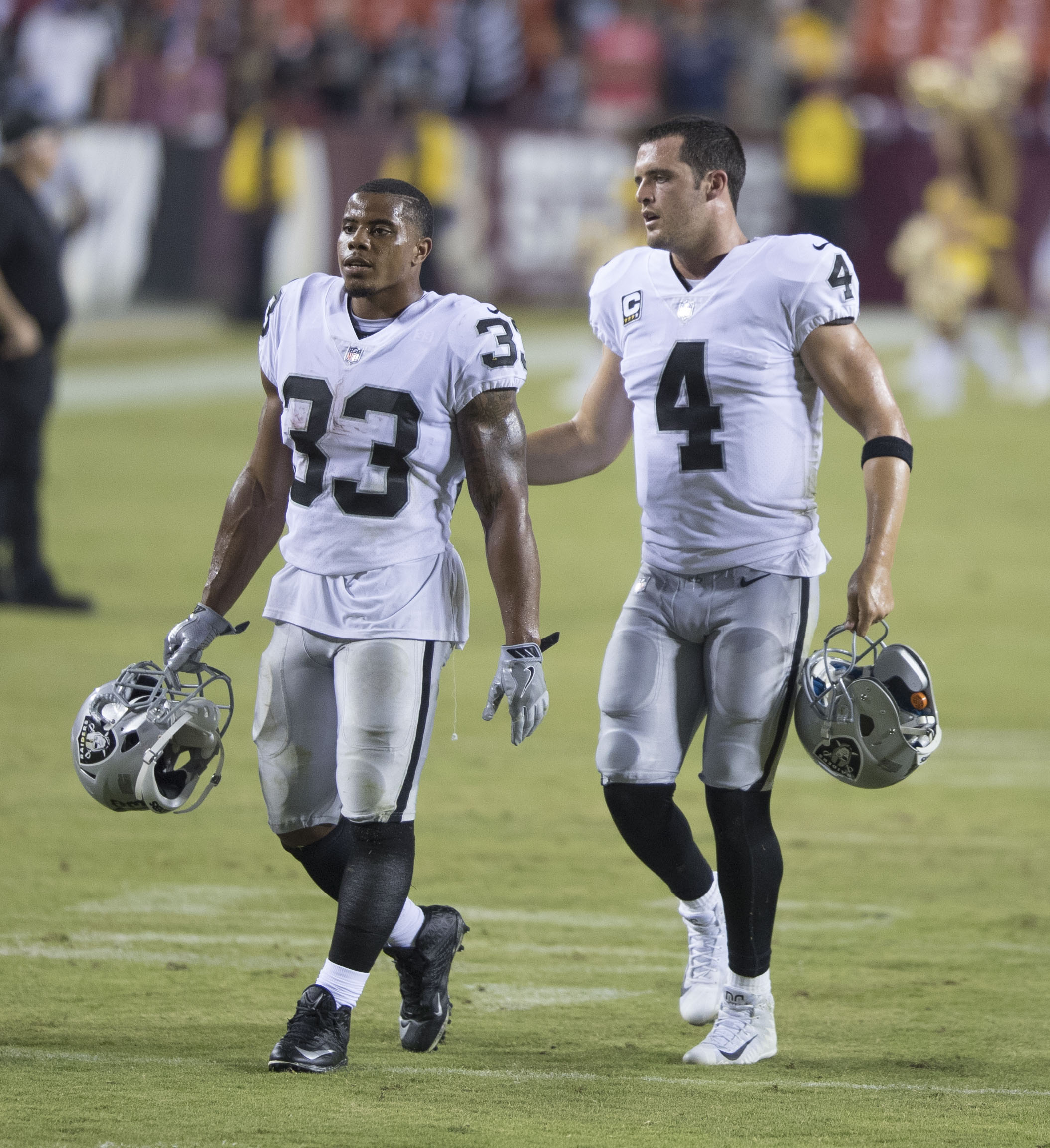 Derek Carr, the pocket passer that holds the most late-game comebacks in a quarterback’s first several seasons (20), has been in controversial trade rumors over the past couple of seasons. It’s unclear if Carr will follow in the footsteps of past former elite QBs like Tom Brady, Peyton Manning, likely Aaron Rodgers, in switching uniforms in a high level of his career.

As of right now, Carr is dedicating all of his energy to obtaining a Lombardi trophy in Las Vegas. Carr is so fixated in marriage to the Raiders that when asked about getting traded, this is how he responded, “I’d probably quit football if I had to play football for someone else”.

Carr’s allegiance to Las Vegas is unquestionable. The real inquiry is, “do the Raiders want Carr to be the face of their franchise forever?”. My response to that question: I believe so.

I will outline the three reasons why Carr will remain the Raiders QB until the death star (Raiders stadium) is inhabitable.

As long as Carr is the franchise QB, the Raiders will have an excellent floor each season. The Raiders have improved from four wins to seven victories, to eight wins, under Jon Gruden’s reign. Even if the Raiders miss the playoffs or have an early postseason exit, they should be in a tough spot to acquire a decade-like talent at QB in the draft each year.

There have been talented QBs on the trade block, but the available QB options are no longer available, or the steam has left the QB’s camps. Deshaun Watson doesn’t appear tradeable at this point, Russell Wilson is staying in Seattle, Aaron Rodgers appears to be in a Denver uniform or staying in a Packer jersey, and Tua Tagovailoa will be a franchise QB in Miami if he improves, or below dealing for if he sinks.

To sum it up, Carr will always be the best long-term offseason option to start for the team moving forward.

Gruden knows that improving a defensive unit that ranked 25th in 2020 is the highest priority on the horizon. The Raiders had issues against the pass (26th ranked) and opened the floodgates against the run (24th). The Raiders have made this defensive emphasis clear with four defenders getting drafted in the first four rounds of the 2020 NFL draft.

LV acquired pass rusher Yannick Ngakouye and cornerback Casey Hayward in free agency this offseason. Holes still lie in the secondary for the Raiders defense. CB Damon Arnette hasn’t proven his worth as a first-rounder, while the safety position was an Achilles heel in 2020. Corey Littleton was a sneaky good signing last offseason at LB, but the team desperately needs more consistent production in the LB unit.

In an AFC West division featuring MVP Patrick Mahomes, OROY Justin Herbert, and potentially Aaron Rodgers, the Raiders have to be featuring a competitive defense (at the very least) in the divisional gauntlet. A lackluster defense with a young, different face at QB could also put the Raiders in a massive hole in their very own division.

There have been false claims of Gruden wanting “his own guy” or in search of a different QB. This common, false report, can be put to the grave. Gruden AND Mayock firmly stand strong behind their QB held on a high pedestal.

They’ve expressed their gratitude and defense for their QB after putting on a fantastic showcase in the 2020 season. Carr displayed a career high passer rating (101.4) last season. His personality of grittiness is also very similar to Gruden’s style in the locker room.

Carr told Vinny Bonsignore of the Las Vegas Review Journal that his relationship with Gruden is often misunderstood. He elaborated by saying “what people don’t understand is how close we are. Not just football, but off the field. Whether it’s him texting videos of his dog and what they’re doing, and I’m sending videos of my kids hitting baseballs in their first game. People don’t understand that.”

The young Carr had an amazing season of production in 2020. If Carr ousts another year of mastering the offense and capping elite numbers, the connection should only continue to grow in the upcoming years.