Why the Chargers have a bright future with Justin Herbert 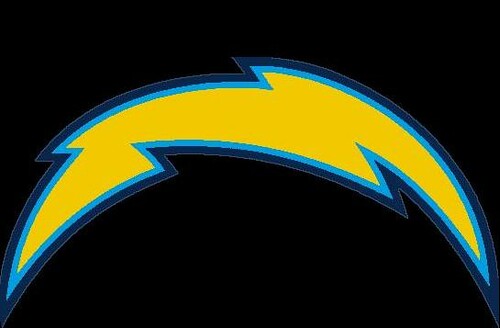 When the Los Angeles Chargers drafted Justin Herbert sixth overall in the 2020 NFL draft, there was plenty of mixed opinions.

Some felt he was one of the best quarterback prospects in the draft, notably Colin Cowherd.

However, others had him as a ”˜boom or bust’ option. Others felt that they should try to trade up to get Alabama quarterback Tua Tagovailoa, who went fifth overall to the Miami Dolphins.

With Herbert going on to win Rookie of the Year and Tua having a questionable first season in the NFL where he was benched twice, here is why the Chargers have a bright future with Herbert as their QB of the future as we also take a look back at the Chargers’ quarterback history over the past 30-40 years.

Failing To Make Super Bowl With Fouts And Rivers

The Chargers made their first Super Bowl during the 1994 season but have failed to make the big game since. They have made the postseason in eight out of the following twenty-six seasons. Out of those eight seasons ending in postseason football, they reached the AFC Championship once. This saw them lose 21-12 to the New England Patriots.

Quarterback for the Chargers was Phillip Rivers. It is arguably a couple of former Chargers players that are deemed two of the three best QB’s to never play in a Super Bowl, despite 106,480 passing yards and 675 touchdowns between them. These are the recently retired Rivers and Hall of Famer Dan Fouts.

Fouts was the starting quarterback before the 1994 season, playing for the franchise from 1973 to 1987. He never made the big game, losing in two Conference Championship games in successive years. Despite being an excellent quarterback in the regular season that set passing yards records, Fouts never seemed to replicate this success in the postseason, throwing 5 interceptions in a Divisional Round loss to the Houston Oilers and doing the same against the Dolphins three years later.

Rivers was also a quarterback known for throwing interceptions, with 209 across the course of his career. These two quarterbacks had excellent careers but for a reason unknown to many, they could not reach the game they both desired so much.

Despite having Fouts and Rivers, the Chargers have had many years of quarterback struggles. Since the departure of Fouts, in 1987, they have only had two quarterbacks play more than 75 games. Rivers is one and the other is Stan Humphries, who was the starter when the Chargers lose to the San Francisco 49ers in Super Bowl 29. Despite being in the Chargers Hall of Fame, he was never the best in the league. He had the 7th most passing yards in 1992 but was 21st in 1993, 12th in 1994, 13th in 1995 and 14th in 1996. Even in the 1994 season that saw them reach the Super Bowl, he only threw for 17 touchdowns and 12 interceptions. Despite the NFL being less of a pass-orientated league than it is nowadays, Humphries threw for just the tenth most touchdowns that season.

Bears Super Bowl-winning quarterback Jim McMahon joined the organization less than five years after winning the Super Bowl with the 1985 Chicago Bears, arguably the best ever NFL team. He only played in 12 games, throwing for 10  touchdowns and 10 interceptions.

During the 1998 NFL Draft, the Chargers had the second overall pick and the organization were looking to take a quarterback. It was seen as a decision between Peyton Manning and Ryan Leaf who were seen as the top two quarterback prospects. Some felt Leaf was the best option for the Indianapolis Colts who had the number one pick, with some feeling Peyton was the best choice.

Peyton was seen as the safest option but Leaf was seen as someone with a higher ceiling. However, as things would unravel, it was clear that the Colts made the correct decision in taking Manning number one overall. The Chargers took Leaf with the second pick.

Manning went on to become one of the best quarterbacks of all time, with two Super Bowl rings and 5 MVP awards. He also threw for 71,940 career passing yards, 539 touchdowns and holds many NFL records. He has the most passing yards in a season (5,477), most touchdown passes in a season (55) and has the joint-most touchdown passes in any single game (7). His number 18 jersey is retired from both the Indianapolis Colts and Denver Broncos, the two teams he won Super Bowls with and he will be one of the 2021 Hall of Fame inductees.

Leaf is highly considered the biggest draft bust in NFL history, spending just three years with the Chargers and recording 13 touchdowns along with 33 interceptions. He spent one season with the Dallas Cowboys but only started three games, throwing for 1 touchdown and 3 interceptions. He would retire in 2004 before going on to be sentenced to seven years in prison in 2012. Legal troubles would continue to follow Leaf’s personal life, as recently as May 2020 where he was arrested for misdemeanour domestic battery.

It was hard to imagine how both careers would pan out, but the pre-draft process should have steered the Chargers away from Leaf. The Colts certainly did this with Leaf failing to turn up for a meeting with Indianapolis. The organisation’s general manager at the time Bill Polian did not feel Leaf was mature or professional, lacking that “football junkie” mindset that Peyton had.

Manning also asked several questions to the Colts, whereas Leaf failed to ask any of the same questions. Leaf partied in Las Vegas on the night after the draft and yawned during his first news conference. Red flags would have surely been surrounding the Chargers front office.

Chargers had the perfect replacement for Leaf in Drew Brees, who was drafted in the second round by the franchise. However, he would only last five seasons before the Chargers failed to match his contract demands due to injury concerns. The New Orleans Saints would sign Brees instead of the Dolphins and the rest is history.  He currently holds the record for most career passing yards and pass completions, the highest single-season completion percentage, most consecutive games with a touchdown pass, most pass completions in a season, highest completion percentage in a game as well as being the player tied with Manning for most touchdown passes in a game.

Rivers was drafted in 2004 and whilst he never made a Super Bowl, he enjoyed a good NFL career despite many years of lacking a great offensive line ahead of him. He fixed a problem position for the Chargers that was around for a while but it is hard to ignore the issues they have had at the position, with the Leaf debacle and the injury problems for a QB such as Brees that had such a successful career after leaving the franchise.

The Move To San Diego

The Chargers decided to relocate from San Diego to Los Angeles in 2016, a decision that angered many. The Bolt’s fanbase have failed to truly support the move, with the franchise being repeatedly mocked for its lack of fans. The team on the road against the Chargers has often been cited as having more fans than the Chargers in Los Angeles. They now play in the new SoFI stadium, which is shared with the Los Angeles Rams, the stadium feels more of a Rams stadium than a Chargers stadium.

Despite this, the Chargers have reason to change that thanks to a new head coach and Herbert’s impressive 2020 season.

The Hiring of Brandon Staley

Head coach Anthony Lynn was fired after four seasons in charge. Brandon Staley was hired as Lynn’s replacement. He spent one season as the Rams’ defensive coordinator and impressed despite just a single season.

The Rams finished the 2020 season 1st in total points allowed and yards allowed.

Using two high safeties in 2020 was seemingly a large contributor to the success of the Rams defense. With Derwin James looking to spend next season on the field rather than the sidelines, he will be welcomed back with open arms. Staley has also talked about making life difficult for the opposition running back.

“It will be messy in the run game. You want those runs to have to slow down. It allows the second or third guy to get there. It starts upfront with the way we teach our defensive line and edge guys”.

Diante Lee from PFF talked about Staley in an article back in February and how Staley’s coaching system allows the team to both stop the run and pass. His 3-3-5 scheme will neutralise the run but also deals excellently with both play action and RPO plays.

Lee also showed the difference in the performance of the cornerbacks for the Rams and Chargers in 2020.

The best PFF coverage for any Chargers corner went to Michael Davis, who had a 62.9 rating. Meanwhile, under Staley as the defensive coordinator, Rams corners Jalen Ramsey, Troy Hill and Darious Williams all had a rating of 75.7 or more.

Staley has a tough challenge on his hands to help improve the fortunes of an organisation that has struggled for many years. He is a defensive-minded coach, which adds intrigue to how he will manage Herbert, who won the aforementioned Rookie of the Year award in 2020.

The Promise of Herbert

When the Chargers beat the Cincinnati Bengals in week one last season with Tyrod Taylor as their starting quarterback, no one expected Herbert to start in week two. Fans certainly didn’t expect their rookie quarterback to impress the way he did and for Taylor never to start another game in a Chargers uniform.

When the Chargers faced off against the Kansas City Chiefs in week two, Taylor was still expected to start. This was until Taylor accidentally suffered a punctured lung before kick-off, caused by the team doctor attempting to issue a painkiller injection for a rib injury during the warmups. Herbert was told he was starting just minutes before the game started.

Despite the lack of preparation, Herbert and the Chargers took the Chiefs to overtime before eventually losing 23-20. Herbert threw for 1 touchdown and 1 interception whilst also throwing for 311 yards.

Herbert would continue to excel, only recording one game without a touchdown pass, in the Chargers’ 45-0 defeat to the New England Patriots. The most interceptions recorded in a single game by Herbert was 2 as he finished the season with 31 touchdown passes, 10 interceptions, 5 rushing touchdowns, 4,336 passing yards and a 66.6 completion percentage.

The Chargers gave made some impressive additions during this current offseason in both Free Agency and the NFL Draft.

The Chargers did say goodbye to tight end Hunter Henry who joined the Patriots in Free Agency but replaced him with former New Orleans Saints tight end Jared Cook. Green Bay Packers allowed centre Corey Linsley to be available, someone who the Chargers acquired after the retirement of fellow centre Mike Pouncey.

Highly rated offensive tackle Rashawn Slater was taken thirteenth overall by the Chargers, one of two players in the position taken in the draft. The fifth round saw fellow offensive tackle Brenden Jaimes drafted.

Cornerback Asante Samuel Jr was taken in the second round, an indication of Staley’s desire to use the 3-3-5 scheme as Chargers head coach in 2021.  Herbert also acquired help in the draft, with wide receiver Josh Palmer and tight end Tre’ McKitty.

It is clear that the Chargers want to give Herbert the best opportunity possible to succeed in the addition of offensive weapons and offensive lineman.

The Chargers front office, coaching staff and fanbase have a lot to be excited about in 2021. Sharing a division with the Chiefs means that winning the AFC West is a very tough challenge and will be for some time. However, the wildcard spot is a very achievable target as they look to make progress and utilise Herbert’s potential.