Top position battles to watch in Indy this off-season 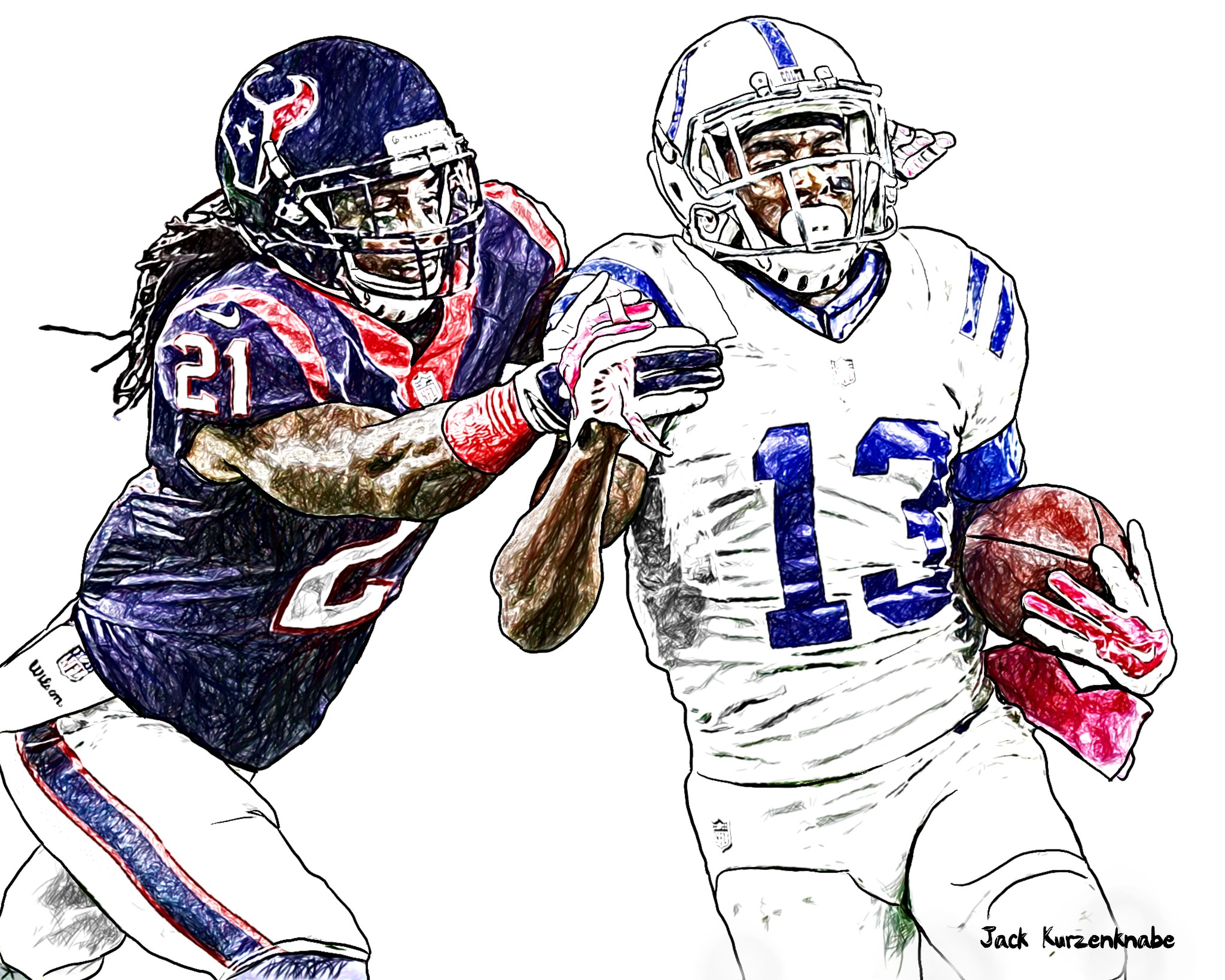 The Colts LT position is full of mystery

As the 2021 NFL offseason winds on, we get closer and closer to training camps and our first true looks at rookies, new faces in new places, and most of all, the camp battles for spots on the team. Veterans taking on rookies, free agents dueling with incumbents, and even the fringe players fighting for their lives just to make the roster in week one.

Indianapolis is no different from the rest of the league, as the Colts have numerous battles set to play out in camp at a number of positions on both sides of the ball. Be it a starting position, a spot in the rotation, or even a kicker battle (yes, there will be a kicker battle again in 2021), there is a lot to watch for and look forward to in late July.

Let’s go ahead and take a look at a few of the key positions that will see players vying for the role when training camp rolls around.

When Colts long-time left tackle Anthony Castonzo retired at the conclusion of the 2020 season, the team was left with a major hole on that side of the offensive line. While there was initially chatter that the team could consider transitioning All-Pro superstar left guard Quenton Nelson out to the edge, the free agency signings of the team effectively quashed that theory, at least for the time being.

In the early portions of the free agency period, the team signed both former Charger tackle Sam Tevi and former Dolphins bookend JuliÃ©n Davenport each to one-year contracts. Just when it seemed for a while that these two would be in for a camp battle to see who the starter for the season would be, the Colts brought in former Chiefs left tackle Eric Fisher following the draft to be the starter.

However, that signing came with a catch: Fisher wouldn’t be available to start the season, as an ACL injury suffered in the playoffs will likely keep him out for at least the first month of the season. Therefore, although he will be the starter when healthy, there is still a major battle to watch at the position in camp. Not for who will start for the season, but rather who will take over until Fisher is healthy and likely become the top backup.

With newly acquired quarterback Carson Wentz in desperate need of competent play from the left tackle spot, it is of paramount importance to the team to figure out the pecking order quickly. Be it Tevi, Davenport, or even practice squad signee Will Holden, the blindside needs to be figured out until Fisher can return, as well as for the long term outlook of the backup role.

The Colts defense in 2020 was a major surprise, and a lot of that success came from their pass defense. Long known as a team that stuffs the run well, the unit stepped up in a big way, leading the league in interceptions returned for scores with four while tying for seventh in overall picks at 15.

Much of this success came from the addition of Xavier Rhodes through free agency and the emergence of Kenny Moore II as one of the best, if not the best, slot corners in football. Both of the two contributed two of the four touchdowns and accounting for six of the team’s overall interceptions. The pair go into 2021 as locks at their respective spots, but the other outside corner role is yet to be filled definitively.

Early 2020 starter Rock Ya-Sin, who was coming off of a rough rookie season the year before, stumbled out of the gate and was thrust quickly into a timeshare outside with T.J. Carrie, who performed well in the role despite showing a definite ceiling. With fellow 2019 draftee Marvell Tell returning after taking the 2020 season off due to Covid-19, it is now a three-way race to see who will slot in opposite Rhodes in 2021. Don’t be surprised if it’s the guy who took a break that comes into the starting role, as Tell’s 2019 season showed a lot to like.

For now, though, all eyes are on who will help shut down teams second options on the outside.

The wide receiver position comes with a bit of a caveat. As of now, we have effectively five of the likely six receiver spots locked in, with T.Y. Hilton, Michael Pittman Jr., Parris Campbell, Zach Pascal, and key special teamer Ashton Dulin all most likely to make the opening roster for week one.

However, despite a seemingly set position, there are still a few questions remaining. As mentioned above, only five of the six likely spots have names penciled in, with the final slot likely going to be won through a breakout camp showing.

Rookies Mike Strachan, Tyler Vaughns, and Tarik Black figure to make their respective cases in camp, while 2020 rollovers Dezmon Patmon and De’Michael Harris will also have a shot. Don’t overlook free agents Gary Jennings, JJ Nelson, or Quartney Davis either, as each has a skillset that could push them to the top of the pile.

However, it isn’t just the WR6 spot that has questions surrounding it. While a lot of the chatter will be looking at who will fit that bill, there will be another underlying receiver duel going on: who will be Wentz’s top target?

Since being drafted in 2012, T.Y. Hilton has long been the top option in the team’s passing attack, with his deep speed and knowledge of the game giving him an edge on defenders and even allowing him to lead the league in yards in 2016. However, age is a cruel mistress, and she is quickly starting to catch up with the 31-year-old speedster. Thus, Wentz might look at another, slightly taller young target to be his top guy.

Michael Pittman Jr. came in as a rookie and performed very well. While the overall statistics aren’t jaw-dropping, his play on the field more than spoke for itself. Dominating in all three facets of the passing game as a deep threat, red-zone target, and yards-after-catch killer, Pittman showed major potential, and is seen by many as a potential major sophomore breakout candidate in 2021. With Wentz being well known for his vertical passing proficiency and his risk-taking nature, Pittman could quickly become the teams WR1, and the passing of the torch could even happen as soon as the start of camp.

All in all, this is a position to keep an eye on despite not having a “normal” camp battle taking place this season.

With Colts fans looking for the team to take the next step in the playoffs in 2021 under Carson Wentz, that run is still a while away. Thus, many are waiting just to get to the team’s training camp, if just to catch a glimpse of what may be to come in 2021. The storylines that come out of this period may well give a clear picture early as to the likely outcome of the entire season that lies ahead.

3 sleeper WRs for redraft
Top veterans from each NFC Team that could be cut
wpDiscuz
0
0
Would love your thoughts, please comment.x
()
x
| Reply