Top veterans from each NFC Team that could be cut 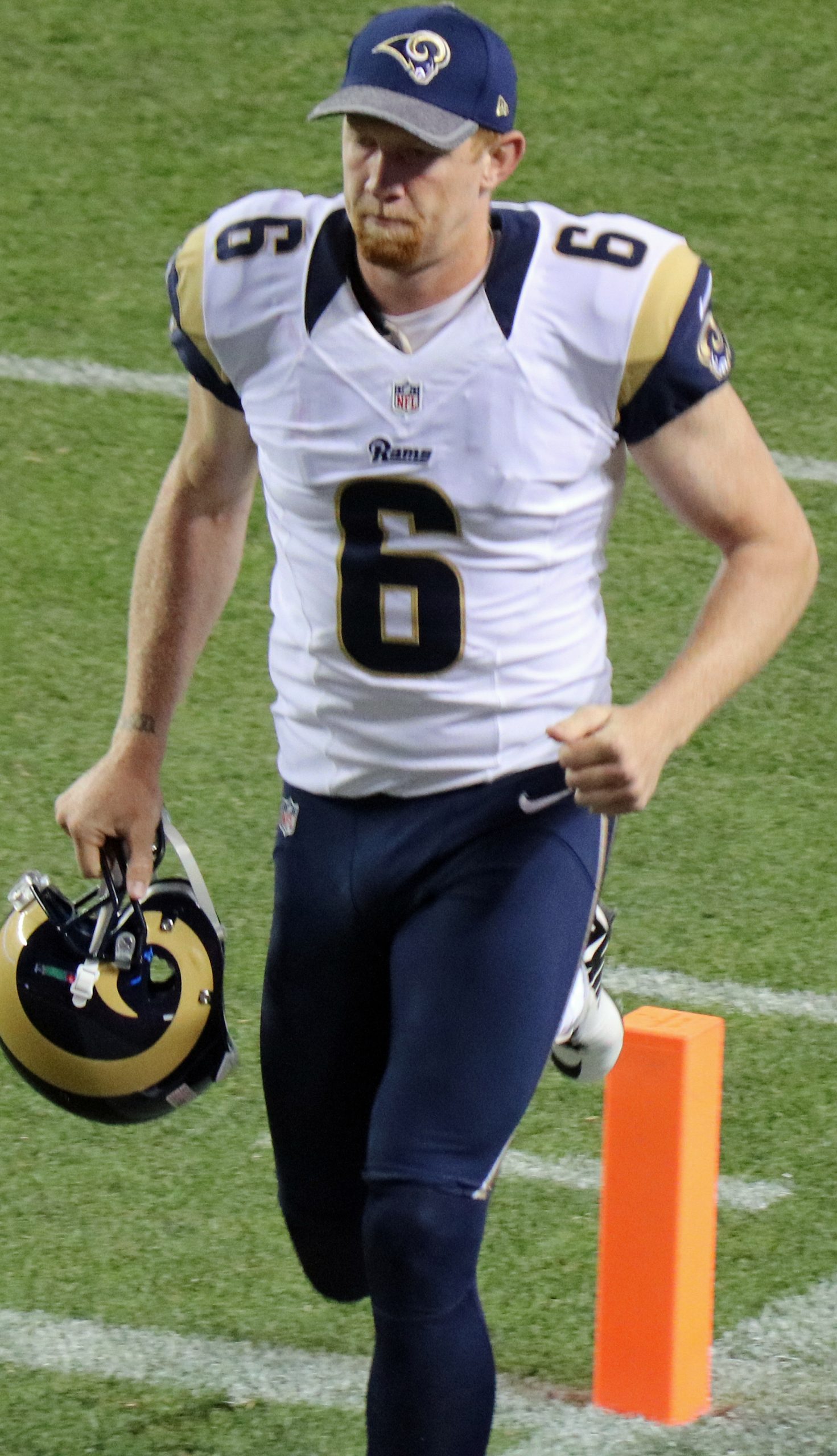 Leighton Vander Esch hasn’t played a full season since his rookie year in 2018. The Cowboys also chose to decline the 5th year option on Vander Esch’s deal and he will more than likely be out of Dallas by the start of the 2022 season.

The Cowboys then added two linebackers in this year’s draft in Micah Parsons and Jabril Cox. Both players should see immediate playing time and will be utilized all over this Dallas defense.

The injury history of Vander Esch and his expected massive pay day could lead to him being cut now. His replacements are already on the roster.

Giants cornerback Sam Beal has had a rough first few seasons in New York. The Giants selected Beal in the third round of the 2018 supplemental draft. He has appeared in just six games and hasn’t stepped on the field since 2019 after choosing to opt-out of the 2020 season due to covid.

The Giants have also added multiple players to their cornerback room. The signings of Adoree Jackson and drafting of Aaron Robinson and Rodarious Williams means that the Giants will have their choice of who lines up at corner come the start of this season.

Beal is also currently dealing with off the field problems. The Giants may feel that it is just time to move on.

Near the start of the off-season, the Eagles attempted to trade longtime tight end Zach Ertz. No teams were willing to give the Eagles what they wanted in return and it appears that nothing has changed.

A clean start might be what is needed for both sides. Ertz is looking to prove that he can still make an impact but the eight-year veteran had arguably the worst season of his career last season. He was forced to miss five games, the most he’s missed since 2015. He also experienced career lows in nearly every statistical category.

With the emergence of Dallas Goedert, the Eagles must feel comfortable enough to move on from Ertz. Cutting him will give him an opportunity to sign on a team that is primed for a Super Bowl run. This may come sooner rather than later.

Peyton Barber has been an effective back since he came into the league in 2016. His first season in Washington left more to be desired. He reached the end zone just four times and averaged only 2.7 yards per carry.

First year running back Antonio Gibson’s performance last season could make the decision of cutting Barber even easier. Gibson scored 11 touchdowns and had over 1,000 yards from scrimmage.

Washington also added University of Buffalo running back Jaret Patterson in this year’s draft. He could play a similar role to that of Barber. A strong back that can gain yards on short downs. The running back room is talented and Barber might be the odd man out.

From a scoring perspective, Jimmy Graham had a bounceback year. He reached the end zone eight times but at times disappeared in the offense. He had two three game stretches where he went without scoring. He did not surpass 70 passing yards once last season and often looked like a shell of himself.

The Bears still owe Graham a good amount of money and cutting him would also deal with this issue. Young tight end Cole Kmet showed flashes during his rookie season and could be primed for a big second year.

The Packers have had their fair share of issues at the wide receiver position. Outside of star wideout Davante Adams, there is not a clear next man on the roster. They have gone by more of a group approach with multiple guys stepping in to fill the role.

Green Bay added Clemson wide receiver Amari Rodgers in the draft this year. This could be a bad sign for veteran receiver Devin Funchess.

Funchess hasn’t appeared in an NFL game since 2019 and was only limited to one game. He has basically been off the field since 2018.

The Packers may choose to go younger at the position. Choosing a younger receiver to take the place of Funchess could be what Green Bay chooses to do.

Linebacker Charles Harris could potentially be on the way out of Detroit. Harris has had trouble staying on the field as he has appeared in all 16 games just once in his four year career. The former first round pick could find himself replaced with a younger defensive player.

2020 third round selection Julian Okwara will be back in the rotation after missing a majority of his rookie year due to injury. The Lions may look to go very young on the defensive side of the ball in a season that won’t be full of expectations.

The Vikings added veteran cornerback Patrick Peterson in free agency this off-season. The ffition of Peterson will more than likely lead to another corner losing his spot on the team. While cornerback Jeff Gladney struggled throughout last season, it was his rookie year and the Vikings must give him time to develop. Bashaud Breeland was a solid CB2 last season and should have his spot on the team secured.

That leaves Mackenzie Alexander as a potential cut option. He struggled at times throughout the season and was sometimes unreliable. The Vikings could choose to go all in on developing the content already on the roster and decide to move on from Alexander.

Linebacker Dante Fowler Jr. joined the Falcons last season. The signing was meant to bring a new centerpiece to their defense in Fowler but it hasn’t worked to this point. In his lone season in Atlanta, Fowler struggled. He recorded just three sacks and 23 tackles last season, a far fall off from what he accomplished in 2019 with the Rams where he racked up 11.5 sacks.

The Falcons defense could see this as a time for development. Younger players could attempt to step up into the role that would be left by Fowler.

Tight end Ian Thomas could be a true cut option for Carolina. After re-signing Dan Arnold and drafting Tommy Tremble, the Panthers may not see Thomas as a centerpiece of this offense.

The team has gone all in on finding explosive weapons for this offense. The receiving core could develop into a very strong unit and the selection of LSU wide receiver Terrence Marshall Jr. could further the idea that there isn’t room for all of these pass catchers.

Thomas also struggled all throughout last season. Even after playing in all 16 games, he was able to only catch 20 passes for 145 yards. The other options on offense may prove to just be the better options for this unit.

11-year vereran Patrick Robinson’s time with the Saints could be coming to an end for the second time. The cornerback was one of few liabilities on the Saints defense last season. New Orleans could hope that a young corner could step up and fill the void that cutting Robinson could leave.

In the third round of the draft, the Saints drafted Stanford cornerback Paulson Adebo. They could hope that he can develop over the course of his rookie season and become a solid option at corner.

The Saints are also in a troublesome spot financially. They have many high profile players that are due for a payday and cutting Robinson could help deal with these issues.

Tampa Bay has put together a roster that at times has looked unbeatable. They are also returning all 22 starters from last season. This could be bad news for tight end O.J. Howard.

Howard’s season ended last season after just four games due to a ruptured achilles. Coming off of this injury could be troublesome for the former Alabama tight end.

The resurgence of Rob Gronkowski and steady play of Cameron Brate could make the choice to move on from Howard even easier. While Howard would undoubtedly get a shot with another team, his time in Tampa Bay may be coming to an end.

Linebacker Devon Kennard could prove to be the odd man out in Arizona. With strong additions all over the defensive side of the ball, the Cardinals may elect to use the younger guys on the roster in place of Kennard.

The Cardinals have made improvements to their edge rushing unit. With the signing of JJ Watt and return of Chandler Jones, this defense will be able to consistently get into the backfield. The Cardinals also spent their first round pick on Tulsa linebacker Zaven Collins. With the pick of Collins plus the consistent play of Markus Golden, could make the release of Kennard a difficult but simple decision.

Johnny Hekker has had a storied career with the Rams. Hekker is a four-time all-pro player and has been an all-around great punter. But in recent years he has begun to slow down. The Rams special teams have struggled at times and have had their issues.

Los Angeles currently has two other rostered punters in Brandin Wright and Corey Bojorquez. Wright may prove to be the real replacement as he has spent time with the Rams during the regular season. He stepped in at kicker during a week three game against the Jaguars.

The decision to cut Hekker could be extremely difficult, especially when considering how long he has been on the team. But every tenure comes to an end eventually and Hekker’s time in LA might just be over.

Quarterback Jimmy Garapollo has had an odd relationship with the 49ers. He played a crucial role in leading San Francisco to a Super Bowl appearance. But last season was less than great for the quarterback. He finished with a record of 3-3. He threw for just seven touchdowns and five interceptions in his six games.

The 49ers selection of North Dakota St quarterback Trey Lance all but cements the fact that Garapollo will be gone eventually. It all comes down to how the 49ers choose to move on from the quarterback and when. If Lance continues to progress, he could be the week one starter and Jimmy G could all but be gone.

With backups such as Nate Sudfeld and Josh Rosen, the 49ers may feel comfortable in giving complete control to Lance. It could be what proves to be best for both sides.

Robert Nkemdiche, the former number one high school recruit in the 2013 class, has had anything but a simple career in the NFL.

Nkemdiche has had an unproductive career up to this point but his name still carries power. He spent three seasons with the Cardinals and one season with the Dolphins.

Now he has found his way to Seattle. He hasn’t appeared in a game since 2019 when he was in Miami. His job on the Seahawks is not promised and he will have to work to make the team but when considering how depleted the Seahawks defensive line is, it would be shocking if he were to get cut.

Top position battles to watch in Indy this off-season
Why L’Jarius Sneed is the key to the Chiefs success
wpDiscuz
0
0
Would love your thoughts, please comment.x
()
x
| Reply