Why Antonio Gibson and J.K. Dobbins will dominate in 2021 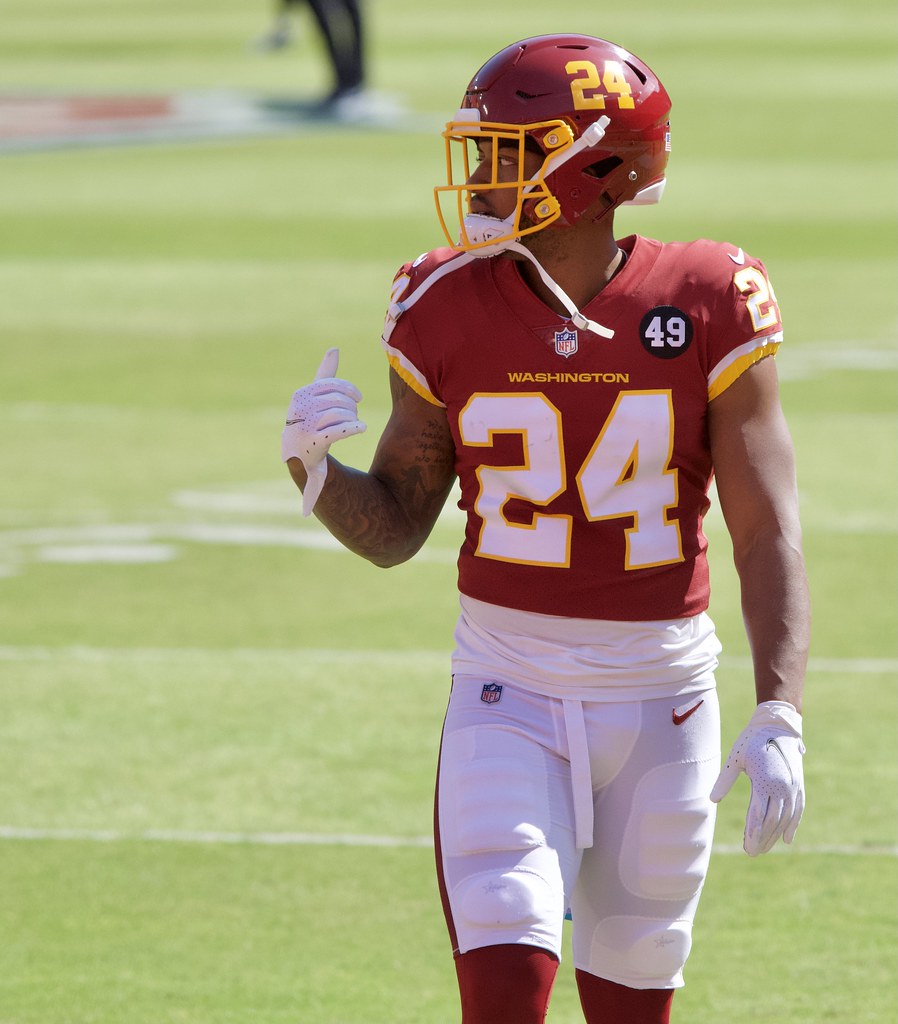 J.K. Dobbins will take the next step in Ravens offense

In fantasy football land, top-performing running backs are coveted. In the National Football League, efficient backs on rookie contracts are valuable. A sophomore running back still has three years remaining on their rookie deal, but often has the chance to produce at league-leading levels. Last year, Miles Sanders and Josh Jacobs were given pre-season hype from their coaches. These comments led the fantasy community to expect them to take the sought-after sophomore breakout. However, David Montgomery was the back that took the jump. Sanders and Jacobs were expected to receive more targets and secure a three-down role, but both did not meet expectations. Montgomery’s jump occurred after Tarik Cohen tore his ACL, causing Monty to receive most of the team’s running back targets.

The 2020 running back class is one of the best in recent memory. Though Clyde Edwards-Helaire was the only first-round running back, five other running backs came off the board between picks 35 and 66. D’Andre Swift, Jonathan Taylor, Cam Akers, J.K. Dobbins, and Antonio Gibson are all primed to be the lead backs on their team. In 2020, Taylor was the Colts’ premier runner once Marlon Mack went down with an Achilles injury during week one. D’Andre Swift is on a Detroit Lions team that can be described as a work-in-progress as best, so it is unlikely he becomes a star this year. Though Akers has the opportunity to dominate for the Rams, his injury-riddled 2020 season did not impress. However, the rest of those sophomores stand a great chance to lead their teams to the playoffs and bring fantasy managers to their championships.

The Washington Football Team won the NFC (L)East with a losing record in 2020. Their defense played as expected, with star defensive lineman Chase Young, Montez Sweat, Jonathan Allen, and Daron Payne leading the unit. Despite lackluster Quarterback play, the weapons on the team excelled. Wide Receiver Terry Mclaurin proved that he was a premier outside playmaker, even if his Quarterbacks could not throw the ball more than 20 yards downfield.

If Washington’s offense improves, Antonio Gibson will be a key benefactor. Offensive coordinator Scott Turner has already said that he wants to prioritize getting the ball to Antonio in the passing game. Gibson, a former college receiver, was an afterthought in the passing game because JD McKissic, another college wideout, received a majority of the backfield targets. McKissic received a position-leading 110 targets last season with Captain Checkdown, Alex Smith, at Quarterback. McKissic’s slot usage will take a hit because of Curtis Samuel and Dyami Brown’s presence. There is a chance that McKissic is irrelevant altogether if Gibson takes on more receiving work.

Antonio Gibson played his first year at running back in the highest level of professional football, and he fared pretty well. His natural athleticism, specifically his 4.39 speed at 228 pounds, came through on countless breakaway runs. Gibson will only get more comfortable at the position with more playing time and his first full offseason. If Washington’s offense takes a step forward and decides to unleash Antonio Gibson in the receiving game, the sky’s the limit for him.

The best pure football player coming out of the 2020 draft at the running back position was J.K. Dobbins. His blend of track star speed (4.30 Forty time) and impeccable vision make him a premier back in the National Football League. Dobbins rushed for a position-leading 6.0 yards-per-carry last year. The fact that he is not regarded as a top back in the league is baffling, yet understandable at the same time. On the one hand, Dobbins was a hyper-efficient running back on an electric offense with versatility as a receiver. On the other hand, Dobbins only carried the ball 134 times last season and barely eclipsed 800 yards while competing with Gus Edwards for touches.

The Chiefs should have picked Dobbins over Clyde Edwards-Helaire in the first round of the 2020 draft, but Dobbins fell to the 55th pick in the second round. The Ravens saw how much success Dobbins had running beside Justin Fields, so they paired with their dual-threat quarterback, Lamar Jackson. Any running back benefits from a mobile quarterback, as it makes defenders key in on multiple potential runners every play. However, J.K.’s skillset relies on making defenders miss in short areas. If Dobbins only has one defender to beat to the edge, he can use his video game-like change-of-direction to juke them out and take any run to the end zone.

Throughout the first few weeks of minicamp and OTAs, the Ravens vocalized their desire to use Dobbins as a wide receiver. Dobbins would undoubtedly improve the Ravens’ passing attack. However, there is a chance that the Ravens are giving the public “Coach Speak” and misleading the public. If the Ravens do only give Dobbins 1-2 targets a game, he will still be a solid contributor.

However, the upside that Dobbins possesses can transform the Baltimore offense and boost your fantasy team. The chance to get targets in the most run-heavy offense in the league is rare, but the Ravens keep touting Dobbins. His 2020 season was littered with drops, but the Ravens’ confidence in the young man indicates that he will move past the rookie errors. Though Dobbins will not see a Christian McCaffrey, or even Antonio Gibson, type workload, he does not need to. The lead back in the Baltimore committee is undervalued, and you should take advantage before the public catches on.

3 WFT players with the most to prove in 2021
Why Sam Darnold is the sure fire QB1 in Carolina
wpDiscuz
0
0
Would love your thoughts, please comment.x
()
x
| Reply