Why Sam Darnold is the sure fire QB1 in Carolina 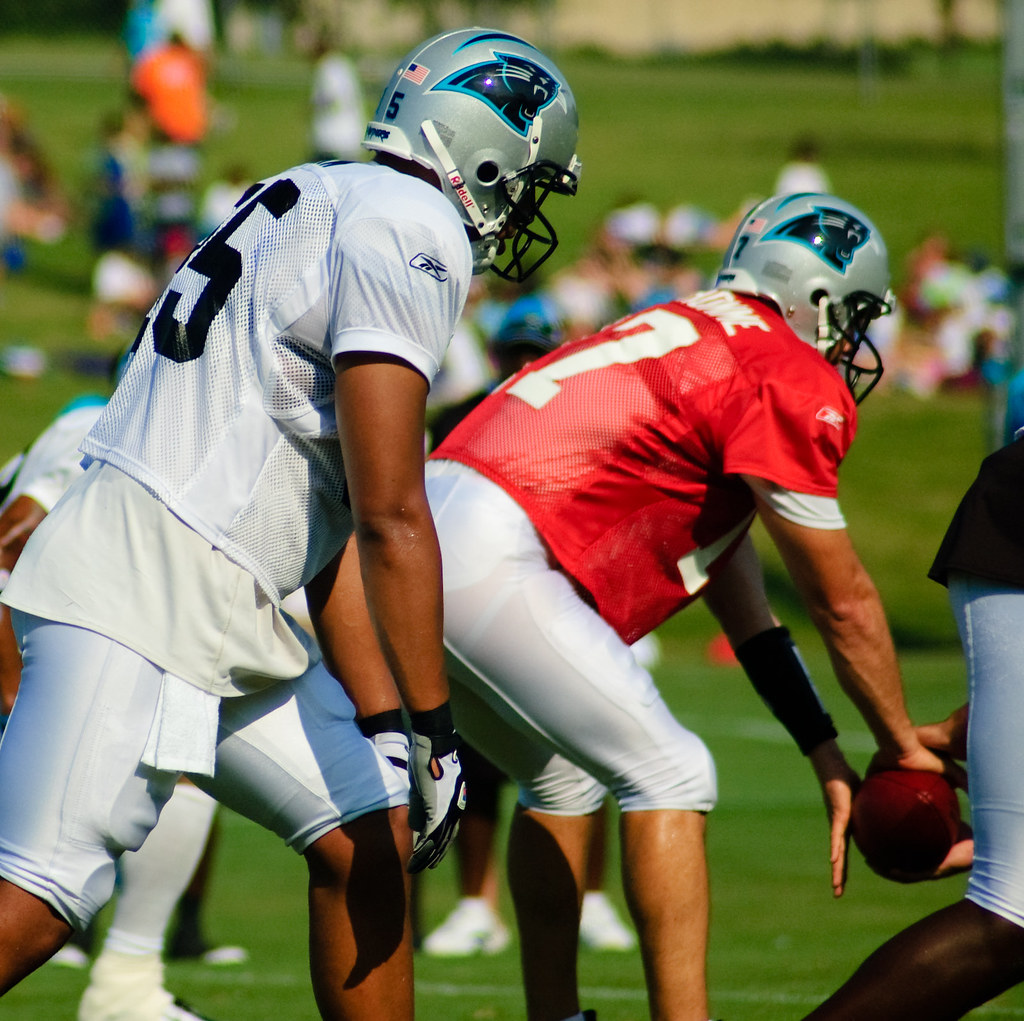 Sam Darnold’s career up to this point has not lived up to expectations. The former third overall pick lasted just three seasons with the New York Jets. The team around Darnold in New York was not in any position to win. In much of a sense, Darnold was “thrown to the wolves”.

While the expectations were high, Darnold was never placed in a situation to truly succeed. The team that the Jets constructed was below average in nearly every aspect. There were no clear offensive weapons to help Darnold develop. The offensive line was abysmal. The run game was non-existent. Yet, people were in disbelief when Darnold was never able to get his footing in the big apple.

In Darnold’s three seasons with the Jets, he never played a full season. He also finished with a record of 13-25. Stat wise, he wasn’t much better. He threw 45 touchdowns and 39 interceptions. He ran for five touchdowns but added another 20 fumbles. That brings his touchdown and turnover totals to 50 and 49. Those numbers are not what you would want out of your starting quarterback. But all hope is not lost.

Darnold will get a second chance with the Carolina Panthers. The Jets sent him away in an off-season trade. Carolina is building a strong team with pieces on both sides of the ball.

They also have youth on their side and time to let the young players develop. This could prove to be beneficial to Darnold. The team will go through growing pains, but with much of the coaching staff also being young, they will all get to grow together.

But can Darnold be the long term option for the Panthers? All signs point to them being willing to wait and see. They gave us decent draft capital to bring him to Carolina and will have expectations for the quarterback. At least for the moment, there is also no other quarterback for the Panthers.

PJ Walker has been a solid backup for the team and can play when needed but is not the future of the franchise. Will Grier is the only other rostered quarterback and he has not been what Carolina thought he would be when they took him in the third round of the 2019 draft. All roads will lead back to Darnold, at least for now. He is in a good position to be the QB1 and there are a few reasons why.

Sam Darnold is finally away from previous head coach Adam Gase. Gase never utilized Darnold in a way where he could showcase his abilities. From poor play calling to poor offensive schemes, the two were never on the same page. For the first time in his career, Darnold will have both a head coach and offensive coordinator that are fully committed to getting the best out of him.

While Matt Rhule will play a role in how Darnold does in Carolina, he won’t be the main factor. Offensive coordinator Joe Brady will take on much of that.

Offensive coordinator Joe Brady, who played a crucial part in LSU’s 2019 national championship run, will also be entering year two. The former collegiate signal caller is already being viewed as a head coaching candidate; already receiving multiple interviews after just one season of being an offensive coordinator. His ability to make last season’s offense be decent is alone deserving of an interview. The Panthers unit last season was injury plagued and without their star running back for nearly the entire season.

Both coaches will look to develop Darnold in a way that the Jets never did. Patience and trust will be necessary to make sure that this is all able to work out.

The Panthers have put together one of the most underrated wide receiver rooms in the NFL. With Robby Anderson leading the group, they also have D.J. Moore, David Moore, and rookie receiver Terrace Marshall Jr.

All four receivers have their own specialties and all have played well up to this point. Anderson reached the end zone just three times last season but had over 1,000 yards receiving and 95 receptions.

Fourth year receiver D.J. Moore had a season very similar to Anderson: 66 receptions, 1193 receiving yards, and four touchdowns. The two of these receivers have quickly become one of the top receiving duos in the NFL.

The Panthers were able to steal David Moore from Seattle. Moore is the type of receiver that every team needs to have. Even with sharing a ball with Seahawk receivers Tyler Lockett and D.K. Metcalf, David Moore was still able to reach the end zone six times on 35 receptions.

A sneaky addition to the group is LSU receiver Terrace Marshall Jr. Marshall played well in his three seasons at LSU. After a freshman season that did not amount to much playing time, Marshall took off in 2019. In his final two seasons he scored 23 touchdowns and had 1,400 receiving yards. His familairy with Joe Brady will also benefit him as he transitions to the NFL.

This receiving group is very different from what Darnold had to work with in his final season in New York. An improved group will give Darnold the opportunity to showcase his abilities. But it will also cause the criticism to become even worse. Now that he is surrounded with valid options at receiver, there will be smaller room for mistakes.

Darnold will also have the luxury of having one of the game’s best running backs in his backfield. McCaffrey appeared in just three games last season but still scored six times, two in every game he appeared in.

The versatility that McCaffrey brings will be what Darnold profits from the most. McCaffery is dynamic in both the run and past game. He is just one season removed from scoring 19 touchdowns and having almost 2,400 yards from scrimmage.

When healthy, he is arguably the most talented running backs in the NFL. With him being a part of this unit, Darnild will know that he can depend on him and lean on him when needed. In other words, McCaffrey is the league’s best “security blanket”.

With all of the other added weapons to this offense, all the pressure to produce won’t only be on McCaffrey as well. The ball will be distributed and all of the offensive minds will be able to work together to produce a strong unit.

This will be a big season for Sam Darnold. His future in this game is still very unknown, but his performance this season could directly impact how much longer he’ll be in the NFL. He is also just 24 years old. With the weapons around him, he is in a position that many other quarterbacks would be lucky to have.

Can he be a QB1 in this league? I believe so. He is still the talented passer that he was during his days at USC. Luckily, he will now get the chance to showcase that. It could very well be QB1 season for Darnold.

Why Antonio Gibson and J.K. Dobbins will dominate in 2021
Early overrated rookies in NFL
wpDiscuz
0
0
Would love your thoughts, please comment.x
()
x
| Reply