Could the AFC West have four Playoff Teams? 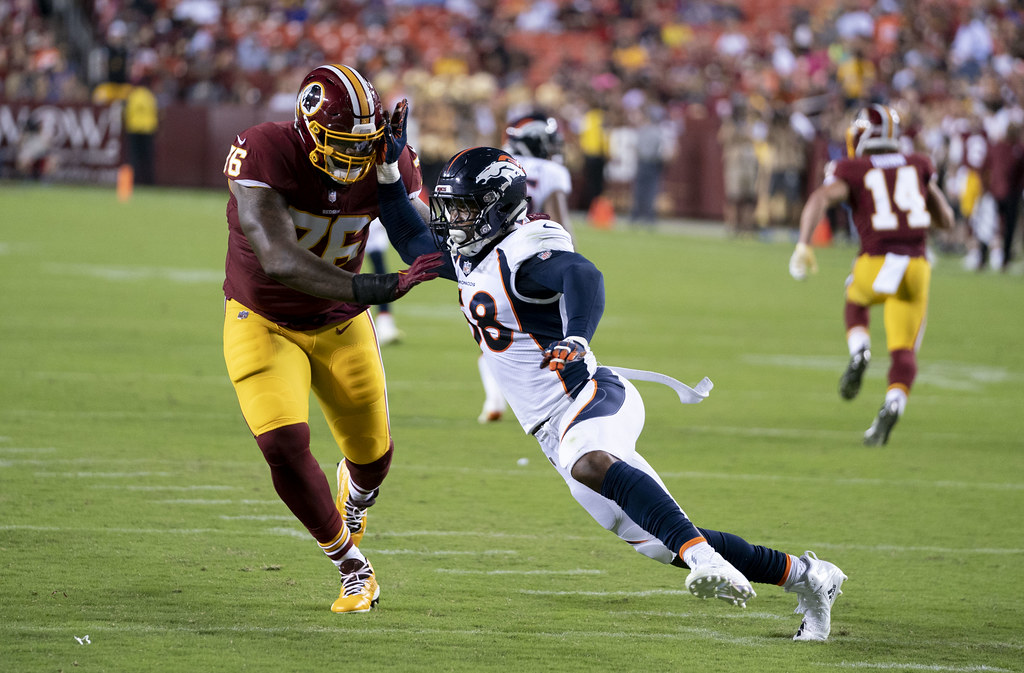 With the NFL Playoffs expanding its field of Wild Card teams to three per conference instead of two, it is now possible for an entire division to make the postseason. That is what the AFC West division will be looking to accomplish this season, as all four teams have aspirations of making the playoffs. It would be the first time NFL history for that to happen, but the question is whether or not that is a realistic scenario. Let’s first take a quick look at each of the four teams’ outlooks for the upcoming 2021 NFL season.

The two-time defending AFC Conference Champion Kansas City Chiefs are pretty much a lock to make it to the playoffs as long as superstar quarterback Patrick Mahomes is healthy. They were the best offense in the NFL last year by a wide margin, with their 415.8 yards per game leading the second-best offense, the Buffalo Bills, by almost 20 yards per game. As an example of how big of a gap that is, the 12th ranked New Orleans Saints offense were 20 yards behind the second-ranked Bills. The Chiefs are returning both of their key offensive weapons in Travis Kelce and Tyreek Hill so there is no reason at all to believe that their offense won’t once again be a dominating force. Pair their elite offense with one of the greatest offensive minds of all time in head coach Andy Reid, and even an underrated defense to go with it too, and the Chiefs are without a doubt one of the best teams in the NFL.

The Los Angeles Chargers are a team that has the potential to take the next step this season. The main reason being that it looks like they found a star quarterback in Justin Herbert. He put together a very impressive rookie campaign by completing 66.6 percent of his passes for 4336 yards and 31 touchdowns on his way to leading the Chargers to a solid seven-win season. If he can continue to improve in his second season, he can already be a top ten quarterback in the league, which always gives any team a chance to make a run into playoffs. They have a solid defense that ranked 10th in the NFL last year at 343.4 yards allowed per game and will get a huge boost this coming season with the return of superstar Derwin James. He is not only one of the most dynamic players in the entire NFL but also one of the absolute best all-around defenders. With the rise of Herbert and the return of James, the Chargers have a shot to make some noise this year.

On paper, the Denver Broncos are stacked on both sides of the ball. Their offense has a ton of dangerous skill position players including Courtland Sutton, Jerry Jeudy, Noah Fant, Melvin Gordon, and Javonte Williams while their defense is loaded with talented and productive players like Von Miller, Bradley Chubb, Kyle Fuller, and Justin Simmons. The only real problem with their team, and it’s a huge one, is the question mark at the quarterback position. There’s an old saying that “if you have two QBs, you have no QB” and that applies to the situation in Denver with Teddy Bridgewater and Drew Lock. Neither of them are necessarily bad, but they are definitely not impressive either., If one of the two QBs can emerge as a reliable option, or if they trade for an upgrade, then they can surely be a contender because the rest of the team is fully built and ready to win now.

The Las Vegas Raiders, who finished in second place in the AFC West last year with eight wins, are the type of team that has a low floor but also a high ceiling heading into the 2021 NFL season. They were the 8th ranked offense last season at 383.3 yards per game, mostly due to their two stars in tight end Darren Waller and running back Josh Jacobs. They did add another back in Kenyan Drake, which adds another dimension to their offense because of his pass catching abilities out of the backfield. The Raiders biggest loss by far this offseason is to the offensive line, which used to be a major strength of the team. They very strangely traded away three of their starters in Trent Brown, Gabe Jackson, and Rodney Hudson to rebuild a unit that didn’t appear to need it. Regardless, they will enter this year with hopes of competing for a postseason appearance, which is something they fell just short of last year.

Anything can happen in the NFL, but realistically it appears that 12 of the 16 teams in the AFC have a shot to make the playoffs, excluding the Jaguars, Texans, Jets, and Bengals. Of those 12 teams, four of them will get in automatically for winning their division, so that guarantees one team from the AFC West. Along with the remaining three teams from the AFC West competing for the three remaining wild card spots there will also be five other solid teams that were not division winners fighting for those same spots. That field of teams joining the race will likely be some combination of five of the following teams including the Bills, Patriots, Dolphins, Ravens, Steelers, Browns, Colts, and Titans.

All things considered, it is very likely that the AFC West will get at least two teams and there is a real shot that they will get three teams in the playoffs, but because of the competition that they are facing, it is unlikely that all four will find their way into the NFL Playoffs this year.

Why the New York Giants can contend for playoffs
Should the Saints consider trading Taysom Hill?
wpDiscuz
0
0
Would love your thoughts, please comment.x
()
x
| Reply