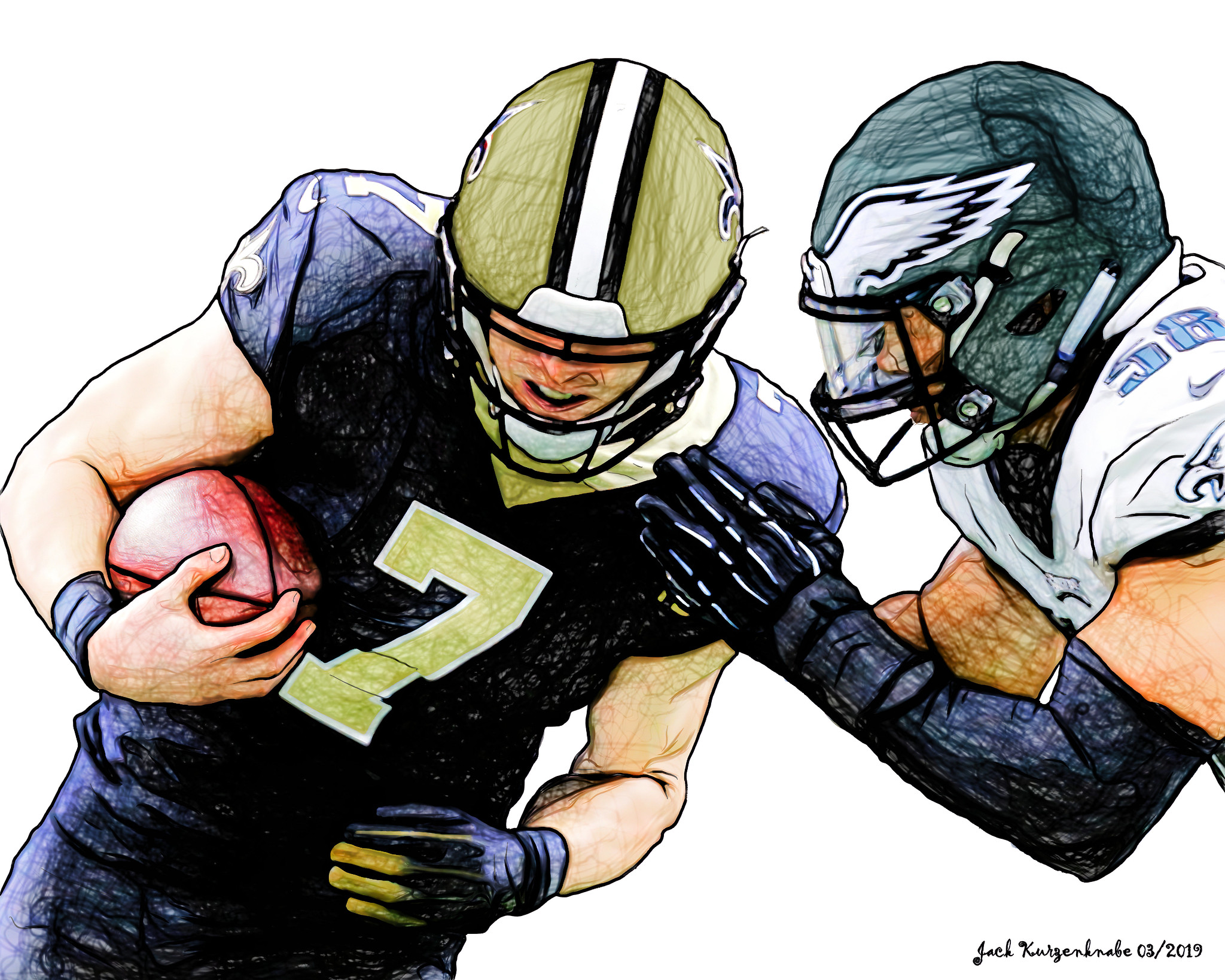 Should the Saints trade Taysom Hill before the season?

New Orleans Saints quarterback Taysom Hill has had an interesting career up to this point. He has been an anomaly on the football field, not being stuck in the mold of any one particular position. He has spent time all over the field, from quarterback and tight end to special teams standout.

Until the 2020 season, Hill had never been really utilized as a quarterback. Over two seasons he threw 13 passes for just over 100 yards. Over those same two seasons, he was utilized in more of a running role. He had 64 carries and 352 rushing yards and three rushing touchdowns.

Hill hit his stride this past season. The 30-year old stepped into a true quarterback role for part of the season. In the four games that Hill started, the Saints went 3-1. Hill played well in his four starts, throwing four touchdowns and adding another four on the ground. He finished the season with 13 touchdowns and 1438 yards from scrimmage.

After the end of the 2020 season and the retirement of longtime quarterback Drew Brees, the Saints restructured Hill’s contract.

The deal could lock Hill in with the Saints for some time, or they could be out of it at the end of the season. The Saints could find themselves in an odd situation with Hill, especially when looking at how they can get themselves out of his contract.

At nearly 31-years old, it is hard to envision Hill as the future quarterback of this team. The Saints also have a six-year veteran and former number one pick, Jameis Winston. It is assumed that Winston will be the QB1 heading into this upcoming season. A decision that puts Hill as the number one would shock the NFL.

New Orleans also added Notre Dame quarterback Ian Book in the fourth round of this year’s draft. Book could be the eventual long-term quarterback for the Saints but won’t be ready to go in his rookie season.

With the quarterback situation in New Orleans, it begs to ask the question of what should the Saints do with Taysom Hill? After showing that he can play the quarterback position at an at least average level, should they trade him? Or, do they keep him as a backup to be there in case Winston struggles in his role? Both options are possible and the Saints could entertain the idea of a trade. Let’s take a look at both options.

Why Hill could be traded

Hill could be the perfect option for a team that loses their QB1. Unexpected injuries happen every season and not every team has a backup that can step up and still win them games. That is where Hill could step in and play a role.

Hill’s duality on the field could make teams want to add him to their roster as well. His impact on the field could help teams expand their offensive game plans, much like New Orleans has been able to do up to this point. He could expand a team’s run game and influence things all over the offensive side of the ball. He could an impressive TE2 and a dual-threat QB on a team that wants more explosion out of the backfield. Teams like the Las Vegas Raiders, Minnesota Vikings, Pittsburgh Steelers would make intriguing landing spots.

Why the Saints could keep Hill

The Saints quarterback room outside of Winston and Hill is one of the weakest in the NFL. As previously noted, rookie quarterback Ian Book will more than likely be brought along slowly. The fourth quarterback on the roster is Trevor Siemian. Siemian has had difficulties in the NFL and the Saints may see him as the backup they would like to have.

At 30 years old, New Orleans may not get a return in a trade that makes it worth it to move Hill, especially with the role that he plays for the team. He will be 31 by the time the regular season starts and it could make sense for both sides for Hill to just stay with the Saints.

After weighing both options, the Saints would be better off having Hill on their roster. He is a proven security blanket, a player that can step in when called upon, which he proved that last season. Most teams would like to have a player with his talent on their roster, and the Saints could make a big mistake by moving him. There is also an inspirational factor in which many Saints fans adhere to his underdog story.