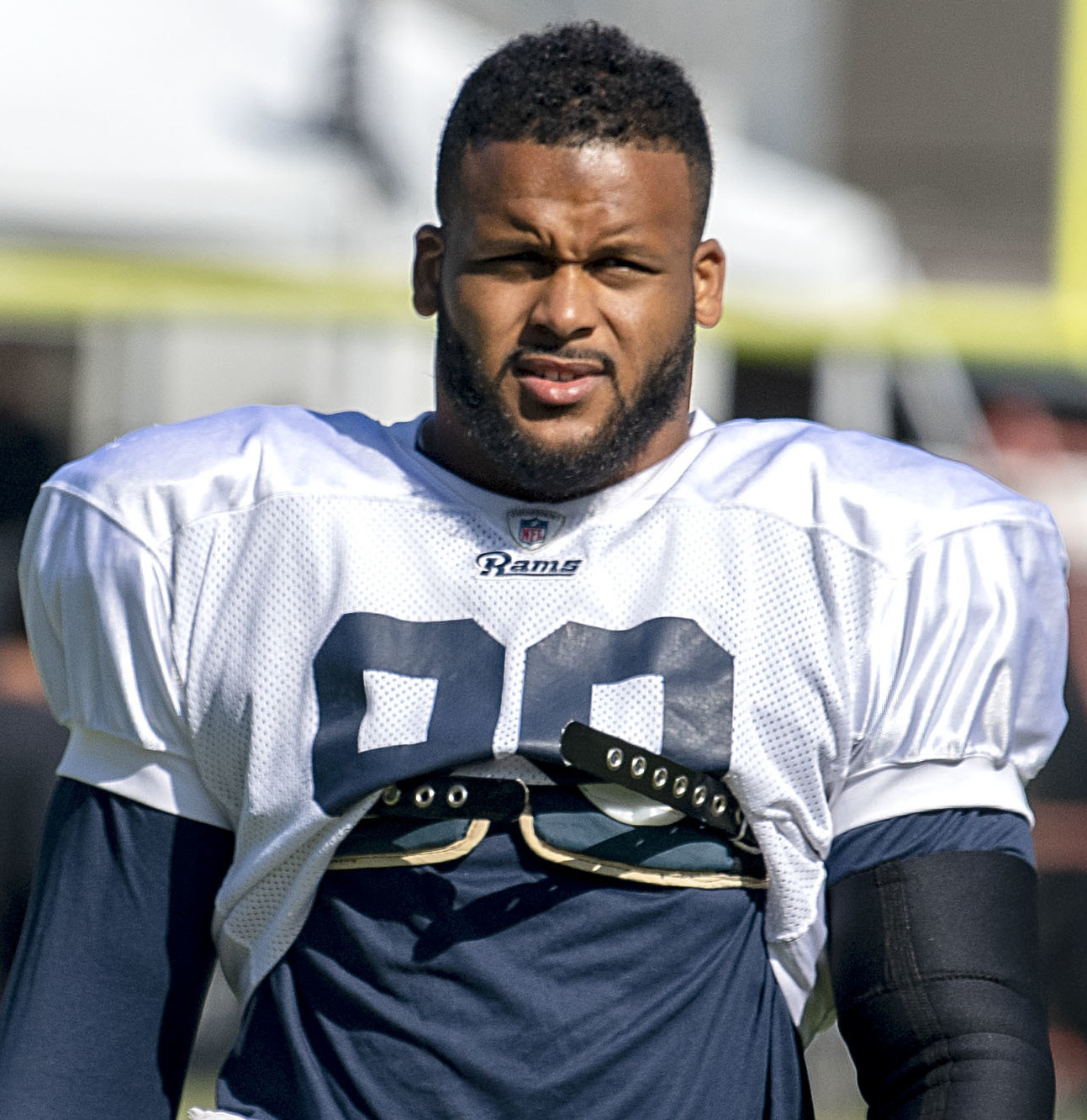 Aaron Donald has been a force of nature since he entered the NFL in 2014 when the Rams selected him with the 13th overall pick. In his rookie season, he put the NFL on notice. He recorded 18 tackles for loss and nine sacks on his way to becoming the Defensive Rookie of the Year.

Since his explosive rookie season, Donald has not slowed down. He has become one of the greatest players to ever step on a football field. He has missed just two games throughout the entirety of his career and has steadily been the most dominant force in almost every game he has appeared in.

In his 110 career games, he has filled the stat sheet, even while often dealing with two or three blockers. Donald has spent his career making his way to the backfield, tallying up 131 tackles for loss, 201 quarterback hits, and 88 sacks.

To go along with his dominance on the field, Donald has the accolades to match. He is a seven-time pro bowler, a six-time all-pro, and a three-time defensive player of the year. He is coming off of a 2020 season where he received his third DPOY award. Donald finished last season with 13.5 sacks, 14 tackles for loss, and 28 quarterback hits.

But awards such as defensive player of the year aren’t won off of just a resume alone. They are won by performing each season at the highest level. So can Aaron Donald win the award for the fourth time in 2021? Yes, and here’s why.

At just 30-years old, Donald still has quality years in front of him. He has also shown no signs of slowing down. In his past three seasons, Donald has 46.5 sacks and 59 QB hits. He has also still get to the backfield with ease.

As previously noted, he has played in every Rams game besides two during his time in the NFL. His ability to play at the highest level, even when injured, is something that Donald has become known for. After suffering torn rib cartilage in the Rams wildcard game against the Seattle Seahawks, Donald was ready to go one week later as he played in the divisional matchup against the Green Bay Packers.

Donald is a proven menace to opposing offensive lines. The disruption that he is able to cause, plus the constant high level that he plays at causes teams to scheme directly around him. Even the league’s best blockers struggle to contain Donald.

Donald’s ability to consistently become the focus of opposing offenses is something that the NFL can’t ignore. He is able to do things that other players cannot. Heading into the 2021 season, this should be no different. Donald will have every reason to be a force again and nobody has been able to stop him yet. That won’t change now. If all goes to plan, Donald could very well bring home his fourth Defensive Player of the Year award.