Expect the Lions, Eagles, and Texans to have the worst records in 2021 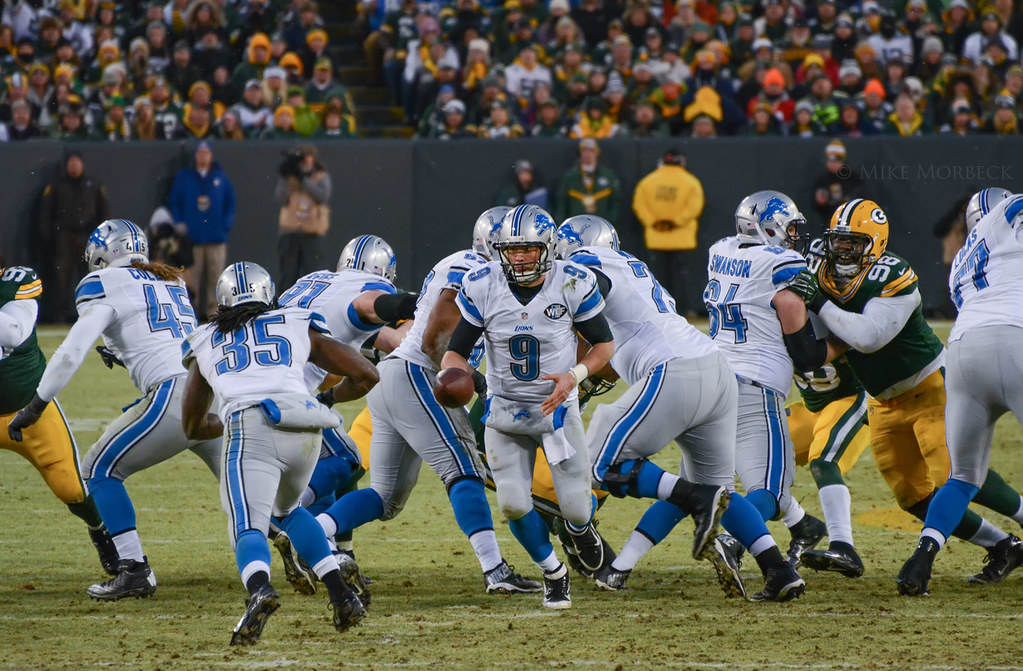 Plenty of uncertainty surrounds the Detroit Lions, Philadelphia Eagles, and Houston Texans going into the 2021 season. Their quarterback situations are far from clear and their overall rosters are mediocre at best.

The same goes for their head coaches, with all three going into their first seasons at the franchise. Neither of Dan Campbell, Nick Sirianni, or David Culley has been a full-time head coach in the NFL. Campbell is the only one to have some experience, with his spell as interim head coach of the Miami Dolphins in 2015.

Here is why you should be expecting the Lions, Eagles, and Texans to have the three worst records in the league in 2021.

Saying Goodbye To A Franchise Legend In Detroit. Struggles For The Replacement

Matthew Stafford was the number one overall pick in 2009, with the entire city of Detroit hoping he would be the man to turn around the fortunes of the franchise. Despite three seasons of making the playoffs, the Lions and Stafford never won a single postseason game as the wait continues. The Lions remain the team with the second-longest period without a playoff win, their last taking place on January 5th, 1992.

Stafford had some great individual moments as a Lion, most notably his Mic’d up moment during his 2009 rookie season. In a week eleven game against the Cleveland Browns, he overcame injury to produce a moment of pure heroism. He played with a separated shoulder despite the efforts of the medical staff to keep him off the field, leading the Lions to a touchdown-winning drive.

Jim Caldwell guided the Lions to these playoff appearances but was not seen as good enough to take them to the next step. New England Patriots assistant head coach Matt Patricia was brought in but never took to life as head coach. The Lions had three consecutive losing seasons under the coaching of Patricia. They will hope that they have found their guy in Dan Campbell. His press conference was certainly not dull, with Campbell referring to “biting kneecaps”. As a former Lions player, he knows what it takes to play in the league. He also knows about the city of Detroit and his intentions are both positive and clear. If he is given time, he has the desire to bring the good times back to Detroit. However, he is inexperienced as a head coach and the roster is below average.

New quarterback Jared Goff has the potential to struggle. This is despite the drafting of offensive lineman Penei Sewell at seventh overall, a selection that had Campbell and new General Manager Brad Holmes very excited.

Despite his brilliant 2018 season that saw the Rams reach Super Bowl 53, Goff had a poor game and struggled in 2020 as he and head coach Sean McVay’s relationship deteriorated.

Goff struggled despite a plethora of offensive talent around him. Robert Woods and Cooper Kupp form one of the best wide receiver duos in the NFL. He is going to a franchise that let go of their two best wide receivers and failed to replace them.

The Lions have a schedule that features the San Francisco 49ers, Baltimore Ravens, Cincinnati Bengals, Los Angeles Rams, Pittsburgh Steelers, Arizona Cardinals, Atlanta Falcons, and Cleveland Browns. There are also two games against their division rivals, the Green Bay Packers, Minnesota Vikings, and Chicago Bears. The Lions do not have it easy.

Trouble In Philadelphia; Reason For Hope?

The Eagles have seen three years of gradual decline after winning Super Bowl 52. The 2017 season saw the Eagles lift the Lombardi Trophy for the first time after two previous attempts.

Doug Pederson was the head coach to guide the Eagles to a Super Bowl but was fired after the conclusion of the 2020 season. His decision to bench rookie quarterback Jalen Hurts in order to lose and gain a higher draft pick appeared to be the final nail in the coffin.

Both Foles and Wentz are no longer Eagles players. Out of the starters in that Super Bowl 52 win, only seven remain with the franchise. Their decision to draft Jalen Reagor over Justin Jefferson continues to be mocked by rival fans and nobody knows how new head coach Nick Sirianni will do in the role.

The schedule is mixed for Philadelphia. Whilst they face the New York Jets, Lions, and twice play the New York Giants, they also have to face the Atlanta Falcons, Carolina Panthers, Tampa Bay Buccaneers, San Francisco 49ers and the Kansas City Chiefs.. This is as well as facing a rising Washington Football Team twice as well as playing the Dallas Cowboys both home and away.

Reports have surfaced in recent days of the Philadelphia Eagles being the favourites for Deshaun, with talks said to be “heating up”.

This could be a move that transforms the franchise. However, Deshaun Watson had his best statistical season yet the Texans only managed four wins all year. This proves that whilst it is very important to have a good quarterback, you need more around to be successful.

Unless the Eagles do something in what remains of the offseason, they will continue to be mediocre if their roster continues to be this poor. If they get offensive or defensive talent in the next one or two offseasons, then they are a team that will compete for years to come. Otherwise, the Eagles will fail to be a threat to both the NFC and NFC East.

This is why Deshaun should avoid the Eagles at this present time. He will be going into a situation no different to what he experienced in Houston.

What A Difference A Year Makes

Where do we start with the Houston Texans? The 2019 season saw them take a 24-0 lead against the Chiefs in the Divisional Round. However, they allowed 41 unanswered points as they lost 51-31. What has unfolded since in the following nineteen months has been reminiscent of a Greek tragedy.

Head coach Bill O’Brien, who also was general manager, made the unusual decision to trade star wide receiver, Deandre Hopkins. In exchange, the Texans received a running back past his sell-by date in David Johnson, one second-rounder and one fourth-round pick. O’Brien only lasted four games in the 2020 season as they finished the campaign with just four wins.

Since the conclusion of the 2020 season, franchise legend J.J Watt has left and there continues to be an uncertain future surrounding quarterback Deshaun Watson. Houston’s quarterback requested a trade in January before allegations of sexual assault arose. These have lingered throughout the remainder of the offseason. It is unclear if Watson will play in the NFL at all in 2021 but even if he does, it is unlikely that he will be wearing a Texans jersey.

Houston has said they would listen to trade offers for Watson, with the franchise said to be wanting three first-round picks. They have also acquired Tyrod Taylor via Free Agency and used their first pick in the draft on Davis Mills in the third round. Even if the Eagles stick with Hurts, there will be plenty of other suitors.

Even with Watson, the Texans are light on the ground when it comes to elite talent. Linebacker Zach Cunningham and Laremy Tunsil are talents and despite adding Phillip Lindsay and Mark Ingram to the running back room, the roster is one of the league’s worst.

The Chiefs wideouts went an entire season without a touchdown under Culley. With a wide receiver room featuring Brandin Cooks, Nico Collins and Anthony Miller, this is not exactly a position of strength for the Texans. Culley is unlikely to see any of these receivers score high PFF grades.

Whilst the Texans might be playing the Jacksonville Jaguars twice and the Jets, they have a tough schedule. They will face the Cleveland Browns, Buffalo Bills, Arizona Cardinals, Los Angeles Rams, Miami Dolphins and Seattle Seahawks. Houston will also play the Los Angeles Chargers and the San Francisco 49ers as well as the Indianapolis Colts and Tennessee Titans twice.

They are unlikely to win many of these games. Fans should be expecting a difficult season.