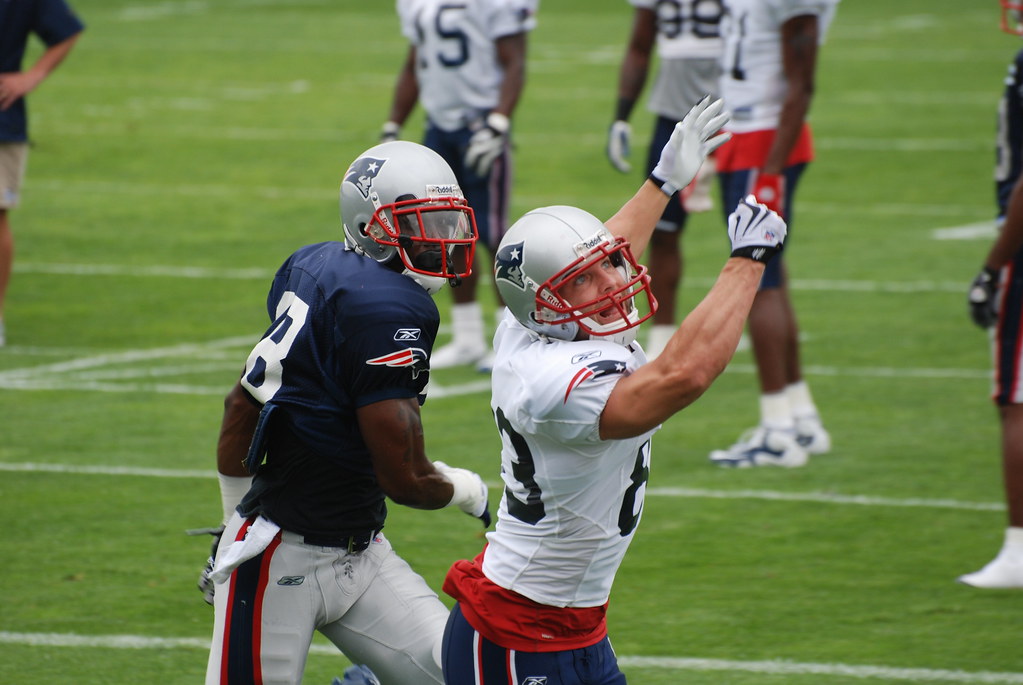 The New England Patriots are currently seeming to trend upwards as a team after a very solid offseason and returns of players who opted out last season.  Signings like Hunter Henry, Jonnu Smith, Matt Judon, Jalen Mills, and others will help this team move forward and continue the success of an already strong franchise.  With that in mind, the wide receiver position for the Patriots is a relative unknown, and it is pretty hard to predict who will be their lead receiver.  In this article, I will be going over their three main options to lead the receiver group, as well as why they would each be viable options.

First up, we have one of the Patriots more interesting free agent acquisitions in Nelson Agholor, who had a pretty solid season last year.  The move from Philadelphia to Las Vegas clearly helped Nelson out, as he was able to perform at a pretty mid to high level compared to his previous years.  He put up the following statline last season:

One more worthy stat to note would be his yards per target, which was 10.9.  This is absolutely amazing from a receiver, as he averaged over a first down for every target he had, not every reception, every target.  Being able to get a first down on every time the ball is thrown your way (on average) shows his ability to make plays and get open to the point where he can benefit the passing game a ton.  This capability would help the Patriots a ton as his very high amount of yards per target would only go up with more receptions likely, which being WR1 would give him.

The Patriots young receiver entering his third season this year was able to break out in 2020-2021, being given the reigns of sorts to the Patriots receiving room.  The NC state product had a relatively uneventful rookie season, however was able to take it up a notch in his sophomore season and prove he was ready to at the very least be a starter with Cam Newton at the helm.  Meyers put up the following:

Something else to notice is that Meyers did not play every game, as he was inactive for two of them, and only started just one game over half the season, which makes this statline even more impressive.  You could justify nearly doubling this stat sheet (considering it will be a 17 game season, nearly double what he played last season) and get an idea of his starting production.  Overall his youth and capabilities with having really good hands and solid route trees would definitely make the WR1 position more complete.

Finally, we have another free-agent addition in the former San Francisco 49ers receiver Kendrick Bourne.  Bourne has shown some flashes as a receiver and started 13 games in four seasons for SF.  His catch rate has pretty much consistently remained above 63% aside from his rookie year, and he has been a quality starter when placed there.  He is not an extremely flashy big-play receiver by any means, but he is reliable, and he makes plays when he needs to, which is something the Patriots desperately need.

In 2020 he put up a decent stat line, which was comprised of:

I would not shoe Kendrick in for WR1 as of day one, no.  However, I think he has the potential to work into that role over time if Belichick can continue his development, as Bourne is still only 25 years of age, and has only played for four seasons.