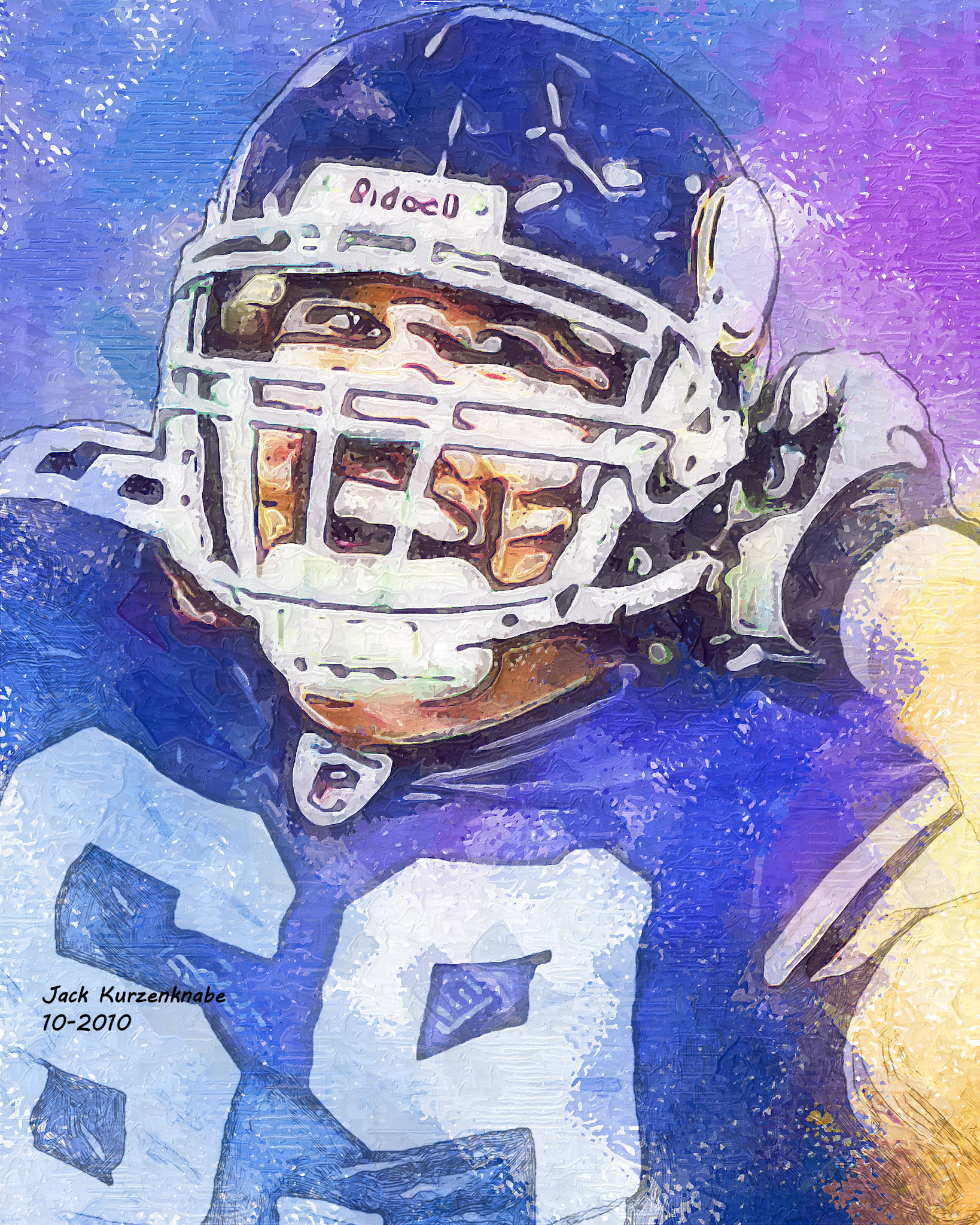 The Vikings 7 round mock draft is finally here!

The Minnesota Vikings’ 2021 season is essentially over. Barring a miraculous primetime victory at Lambeau Field, a Week 18 win over Chicago, as well as losses from other NFC Wildcard teams, it is officially time to turn our attention towards the 2022 offseason. It has been another disappointing football season in the state of Minnesota, which has uncomfortably begun to feel like an annual tradition.

After years of wondering whether or not big changes were coming to the Vikings, it appears they have finally reached their breaking point. Rick Spielman, Mike Zimmer, and Kirk Cousins all might be approaching their final days in Minnesota. With big changes on the horizon, that means it is officially mock draft season.

The Vikings will enter this critical offseason with a lot of holes to fill on the roster. There are obvious gaps in their cornerback room, as well as a pass-rusher opposite Danielle Hunter, that is if Hunter is even in purple next season. There is still at least one position along the offensive line that needs to be addressed at right guard. We could go on all day about these holes, though. Let’s get to the mock.

For the sake of this mock, I used The Draft Network’s mock draft machine, which you can find here. While there was some consideration given to how Minnesota has drafted in years past, there might be new brass running the show in April, so all of that might be moot.

David Ojabo has spent 2021 in the shadows of his pass-rushing partner Aidan Hutchinson, who most certainly will hear his name called very early in round one in April. Ojabo has lept onto the scene after registering only 26 snaps in 2020.

Ojabo has a top-20 PFF pass-rush grade and pass-rush win rate among all edge defenders this season. He would fill a big need on this Vikings’ defense. While Everson Griffen performed better than most expected before battling some mental health issues, there is no reason to expect Griffen to be back and also perform at that level again next season.

Danielle Hunter’s contract is set up to make Minnesota make a big decision on his future by March, so come the 2022 NFL Draft we will know even more about how badly this team needs another edge defender. Either way, it is a huge need along this defensive front. The latest game against the Rams was the Vikings’ worst game rushing the passer all season, registering no sacks, and giving Matt Stafford all day to throw.

There will be pushback against this pick in the name of DJ Wonnum. Do not listen to it. Wonnum is on pace to play nearly double the snaps he did as a rookie and is grading worse by PFF in overall grade and run-defense grade this season. He struggles mightily setting the edge against the run and gets most of his sacks/pressures either unblocked or cleaning up 4+ seconds into the play.

There are no good edge defenders guaranteed to be on this roster next season. Minnesota would be wise to take advantage of a strong draft class in that regard.

You like that? The beginning of the post-Kirk Cousins era begins with the selection of Carson Strong.

If Strong truly lasts until pick 42 like what happened in this simulation, Minnesota just has to pounce. He may not have played against the strongest competition in college, but he has shown a lot of the traits you would like to see in an NFL QB.

He has the arm strength you want to see and has improved each year. After bursting onto the scene in 2020, he upped his overall PFF grade and passing grade in 2021, while maintaining his 6.1% Big Time Throw % and keeping his Turnover Worthy Play % fairly low around 2%.

The big wall to climb in this scenario of course is Kirk Cousins. Will the Vikings be able to move on from his monumental $45 mil cap hit for 2022? It is a possibility that whoever is tasked with running this team will want their own QB and do what they have to in order to move on from Cousins.

Kirk Cousins is who he is at this point. He is a very capable QB that can certainly benefit the next team he plays for, but the Vikings have been stuck in neutral with him leading the charge. As a wise man once said, “It’s time for a new beginning.”

At this point of the draft, it would not be smart to pigeonhole one position to take as you open up the possibility of reaching for need instead of taking the best player available. An interior defender on the defensive line may not be the biggest need with Dalvin Tomlinson and Michael Pierce still under contract through 2022. Depth is very important, however, and either one of those could be shed for cap space (though the team would eat some dead cap in that case).

Mathis has been an all-around player this year, ranking above a 77 PFF grade in overall grade, run-defense, tackling, and pass-rushing, ranking in the top-22 among all college DIs. That gives this team great value at the end of day two, which this team needs to hit on to turn things around sooner rather than later.

Yes, yes, I know. The last time the Vikings took a CB out of TCU, he was a huge bust and likely won’t play another snap in the league. That has nothing to do with Hodges-Tomlinson here, though. His coverage grade took a dip in 2021 after being elite in 2020, but coverage will always be volatile, and he has shown the ability to be a solid corner.

At 5’9” and 177 pounds, he likely will be limited to the slot in the NFL, but that works perfectly for Minnesota. Mackensie Alexander is on a one-year deal and has been the lowest-graded CB in the entire NFL for the Vikings while playing in the slot. If THT can perform well out of the slot he will provide great value to this team in round five.

The Vikings make their new QB happy by pairing him with his college buddy here in Doubs. He has produced over 2,100 yards and 20 TDs with Strong the past two seasons while posting one of the highest average depths of target (aDOT) in the country.

A highlight reel for Doubs is a highlight reel for Strong, and vice versa. When selecting a WR in the sixth round, you are rarely ever getting a complete pass-catcher, but Doubs possesses the deep speed that could benefit the Vikings. Justin Jefferson can also be a deep-threat but allowing him and Adam Thielen to work the short/intermediate areas with Doubs over the top sounds fun to me.

“Helmet scouting” might not be a great idea most of the time, but if you are drafting an offensive lineman, Notre Dame is not a bad place to look. Patterson was college’s highest-graded pass-blocking center this past season and has a solid run-blocking grade as well.

We will know more after the combine and pro days, but Patterson looks to be a good athletic fit for this Minnesota team. He has played center the last three seasons and could be a potential Garrett Bradbury replacement. Vikings fans will not stop until they are satisfied with this Minnesota offensive line, and there might be a riot if the team waits this long to address the position in the draft. If they do, one will think free agency had already been used to bolster the unit.

Mike Jones Jr. put forth an impressive display of versatility and coverage ability in 2020 at Clemson but transferred to LSU and had a bit of a disappointing season like many in Baton Rouge. Betting on Jones Jr. to rediscover some of his Clemson magic is a fairly low risk here after projecting to go much higher after the 2020 season.

Linebacker is a position that almost always goes through a lot of roster turnover, so throwing cheap resources at it will never be a bad idea. Besides, there are a few LSU Tigers on the Minnesota roster already so Jones Jr. should fit right in!

Hendershot has gotten run in Indiana’s offense each of the past 4 seasons, giving him some valuable experience at the tight end position.

Minnesota loves taking shots in the dark on late-round TEs, so why not take one on a guy who just put forth an elite receiving grade in 2021? He has never been a standout run-blocker, so counting on him to come in on 2 or 3 tight end sets might not be his role right off the bat.

That concludes the first mock draft for the 2022 NFL Draft for Minnesota. Change is on the horizon at TCO Performance Center, and mock drafts might be one of the few sources of hope for Vikings fans over the next few months. Stay warm, Minnesota.