Should the Saints bring back Gregg Williams? 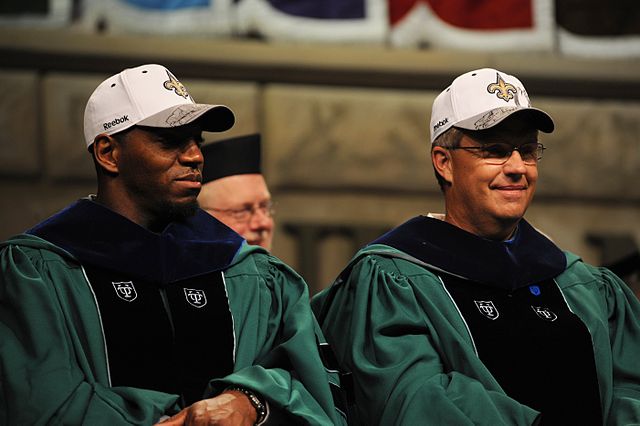 Gregg Williams won a Super Bowl with the Saints

The New Orleans Saints witnessed the offensive genius Sean Payton leave New Orleans and then their former defensive coordinator Dennis Allen replace Payton in the throne. Allen is far from a bridge coach or coaching mind with a mediocre resume. The former Raiders head coach edged out the Kansas City Chiefs offensive coordinator Eric Bieniemy for the spot because Mickey Loomis feels comfortable with Allen leading the expensive, loaded Saints roster to another Super Bowl appearance.

Allen is clearly not the hyper-aggressive and creative football mind that Payton embodies, but Allen isn’t a lightweight in any regard. He knows which buttons to press on the Saints defense and he really knows the importance of the QB spot amid a juggernaut Saints roster. The Saints have already been interested in acquiring a signal-caller like Jimmy Garoppolo and they’ve maintained a positive relationship with Jameis Winston.

Furthermore, Allen has already used his connections and experience to benefit him in this new journey for him. He has retained Pete Carmichael (Saints long-time OC) and he’s also brought in Doug Marrone as the Saints OL coach, who once served as the Saints OC from 2006-2008. It’s clear that Allen will use his Saints ties and familiarity to ascend the 9-8 Saints from a season ago into a playoff contender in 2022.

With this enunciated, I pose the question: should the Saints bring in a former friend, coaching wiz, in Gregg Williams to help the Saints return to their glory days of NFC dominance? I believe they honestly should.

There is no secret that Williams was the former Saints Super Bowl Defensive Coordinator and his defensive unit led the league in turnovers in 2009. He and Allen coached together in their Super Bowl days, as Allen was the Saints secondary coach in 2009.

Williams was canned from the Jets for his exotic blitz against the Raiders. Although, Who Dat Nation can understand the strengths of William’s personality, while also knowing William’s Achilles and boneheaded idea in that type of situation more than any other fan base in the NFL.

The two biggest reasons why I want to see Williams back in NOLA are this: Sean Payton, who really bumped heads with Williams, is gone and the Saints should bring back Williams as a “defensive assistant”. Williams might be a bit of an ego-maniac, but I believe he would be open to returning to an assistant in a winning organization. After his bounty-gate suspension, he was an assistant coach on the Tennessee Titans.

It might be a bold, odd move for Allen to walk in the door and bring in Williams in his first offseason as the Saints HC, but It could be the perfect move. Rob Ryan was recently brought back to the Raiders as a defensive assistant and it could be time for Allen to bring back his old mentor Williams as a defensive assistant. The Saints are close to being a serious Super Bowl contender and their aggressive, versatile defense could benefit from the juice that their former DC brings. Plus, he doesn’t actually have to be calling the shots on the Saints defense in the first quarter or the end of the fourth quarter.