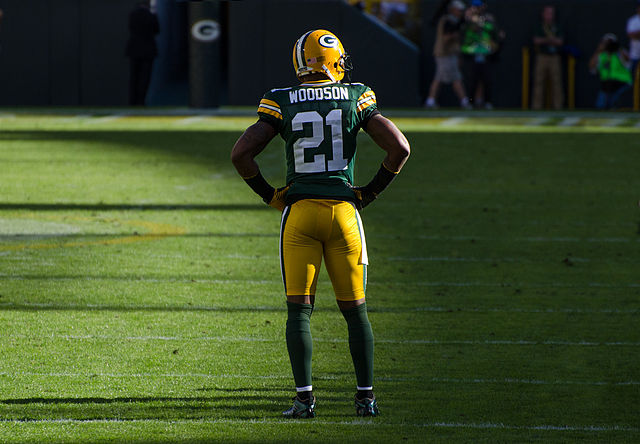 Charles Woodson was a mythical safety

Charles Woodson is still the only primary defensive football player to win the Heisman trophy after he won the prestigious award in 1997. The former Michigan Wolverine and Peyton Manning’s archnemesis had 16 interceptions in three seasons as a Wolverine. He even dabbled at the WR and KR/PR position, as he notched 1 PR touchdown and 1 receiving touchdown in his senior season.

Woodson was drafted by the Oakland Raiders fourth overall in the 1997 NFL Draft and he didn’t dissapoint in his rookie season. He ousted five interceptions (including a pick-six) and two forced fumbles, which led him to win Defensive Rookie of The Year and crack a Pro Bowl spot. The Ball-Hawk would elevate his ability in his sophmore season, as he made the All-Pro team in 1999.

Woodson left the Black Hole and joined the mighty Green Bay Packers in the 2006 off-season. Woodson enjoyed more success in his Packers journey than his time in the west coast. He made two All-Pro teams (2009, 2011) and helped the Packers win the Super Bowl in the 2010-2011 season. Woodson really had a magical 2009 season, as he hauled in a career-high 9 interceptions (a career-high three pick-sixes), four forced fumbles, and a personal best 9 tackles for loss. His uncomparable efforts in his 2009 outing resulted in his winning Defensive Player of The Year.

Woodson reunited with his beloved Raiders squad in the 2013 off-season and he aspired to finish his career on a high note. His team wasn’t potent in 2015 (7-9 record), but the ageless warrior was still playing on a high level (5 interceptions/Pro Bowl honors). The defensive version of Tom Brady retired in 2015 as a Raider.

The former Wolverine, Raider, and Packer was inducted into the Hall of Fame in 2021. Woodson finished his football story as the second player ever to win a Heisman trophy, AP Rookie of The Year, AP Player of The Year, and a Super Bowl. Currently, he’s an NFL Fox analyst and he’s going to cotinue to make bold takes.

He is also married to April Woodson and he has two sons: Charles Jr. and Chase.