What is Kyle Pitts’s dynasty outlook? 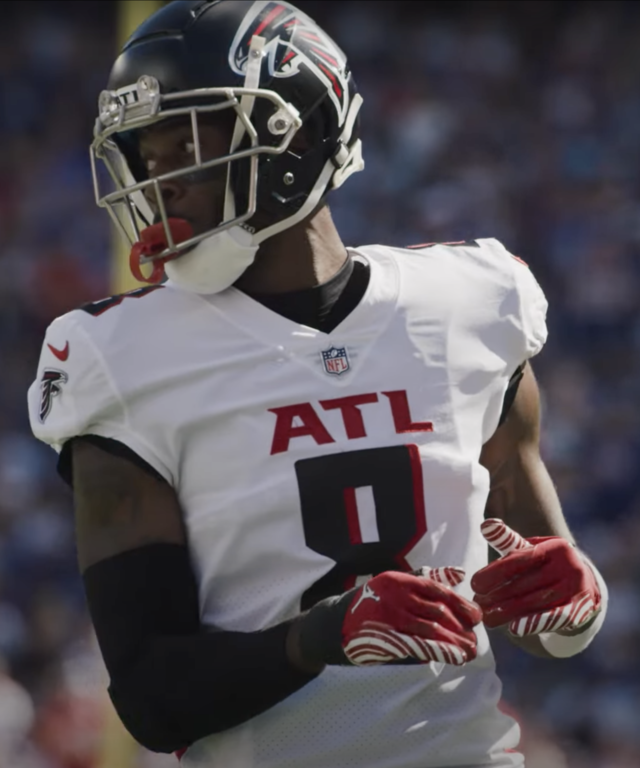 Pitts is nearly universally lauded as the top tight end in dynasty fantasy football. Matt Ryan leaving for Indianapolis and adding Marcus Mariota (or maybe Desmond Ridder) and target competition in Drake London seems to be alarming to some. Let’s dive into the changes in Atlanta and whether or not anything should worry you.

The end of an era

If I had to choose a concern, Ryan leaving would be the thing that bothers me most for Pitts’ future. Not because of Mariota, or even Ridder, but just how hard it is to find long-term stability at QB. Ryan has never been considered as one of the truly elite QBs in the league but has been well above average for a long time. His lack of rushing helps his pass-catchers see more volume than the mobile QBs.

The stats above tell all. Pitts shattered nearly all expectations as a rookie, actually living up to the crazy hype he had. At a position where players are supposed to struggle to adjust to the NFL level, no less. Ryan lost projected top target Calvin Ridley early in the season and leaned on the rookie to move the offense. The only area where Pitts fell short? One single touchdown last year.

For simplicity, we’ll assume Mariota starts for Atlanta, though not sure it matters. Ridder and Mariota are so similar, the only unknown is how Ridder plays in the system. Mariota has worked with Arthur Smith in Tennessee before, so he understands the offense already and has Pitts returning as the top target in the offense.

Mariota has a history of targeting his TEs at a high level and having success doing so. Delanie Walker, his TE target in Tennessee, finished as a top 6 option in each of the three seasons referenced in the tweet above. Those were three of Walker’s four top fantasy seasons and led to all three of his Pro Bowl appearances. Mariota also saw a huge drop-off when Walker got hurt in 2018.

The biggest concern is a familiar one, lack of touchdowns. Walker averaged just over five touchdowns in those three seasons, with a low of three. That could easily limit his ceiling from being the top TE in 2022, but the targets staying in the 120 range will keep him a top-five option.

The long-term concern is constant churn at QB. Mariota and Ridder are fine this year, but if the Falcons struggle you could be looking at another rookie in 2023’s loaded class. Pitts would still be young but any wasted years into the future where he isn’t likely to be the top option makes Mark Andrews closer to Pitts value from a long-term perspective.

In 2021, Pitts was third on the team at just under 6.5 targets per game, trailing Calvin Ridley (10.4) in his 5 games and Russell Gage (6.7) in his 14. Neither are on the team for 2022, and the only significant addition is rookie Drake London. As a rookie, London is unlikely to see over 120 targets. Pitts is set up to lead the team in targets in 2022, a strong sign for his overall production.

From a long-term view, London isn’t the type of underneath target hog that will limit targets to other options and had questions about his athleticism. As such, Pitts is likely to get the downfield higher-value targets, leading to better value.

With all of the above, the simple answer is Pitts is still the clear TE1 in fantasy. If looking to go all in, I’d be willing to trade him for Mark Andrews plus, but that’s it. Pitts looks like a locked and loaded top 5 yearly play for a while. He’s a first-round startup pick in the vast majority of league formats. If the current manager has any Mariota concerns, BUY NOW! Enjoy the positional advantage!