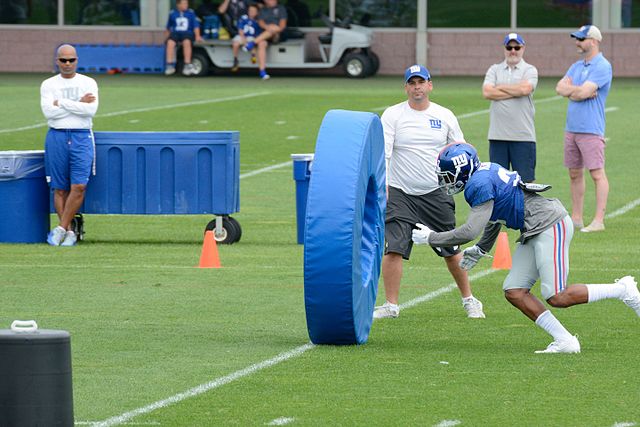 Who is the most overrated player on the Giants?

The New York Giants (4-13 in 2021) desperately need help from a few underachieving profiles on their roster. With that said, I’m going to untwine three overrated Giants at this moment.

The New York Giants inked Kenny Golladay to a four-year contract worth $72 million last off-season. It’s safe to say that Golladay hasn’t lived up to expectations — as he unveiled 521 yards and 0 touchdowns in 2021. Giants Wire pointed out how Golladay was the Giants worst contract. It will be quite difficult for Daniel Jones to oust a career season without a motivated, in-sync Kenny Golladay moving forward.

Leonard Williams needs to return to being a star in the Big Apple. After an impressive 11.5 sack season in 2020, he only mustered out 6.5 sacks in 2021. Williams has expressed that there’s positive energy around the locker room and it’s obvious that DC Don Martindale will get the blood boiling for the entire team. Hopefully, the energized Williams can wreak havoc with the rook Kavyon Thibodeaux in 2022.

The Giants have rising talent with Andrew Thomas, a strong face in Mark Glowisinki, and the shiny Evan Neal. The Giants OL should make noticeably progress from last season and it will be refreshing for the Giants QB-RB duo to witness a more impressive OL in the Big Apple. Although, it’s unclear how productive Jon Feliciano will be in a Giants uniform. He recorded a mediocre 56.7 grade by PFF last season. It will be vital that he can be consistent and not a weak link on the new-look OL.