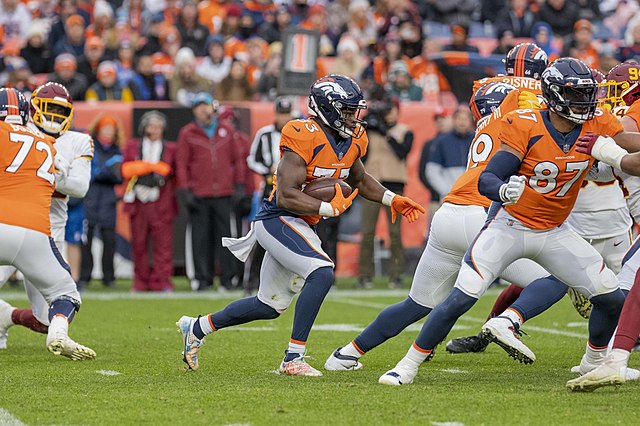 The latest outlook for the Broncos RBs

The Denver Broncos wisely brought back the veteran running back and Wisconsin god Melvin Gordon this off-season. Gordon has averaged 952 rushing yards while unveiling 17 rushing TDs in his two seasons in Denver. The 29-year-old returned to his Colorado home on a one-year contract worth $2.5 million dollars.

Gordon should continue to be the 1B to the 2021 rookie stud Javonte Williams. The Broncos second-year RB had 203 rushing attempts last season (which was the same amount of carries as Gordon), but he should see an uptick in carries moving forward. Kyle Brandt of GMFB has already expressed his praise for the sophomore RB. Per Denver Broncos, Brandt expressed that a lot of hype was around Russell Wilson, but the old-school RB will be very involved with new opportunities, and he will be a big piece in why the Broncos win the AFC West.

Shawn Chilos from SI Fantasy feels strongly about Williams in fantasy football, as he projects him to have 1,500+ combined yards with double-digit scores and 50+ catches or 260 fantasy points. Williams is pegged as the fifth-best RB in dynasty (PPR) by Fantasy Pros.

The Broncos will unequivocally have one of the NFL’s best 1-2 RB punches, but they also carry Mike Boone and Damarea Crockett. I expect Boone, who ran for three touchdowns in 2019, to be the third RB and potential impact player if an injury to one of the top RBs occurs. Crockett is a 2019 UDFA with three career rushing yards, so he will aim to compete for a roster spot and potentially his season in 2022. It also could be noted that former Phillip Lindsay will also not be returning, as he recently signed with the Indianapolis Colts.

Wilson may not have Marshawn Lynch, but he certainly has a quality RB tandem in his new AFC West home. Also – let’s not forget when the former Wisconsin RB isn’t running over defenders, the Wisconsin alumni at QB can and will hurt defenses with his legs (4,689 career rushing yards).