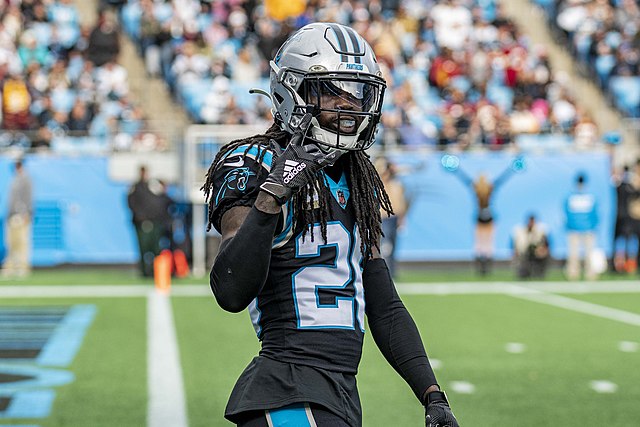 The Carolina Panthers weren’t able to retain the 2019 Defensive Player of The Year Stephon Gilmore this off-season (as he signed a two-year contract worth $23 million dollars with IND), but they did re-sign cornerback Donte Jackson on a three-year contract worth $31.5 million dollar deal. Of course, Jackson has been a stud for the Panthers defensive unit (12 interceptions in four seasons). Jackson ousted a 70.4 grade by PFF in 2020, which was the second-best grade on the defense. In 2021, PFF gave him a 61.3 grade.

Jackson might not be Gilmore, but it’s worth noting that he is five years younger than the short-lived Panthers CB.

The Panthers defense will rely on their 2021 first-round pick Jaycee Horn to step up as the CB2 moving forward. Horn broke his foot after three games last season and spent the rest of the season on IR. It would be an understatement to say Horn is highly motivated after a tough rookie campaign. Per Carolina Panthers, Horn stated, “It killed me regardless of the circumstances, I ain’t hitting my goals last year, you know? I wanted to be in that conversation. I wanted to be in the playoffs, I wanted to win, and I couldn’t do any of that. I was hurt, so even though I couldn’t control it, with me being hurt, it still ate at me bad. So all I can do is keep stacking the days and wait till game one.”

The Panthers should also witness playing time from Rashaan Melvin and C.J. Henderson. Melvin is a 32-year-old CB that will enter his second season with the team (after returning on a one-year deal). His best season came in 2017: three interceptions and 13 pass deflections. Henderson’s name might sound familiar, as the Jaguars selected him ninth overall in the 2020 NFL Draft. The former Jaguars CB that only played in eight games as a rookie was shipped to the Panthers in exchange for TE Dan Arnold in late September last season.

The Panthers may have had struggles with their passing game (with the 32nd ranked QB by Chris Simms), but their pass defense really shined last season – fourth in passing yards allowed last season. I really like the Gilmore-less pass defense moving forward, as Horn and Henderson should help Jackson unveil a potent CB unit in the NFC South for many seasons.