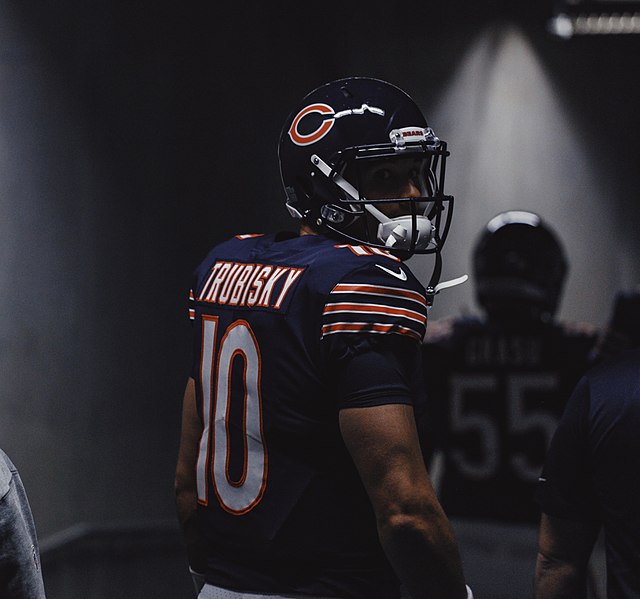 Mitchell Trubisky is underrated in 2022

The signal-caller Jameis Winston struggled as a Tampa Bay Buccaneer in 2019 and then decided to get Bruce Wayne-like training and guidance under the New Orleans Saints during the 2020 season. Winston became wiser with the Saints in 2020, earned the keys to the offense in the 2021 off-season, and then unveiled his best seven-game span with the Saints in 2021. Mitchell Trubisky will look to follow a similar path as Winston – as he didn’t leave Chicago on a high note in 2020. After meditating and competing with Josh Allen and the Buffalo Bills last season, Trubisky will look to have his best season as a starter with the Pittsburgh Steelers in 2022.

Trubisky had growing pains as a rookie, as he recorded a starting record of 4-8. Although, he made the Pro Bowl in his sophomore season and had a very impressive record of 11-3. He also had a career-high 3,223 passing yards and a personal best of 24 passing touchdowns. His passing TD mark in 2018 is quietly higher than Derek Carr’s TD tally (23) in 2021.

He unleashed a winning record in 2019 (8-7) and 2020 (6-3), as well. He may have benefited from a Khalil Mack-led defense, but he certainly has made big plays in pivotal moments (as shown above). His winning percentage (72%) also compares well to the stat machine Kirk Cousins (50%) and the former NFC Champion Jared Goff (82%). Trubisky may not be Patrick Mahomes or a passing yard machine, but he has led his team to a similar success rate as unique, long-time starting QB faces in this league.

Most importantly, the hungry Steelers veteran QB is out of Nagy, aka Alcatraz island. He is in an unmatched culture and he has the best group of WRs (Chase Claypool, Diontae Johnson, and George Pickens) in his career. For the second time in his career, he has a hulk/DPOY winner on defense in T.J. Watt. I certainly expect the talented, clutch, and Steelers QB in a friendly system to be the next NFL QB to have a Steve Jobs-like career rebound and then sincerely unleash a personal best season.