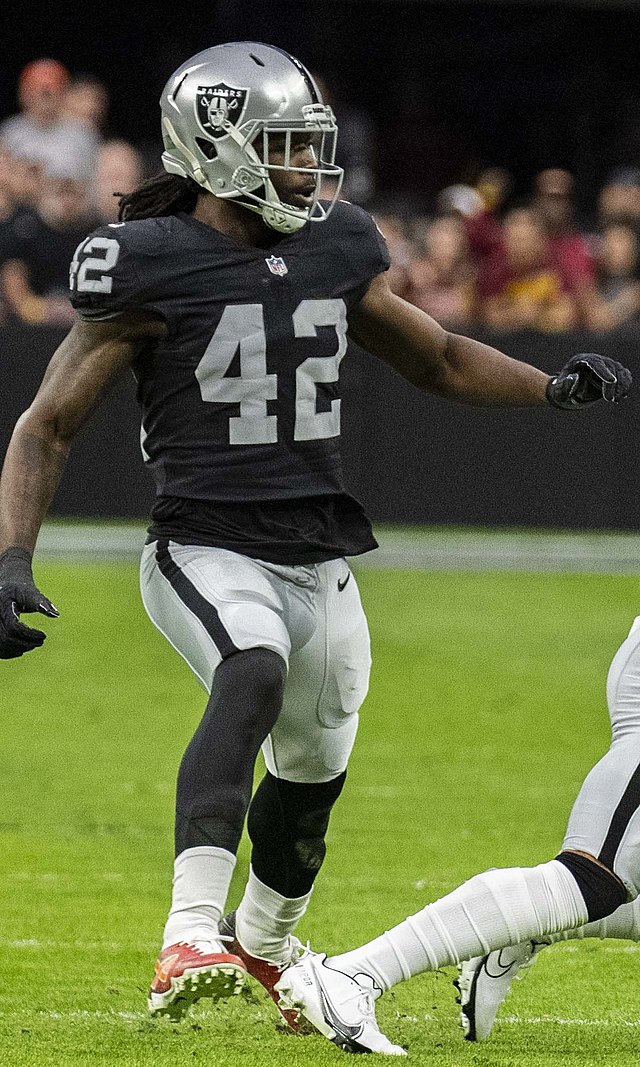 Who is the most underrated player on the Raiders?

The Las Vegas Raiders are on the brink of being an AFC juggernaut in the near future. With that said, I’m going to simply untwine three profiles on the Raiders that could turn heads and help LV beat squads like BUF, CIN, and KC next season.

Perryman was unequivocally an amazing value signing in 2021 for the Raiders. After playing in a Chargers uniform for six seasons, the LB Denzel Perryman cracked his first Pro Bowl spot with the Raiders in 2021. Perryman had career-high marks in tackles (154 and fumble recoveries (2). He also had 5 TFLs and 3 QB hits. The Raiders ILB could have more opportunities with Chandler Jones in the same unit. Perryman is bound to be a FA in the 2023 off-season, so it’s important that LV can retain their star LB.

The former Cardinals RB, Kenyan Drake, should definitely thrive under Josh McDaniels moving forward. Drake registered 1,092 all-purpose yards and 10 RRTDs last season in 2020, but he took a noticeable dip in 2021: 545 total yards and 3 RRTDs. A healthier Drake with a sharp offensive play-caller (that nicely utilized James White) could shine with excellent receiving match-ups and as the RB2 behind Josh Jacobs. Drake is also in the last year of his contract.

Kolton Miller is the glue in the Raiders offense and he will need to keep climbing the ladder in 2022. His presence will be extremely vital against the fierce AFC pass rushers like Khalil Mack, Joey Bosa, and Melvin Ingram. Miller finished as the fifth-best OT by PFF last season, so perhaps an All-Pro season is on the horizon. Miller signed a three-year contract extension worth $54 million dollars in the last off-season.

Darren Sproles: tribute and reflection
3 underrated players on the Buccaneers