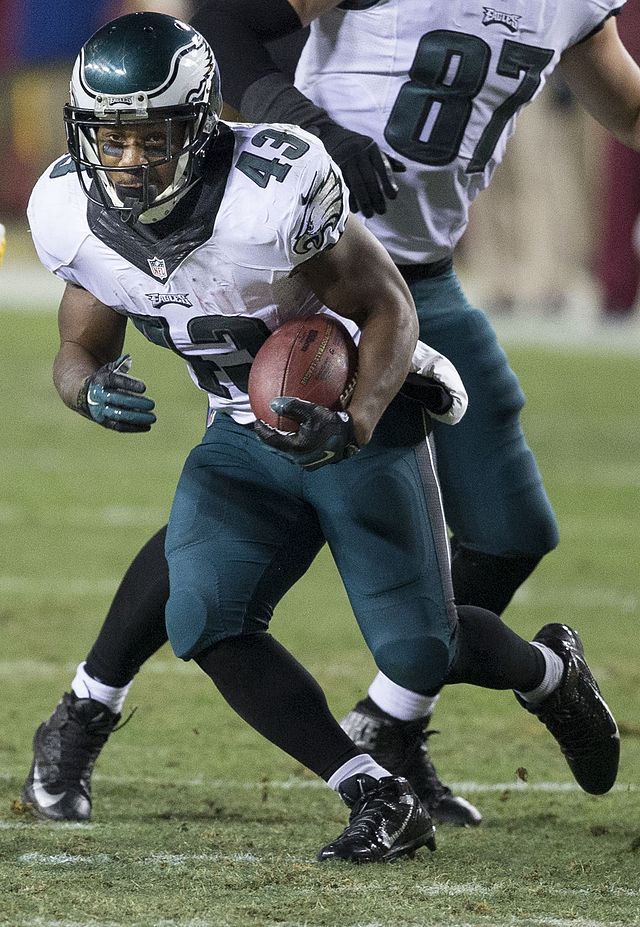 The utterly quick human being Darren Sproles entered the league as a fourth-round draft pick with the San Diego Chargers in 2005. Sproles didn’t gain steam in his rookie season nor his sophomore season (as he missed the entire season with a broken foot), but he did make flashes of greatness in his third season: 6 total touchdowns, 672 all-purpose yards, and two return touchdowns.

He really blossomed with Drew Brees and the New Orleans Saints in 2011. He recorded set an all-purpose yard record (2,696 yards/1,313 yards from scrimmage) in his first season in the Big Easy. Peyton Manning was quite jealous that Brees had a weapon like Sproles in his arsenal. The 5’6 Sproles was still the x-factor (as opponents focused on the 6’7 Jimmy Graham) in 2012 — as Sproles unleashed 911 yards from scrimmage and 8 total touchdowns in 13 games.

Sproles might have been an “aging RB”, but his versatility allowed him to excel at his next home: Philadelphia. Sproles joined another offense with a creative play-caller in Chip Kelly. In 2014, he recorded two punt return touchdowns (outside of six rushing and receiving touchdowns), earned a trip to the Pro Bowl, and he was named second-team All-Pro. The do-it-all-RB would also have a Pro Bowl nod in 2015 and 2016.

Sproles finished his career with 55 RRTDs and 9 return touchdowns (including 7 punt return touchdowns). He won’t be a Hall of Fame candidate, but will certainly be remembered as one of the NFL’s best x-factors.