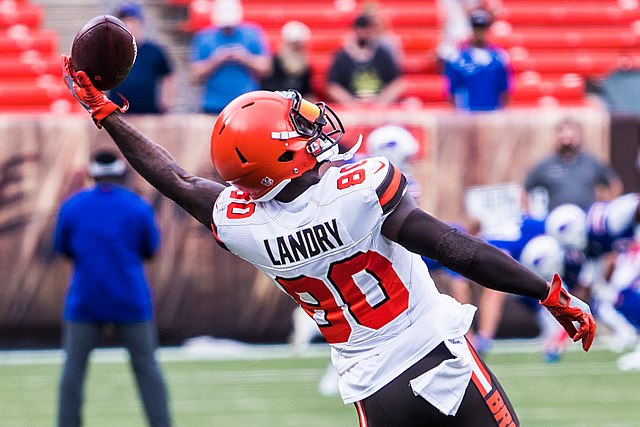 Who has the most underrated WR group?

The New Orleans Saints wide receiver room wasn’t imposing by any means last season. The former OPOY winner Michael Thomas didn’t even touch the field, so the Saints were essentially left to lean on young, undeveloped wideouts to scrape for prominence in the Drew Brees-less era. Marquez Callaway led the Saints in receiving yards last season with 698 yards. With that stated, I believe the Saints should feel a lot more confident with their shiny WR room in 2022.

Cantguardmike is finally healthy and seeking vengeance. The Saints traded up to draft another Ohio State WR in Chris Olave. Olave ran an official 4.39 40-yard dash at the NFL Combine. If fans were excited about Winston’s ability to connect with the speed-demon Deonte Harris (who had 15.8 YPC), they will be blown away by how productive the explosive and smooth rookie should be with defenses focused on MT.

The Saints also brought Jarvis Landry back home this off-season. Landry made five straight Pro Bowls from 2015 to 2019. He wasn’t a quality WR amid the demise of Baker Mayfield last season, but he did oust 72 receptions and 840 yds in 2020. He also earned a superb 84.1 grade by PFF in 2020. The 29-year-old can certainly be an elite slot weapon for at least a couple of more seasons.

It’s obvious that the Saints have a fantastic WR trio and they should feel comfortable with their WR4 and WR5 that had their feet wet last season. Furthermore, I believe the Saints easily have the most underrated WR group in the league.

Thomas may be an unpopular figure on Twitter, but he is capable of being the WR that averaged roughly 86 yards per game with Taysom Hill on a four-game stretch at the very least. He may not have the most accurate QB in NFL history, but Winston will offer positives (such as arm strong) that weren’t available with Brees. Nick Underhill, who is a whiz of Saints coverage, boldly stated that a healthy MT could be the best thing that’s happened to the Saints this off-season.

I really believe the fact that MT is disrespected hinders the Saints WR group ranking. PFF ranked the Saints WR room as the 14th best WR unit (after the likes of Denver and Seattle). Yardbarker had a slightly more optimistic angle than PFF — as they pegged the Saints WR group as the 8th best WR group. I believe a logical place for the Saints WR group is around the 5th spot. I believe Thomas, who has made positive strides throughout the off-season, to be healthy and a consistent top-tier play-maker. Most importantly, I do expect that the Saints have a strong game plan for the OSU WR that was traded up for. I expect the combination of the ceiling of MT and Olave with a reliable Landry to honestly unveil to be at least a Top-5 WR unit in 2022.