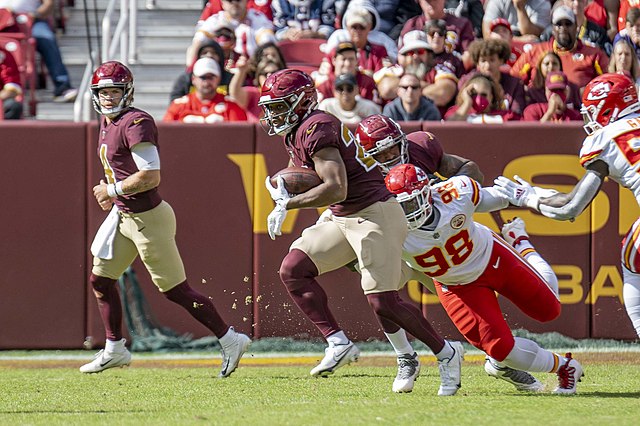 Who is the best pass rusher trade target for the Chiefs?

The Kansas City Chiefs offense can score at will against any opponent, but they could certainly benefit from more pass rush talent on their defense. With that said, I’m going to simply untwine three pass rushers that would be logical trade targets for the Chiefs.

The New Orleans Saints pass rusher Marcus Davenport hasn’t quite cultivated into a reliable force on the field (11 missed games in the past two seasons combined). Nonetheless, Davenport is utterly productive in his on-field snaps. He registered an 88.8 grade by PFF last season. The Saints have two lethal pass rushers not named Marcus Davenport in Cameron Jordan and Payton Turner. They may be open to trading the slightly inconsistent Davenport, who is entering the final year of his contract.

The Philadelphia Eagles have one of the most talented front sevens in all of football. They brought in Haason Reddick (23.5 sacks in the past two seasons combined) and Brandon Graham will return healthy. With that said, the Eagles could be open to dealing with their young pass rusher, Derek Barnett. He has slightly underperformed, but he still has three seasons with 5+ sacks and 16+ QB hits. He could help the Chiefs have a fine pass-rushing rotation — as he also has sneaky upside.

The Bears shipped away the mythical figure in Khalil Mack this off-season. It wouldn’t be a complete surprise if the rebuilding team traded the expensive, 32-year-old pass rusher Robert Quinn, as well. Quinn could be the cherry on top for the Chiefs team, as he is coming off a monster 18.5 sack season. Kristopher Knox of Bleacher Report suggested that the Chiefs should consider acquiring Quinn. The former Ram would be the most challenging profile to acquire, but he may be worth it.