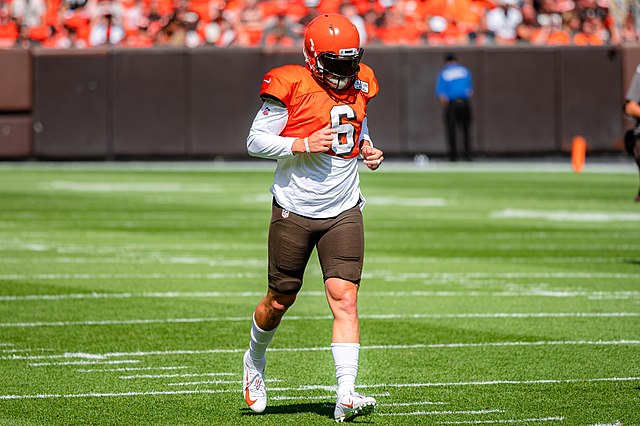 Who is the biggest loser from the Baker Mayfield trade?

The Carolina Panthers officially traded for quarterback Baker Mayfield today. Per NFL.com, the Panthers are delivering a fifth-round draft pick in 2024 to the Browns for the big-arm QB. Mayfield is finally out of his personal Alcatraz (also known as Cleveland), while the underrated Panthers squad acquired a QB that should earn the keys to the offense in Week 1.

With that said, Mayfield (assuming he’s the starting QB) will be in full John Wick-mode in the Panthers contest against the Browns in Week 1. The Browns battle against the Panthers will be an exciting, dramatic, and competitive show-down.

With that enunciated, I’m going to simply untwine three winners and three losers from the blockbuster Mayfield trade.

The Panthers head coach, Matt Rhule, is walking on fewer eggshells after they upgraded the QB position — which previously featured Sam Darnold as the projected starter. Rhule will not only have Christian McCaffrey healthy, but he will have a talented quarterback that can utilize the weapons on a high level if he’s in sync and healthy. Rhule has a record of 10-23, but he should feel a lot more comfortable about the chance of having his first winning record in 2022 with the former Browns QB.

Darnold may express that he’s a “good” quarterback on “Bussin’ with the Boys”, but his 2021 performance was actually dreadful. The former USC stud threw 9 touchdowns to 13 interceptions while ousting a 4-7 record. Plus, the Panthers have a young, potentially better QB to couple with Baker in Matt Corral. Darnold, who is a FA in 2023, will likely be traded soon or looking for a new home after the 2022 season.

Robby Anderson may not prefer Baker Mayfield in secrecy, but it’s obvious that Mayfield can help the deep threat more than Darnold. Anderson was one of the most under-utilized deep threats in 2021, so it’s time for the Mayfield-Anderson connection to thrive moving forward. Anderson recorded 15 YPC in 2018 and 2019, but he had a career-low (to say the least) 9.8 YPC in 2022.

The Saints have a healthy QB-WR duo in Jameis Winston and Michael Thomas. Plus, they brought in the Honey Badger (who was All-Pro in 2020 and 2019). Although, they still have a brutal path in 2022 — seventh most challenging schedule. They may be really pushing for a wild-card spot next season, so it’s vital that they don’t cough up a loss against the Panthers.

Assuming Deshaun Watson missed at least a large chunk of 2022, Jacoby Brissett is guaranteed as the Browns temporary, starting QB. The 29-year-old QB has a golden opportunity to prove his worth with a Browns offense that features Nick Chubb, Amari Cooper, and Kareem Hunt. Perhaps Brissett can play well and earn an impressive contract with a team like the Jets in the 2023 off-season.

The Panthers 27-year-old quarterback, P.J. Walker, will have a brutal chance of making the Panthers roster with Mayfield onboard. The former XFL QB that threw a touchdown in a Panthers uniform last season will likely not be retained as a fourth-string QB. However, I trust that he will have another opportunity elsewhere at this stage in his career.